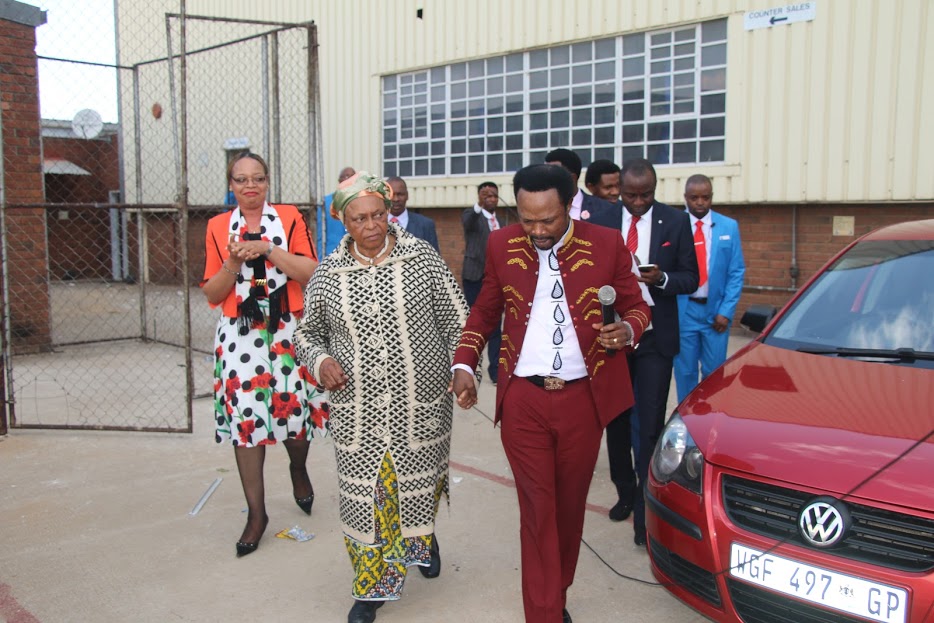 A Nigerian pastor, Joshua Iginla, has emphasised that his act of giving to the less-privileged in the society is not for show off as some are speculating.

Prophet Iginla, who is the General Overseer of Champions Royal Assembly, is known to be generous to many people who run to him for help.

But despite this, he has come under criticisms from some quarters.

One of the climaxes was when Prophet Iginla gave a brand new vehicle to a 78-year-old woman, who could only mutter “I am overwhelmed.”

Also, some of the 34 widows, who received gift items from the cleric burst into tears when they could not believe their eyes.

They expressed gratitude to the man of God and urged him to stay in their country permanently.

But explaining reasons for his kind gesture, Prophet Iginla, who is based in Abuja, Nigeria, stated that, “As a way of marking my birthday, I feel that we should show more love to these ones and more love to them than any other person.

“We are not showcasing them to show we are givers but to teach you to visit orphanages. There are some children without parents, show them much love.

“To me, my birthday is not about what you give to me, it’s about how many times these loved ones (orphans) can be touched by the feelings of our love.”

Commenting further, he said, “What I have given in the secret is so much that it cannot be compared to what I’m giving as an example for you to do.

“If we don’t give like this, you won’t know we are giving. You will be criticising us saying that all these men of God don’t give.”

“It is believed that when a Nigerian comes to South Africa, he has come to take money. No, it’s a passion and our passion is just to help souls.

“In Botswana, we built a house for a widow, both in America, in London, I do same. My private jet is the widows, orphans and less privileged I touched. If I want to buy three or four jets, I can buy but these are my priority,” he added.

On Friday afternoon, some residents of Ibadan took to the streets to express their frustration at the development, which is coming at a time consumers have to queue for petrol. They had bonfires on the road and disrupted business activities in some areas of the city.