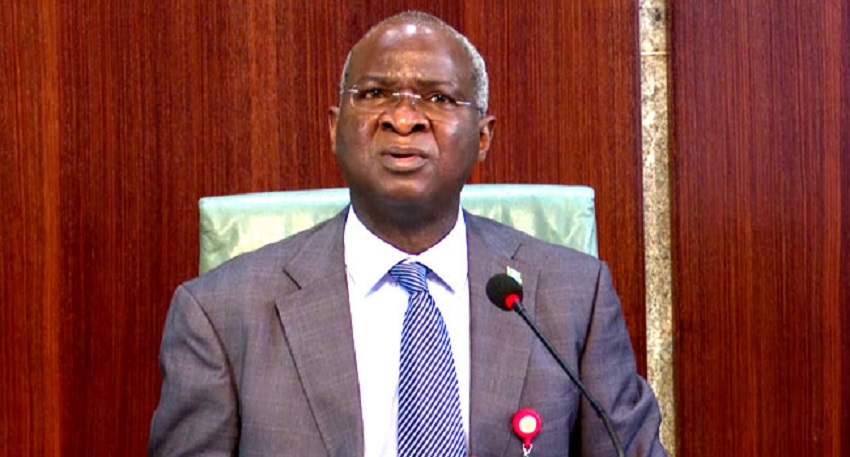 The Nigerian National Petroleum Corporation (NNPC) is set to deploy some of its tax liabilities to 21 road projects across the six geo-political zones following the approval of the Federal Executive Council (FEC).

The Minister of Works and Housing, Mr Babatunde Fashola, after Wednesday’s virtual FEC meeting, presided over by Vice President Yemi Osinbajo at the Presidential Villa, Abuja, said that the NNPC tax deployment would not be a one-off payment but periodic and gave the projected commitment to the road projects as N621.2 billion.

The Minister said that the roads would cover a total distance of 1,804.6 kilometres, stating that there was an Executive Order 7, signed by President Muhammadu Buhari, allowing private sector operators to identify infrastructure such as roads for which they would deploy in advance the taxes that they should have paid.

“You recall that I had briefed you here about the use of that policy by the Dangote Group on the Obajana to Kabba and Apapa to Oworonshoki.

“Earlier this year, there were five other roads, the Kaduna Western Bye-pass, the Lekki Port Road, the road from Sagamu through Papalanto and a couple of others like that.

“So, today we have another player; we have other interested players who are showing interest but we haven’t concluded.

“But we have another player who has shown interest and committed to deploying taxes and it is the NNPC.

“So, NNPC has identified 21 roads that it wants to deploy some of its tax liabilities to,’’ he said.

The Minister said that the instructive thing about the initiative was that it would help the government to achieve many things, including Ministerial Mandates Three and Four, which were discussed at the recent retreat.

He said that the Ministerial Mandate Three was energy sufficiency in electric power and petroleum energy distribution across the country.

According to him, the petroleum energy distribution is being impacted positively and negatively by the transport infrastructure, which is the Ministerial Mandate Four.

“So, NNPC has sought and the council has approved today that NNPC deploys tax resources to 21 routes covering a total distance of 180.6km across the six geopolitical zones.

“Out of those 21 roads, nine are in the North-Central, particularly Niger State; and the reason is that Niger State is a major storage centre for NNPC,” he said.

He said that NNPC’s gesture would facilitate petroleum distribution across the country as Niger experiences gridlock every year.

Mr Fashola said that the Niger governor had been complaining that his roads were being damaged by trucks.

He said that drivers, after damaging the roads with their overloaded trucks, would turn round to protest against the damage they had caused.

“Then, in the South-West, you have the Lagos-Badagry Expressway, the Agbara junction, and you also have Ibadan to Ilorin, the Oyo-Ogbomosho section.

“In the South-East, you have the Aba-Ikot-Ekpene in Abia and Akwa Ibom; so that is a major link; then you have Umuahia-Ikwuano-Ikot-Ekpene road again and so on so forth.

“So, in the North-West, it is Gadar Zaima-Zuru-Ganji road and also Zaria- Funtua-Gusau to Sokoto Road.

The Minister said that the move by the NNPC would resolve the financing problems regarding the execution of the road projects.

He said, for instance, that the Aba-Iko-Ekpene road had an estimate of about N30.3 billion in it while the provision in the budget was N200 million.

“If you look at the Suleja-Minna road, Section 2, it has N25.76 billion to complete it; the provision in the budget this year, is just N100 million.

“So, with these interventions, all those roads will be fully funded; you don’t have budgetary challenges and financing challenges anymore.

“So, the council approved this as strategic funding for this road network.’’

Mr Fashola said that another memorandum related to the road was also presented to the council, with regard to a section of the Calabar-Ikom-Ogoja Road, the section linking Akpet Central.

He said there was a problem with the steel-reinforced drains on the road.

“Those drains were put there about 42 years ago and 86 of them have failed.

“We need to replace them now with concrete ring drains to allow water to flow; otherwise, the retention of water badly impacts the road.

“As a result of that, we had to revise the scope of works from rehabilitation to construction in order to remove all the old steel drains that are corroded and replace them with concrete drains, over 75 km of the road network.

“That required an augmentation of the contract by an additional sum of N12 billion; that memo was approved,” he said.

I Know Nigerians Are Not Enjoying Quality Power Supply—Minister