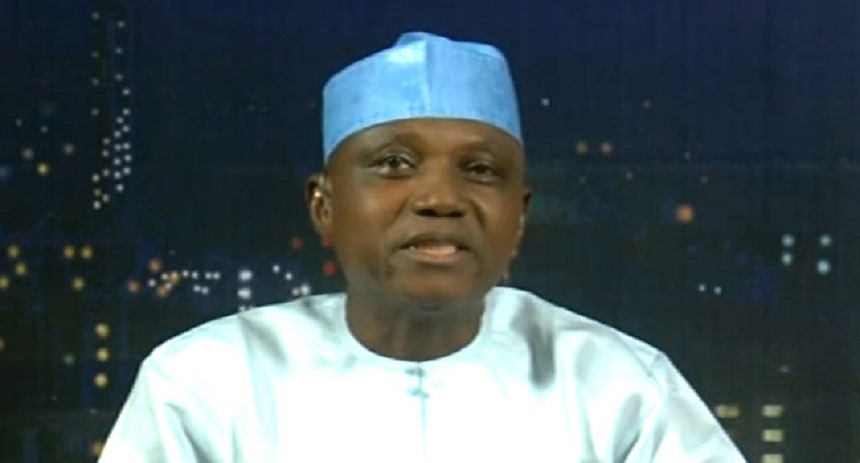 A Senator from Kastina State, Mr Ahmed Babba-Kaita, has described spokesman of President Muhammadu Buhari, Mr Garba Shehu, as “highly irresponsible” for his comments on the killing of rice farmers in Borno State.

Over the weekend, scores of farmers were killed on their farms by Boko Haram terrorists and during an interview with BBC Hausa, Mr Shehu reportedly said the farmers were killed because they did not get clearance from the military due to the volatility of the area.

While speaking at the plenary on Tuesday, the lawmaker said, “It is no longer acceptable to any Nigerian on the situation we found ourselves.”

“If the statement by Garba Shehu is true, then he is highly irresponsible. And we can no longer accept the explanation by our military.

“It is time we sit one-on-one with the military to know what is really happening. If nothing is done, then we must be prepared for another mourning.

“Mr President is doing his best but if there is no result then his best is not good enough,” the Senator, who spoke on the motion moved by former Governor of Borno State, Senator Kashim Shettima, said.

Another member of the red chamber of the parliament, Mr Adamu Aliero, in his contribution, said it was wrong for the President to send a delegation to Borno, saying that Mr Buhari should have personally gone there.

“As I speak, my heart bleeds because innocent people have been killed. These people were trying to make a living and unfortunately, they met their end. Mr [Senate] President, this doesn’t happen anywhere in the world. It is the height of insecurity. This is a condemnable act.

“Mr President should have gone to Borno State to condole with the government and people of the state and not to send a delegation.

“The primary function of the government is to protect. Have we not failed? This is about leadership doing what it ought to do.

“We swore to this Constitution to protect lives and property. We have deprived Nigerians who want to farm of farming. We are crying about food shortage.

“The President is the Commander-In-Chief. If there is a failure in the military, it means the President is not doing enough. It is time we take the issue of community policing seriously.

“If you take an Ijaw man to Borno State, and there is an attack, he/she will not know where to run to. Let us use those who know the work to do the work,” Mr George Sekibo submitted.

At the end of the debate, the Senate asked Mr Buhari to take immediate steps to restructure, remodel and revamp the country’s entire security architecture and provide enough state-of-the-art weapons and equipment to effectively combat the belligerent power of the insurgents.