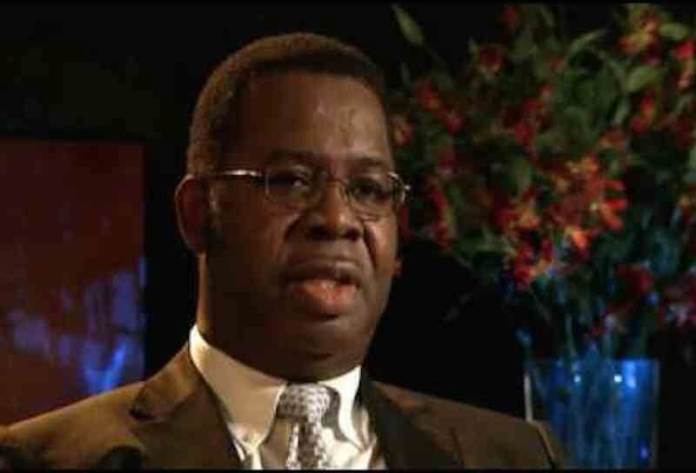 Mr Basil Omiyi has been announced as the new Chairman of the Board of Directors of Stanbic IBTC Holdings Plc.

Mr Omiyi succeeds Mr Atedo Peterside, who resigned as a Non-Executive Director and Chairman of the Board on March 31, 2017.

A statement issued by the firm noted that the election of Mr Omiyi as Chairman of Stanbic IBTC took effect from May 15, 2017, following the receipt of all required regulatory approvals.

Mr Omiyi was appointed as a Non-Executive Director on the Board of the company in March 2015. He spent most of his career at Royal Dutch Shell in various roles both in Nigeria and Europe, including Head of Production Technology, Chief Petroleum Engineer, Managing Director of Shell Petroleum Development Company of Nigeria Limited, and ultimately country Chairman of Shell Nigeria.

He is currently an Independent Non-Executive Director on the Board of Seplat Petroleum Development Company Plc.

The Board expressed confidence that Mr Omiyi’s leadership would be instrumental in moving Stanbic IBTC forward. 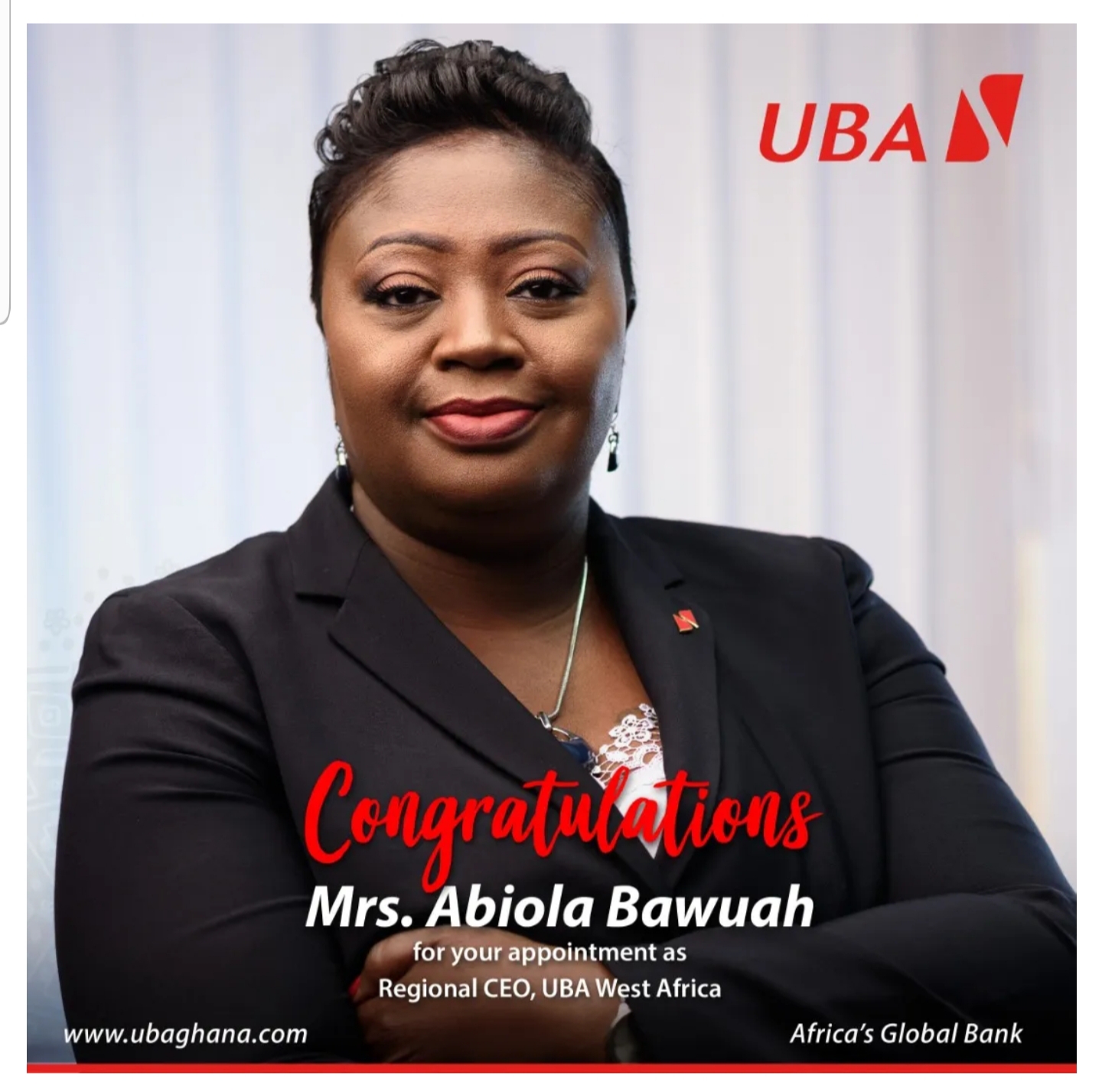 A Ghanaian national, Mrs Abiola Bawuah, has been appointed as the first female chief executive for UBA Africa, a statement from the financial institution has said.

With her appointment, she joins the group board as an executive director, overseeing the organisation’s operations across the African continent, outside Nigeria.

According to the disclosure from the lender, the appointment of Mrs Buwuah demonstrates its commitment to diversity, bringing the total number of female directors in the UBA Group Board to eight.

Prior to her appointment, Mrs Bawuah was Regional CEO of West Africa, supervising the group’s operations in nine subsidiaries, including Benin, Burkina Faso, Cote d’Ivoire, Ghana, Guinea, Liberia, Mali, Senegal, and Sierra Leone. She previously held the role of the CEO of UBA Ghana.

“Abiola has contributed significantly to the growth of UBA Africa for close to a decade. She brings a wealth of experience in commercial banking and stakeholder engagement.

“It also gives me great pleasure that with her appointment, the UBA Group Board has now become a majority female board,” the Group Board Chairman of UBA Plc, Mr Tony Elumelu, said.

In addition, Mr Uzoechina Molokwu will take on the role of Deputy Managing Director (DMD) of UBA Ghana, subject to local regulatory approvals. He was previously the Executive Director for Business Development at UBA Côte d’Ivoire and has over 23 years of banking experience.

Further, Mr Ayokunle Olajubu has been asked to take charge of UBA Liberia, subject to local regulatory approvals. He currently drives compliance across African subsidiaries and comes with 30 years of banking experience in Nigeria and other African countries, including Sierra Leone, Cote D’Ivoire and the Gambia.

Similarly, Mr Usman Isiaka, currently the CEO of UBA Sierra Leone, will be the Deputy CEO of UBA America, subject to local regulatory approvals, while Mr Adeyemi Adeleke, the former CEO of UBA UK, is now the Group Treasurer. He will be working to unlock the immense value in the Group’s multi-jurisdictional balance sheet, leveraging on its presence in 24 countries within and beyond Africa.

Meanwhile, UBA has announced the retirement of Mr Samuel Oni, an independent non-executive Director, from the board following the expiration of his tenure.

He joined the UBA Group in January 2015 and served on the board of the group for eight years.

In the statement, Mr Elumelu thanked him for his commitment, leadership and extensive contributions to the UBA Group, wishing him the best in all his future endeavours.

How to Improve the Efficacy of Your Remote Workforce

With the increasing prevalence of remote work, companies are looking for ways to make the most of their remote workforce and maximize its efficacy. As such, businesses must understand how to improve the performance of their remote teams and find effective strategies to ensure successful outcomes.

Clear and consistent employee voice needs to be included in improving the efficacy of a remote workforce. Employers should incorporate feedback from their employees, such as through hosting employee surveys or questionnaires, to get an idea of what is working, what could use some improvement, and how they can make the remote working experience better for everyone.

It is standard employee input that will help to eliminate any potential issues before they arise. Additionally, employers should aim to foster a sense of community amongst their team members by organizing virtual meetings or check-ins where issues can be openly discussed and reliably addressed. This fosters meaningful communication between teammates and encourages creative ideas that benefit the team.

Another way to enhance the performance of your remote workforce is by providing appropriate training and development opportunities. Companies should ensure that all remote workers have access to the same educational materials they would receive if they worked in an office environment.

By giving employees access to online classes or webinars, businesses can ensure that their employees are up-to-date with the latest advancements in their field. Companies should also consider offering incentives or rewards when goals are met to give staff an extra incentive for performing better than expected.

3. Creating a Sense of Community

Something else employers should focus on when trying to improve the efficacy of their remote workforce is creating a sense of community amongst team members. Although this may be harder due to the physical distance between members, there are still plenty of ways for organizations to foster workplace friendships and build trust within teams – holding virtual happy hours or game nights are just some examples of what can be done remotely. Regular catch-ups allow team members to get comfortable with one another, encouraging collaboration and creativity when working together on projects.

In addition, employers should consider taking measures that keep track of employee progress so they can more accurately measure performance levels among individuals regularly. Utilizing time-tracking apps or automated attendance reports are just some solutions businesses can implement which help them identify any potential issues early on with greater accuracy. Setting clear objectives and measurable outcomes also provides teams with something tangible they can aim toward while helping managers identify areas where additional support is required.

Employers must keep morale high amongst their remote staff by recognizing successes often while acknowledging challenges they face along the way – big and small wins! Showing appreciation through compliments or praise goes a long way towards making staff feel appreciated even though they might not physically be present every day like those who work out of an office environment would be.

Employers can also create awards programs that recognize outstanding performances throughout different departments or particular milestones achieved by individuals. These initiatives not only help boost morale but can also act as motivation for others striving towards achieving similar feats within the company too!

Finally, ensure your remote workers have access to all the tools to do their job effectively and efficiently. This means having a reliable internet connection and up-to-date hardware such as computers or laptops. Investing in cloud storage solutions such as Dropbox or Google Drive can enable collaboration among team members worldwide.

Furthermore, if certain applications or software programs are required for certain tasks, make sure those are readily available for your employees so that there won’t be any unnecessary delays or roadblocks along the way.

Improving efficiencies amongst your remote workforce requires careful consideration from both employer and employee alike – it’s crucial for companies who wish for success out of this venture! With technology growing ever more advanced every day now more than ever before, there exists plenty of solutions available that facilitate better communication and collaboration amongst teams no matter where each member may reside geographically. Taking advantage of such advances will go far towards helping organizations reach greater heights quicker than they thought possible beforehand.

For the fourth consecutive year, the Nigerian subsidiary of Japan Tobacco International (JTI), Habanera Limited, has been recognised as a Top Employer, while the parent firm retained its position for the 9th consecutive year.

This latest certification recognises the excellent working condition provided at the organisation as excelling in each of the assessment categories, which included outstanding HR policies and practices, employee well-being, diversity and inclusion and exceptional learning and development opportunities.

Speaking on this year’s recognition as a Top Employer in Nigeria, the General Manager of JTI’s entity in Nigeria, Mr Thomas Adams, said, “We are extremely delighted to be recertified by Top Employer Institute as a Top Employer both in Nigeria and globally. This award is a confirmation of the efficiency of our people policies, which continue to create an optimal environment for our talents to grow, thrive and fulfil their potential.”

Mr Adams further stated that, “At JTI, investment in our people is at the heart of everything we do. From the provision of equal opportunities, an open environment, and development programmes to general employee well-being initiatives, we continue to offer the right resources for our people to attain their personal and career aspirations.

“This latest award will push us to continue prioritising our people by keeping them safe, engaged and inspired towards ensuring JTI remains a great place to work for our valued talents and an attractive destination for future talents.”

The Top Employer certification is awarded by the Top Employers Institute, which conducts an annual international audit of leading employers around the world.