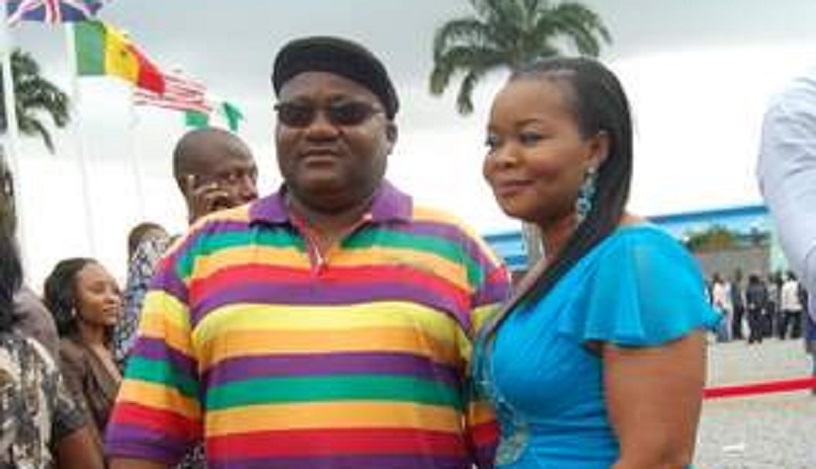 Mr Ola Ibironke, otherwise known as Dudu Heritage, has died. The socialite, who married a top actress, Bimbo Oshin, was said to have slumped and died on Sunday night in Ibadan, Oyo State.

The deceased was the captain of the popular Ibadan Golf Club. He was a music promoter, who was hailed by Fuji maestro, Abass Akande Obesere.

Confirming the demise of the socialite, the Ibadan Golf Club, in a statement, expressed shock over the demise of its captain and suspended all club activities to honour the deceased.

“We are shocked by the sudden demise of our captain, Mr Ola Ibironke.

“The course is hereby closed and all club activities are suspended until further notice while the flag will be hoisted at half-mast.

“Our prayers are with his family and members of this great club. Further details will be announced later,” the statement from the organisation disclosed.

According to reports, when Mr Ibironke slumped last night, frantic efforts were made to bring him back to life, but they proved futile.

As at the time of filing this report, the cause of the death of Mr Ibironke was yet to be disclosed.

The music promoter and businessman, who used to live in the United States of America, relocated to Nigeria and moved to Ibadan with his wife. 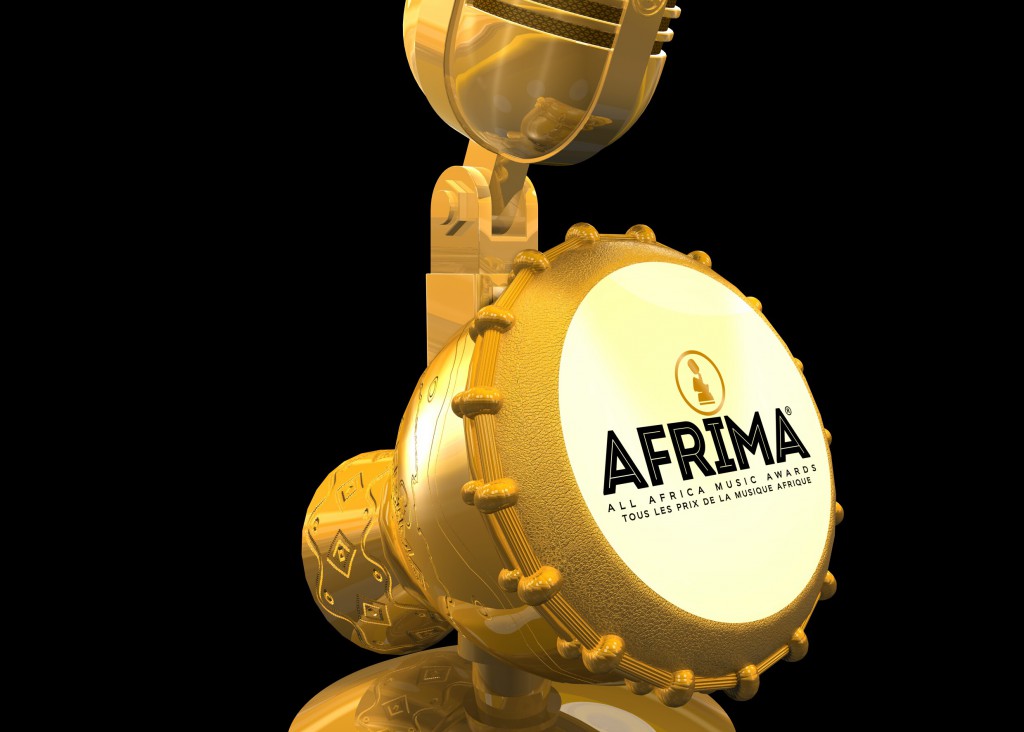 The nominees’ list for the All Africa Music Awards (AFRIMA) 2021 has been released by the organisers, with the Best Soundtrack in a movie/series/documentary film category suspended.

Mrs Angela Martins, a member of the 13-man AFRIMA jury, said that this was a result of the low quality of entries for this year’s edition.

Recall that earlier before the deadline for entries submission, three new categories were added to the existing 37 award categories of the laurel platform which included Best Soundtrack in a movie/series/documentary film, Best Global Sound, and Breakout Artiste of the Year as approved by the International Committee of AFRIMA and The AFRIMA International Jury.

However, Mrs Martins assured that for the other categories, the committee gave Africans and the world the very best nominations and songs under the year in review.

The shortlist, which was released on Wednesday, was from over 8,880 songs submitted for adjudication and features a selection of over 400 songs from artists in the 30 continental and 10 regional categories.

Nominated African artiste by the 13-man AFRIMA panel cut across talents and creatives living on the continent and in the diaspora.

This was followed by another South Africa talent, Focalistic, bagging seven nominations with the hit single, ‘Ke Star’ [Remix], which featured Davido and Virgo Deep.

Next on the scorecard was Nigeria’s made-in-Lagos crooner, Wizkid with six nominations for his hit song, ‘Essence’ featuring Tems, including ‘Artiste of the Year in Africa’, ‘Best Male Artist in Western Africa’ and ‘Album of the Year’.

The Afrobeat singer’s other nominations are ‘Best African Collaboration’, ‘Song of the Year in Africa’, and ‘Best Artiste, Duo or Group in African R n B Soul

Closely followed was Aya Nakamura of French-Mali with her single, ‘Plus Jamais’ featuring Stormzy with five nominations.

DMW boss, Davido, and Patoranking from Nigeria; Fally Ipupa from DRC Congo); MHD from Guinea; and Rayvanny from Tanzania were also nominated in four categories. 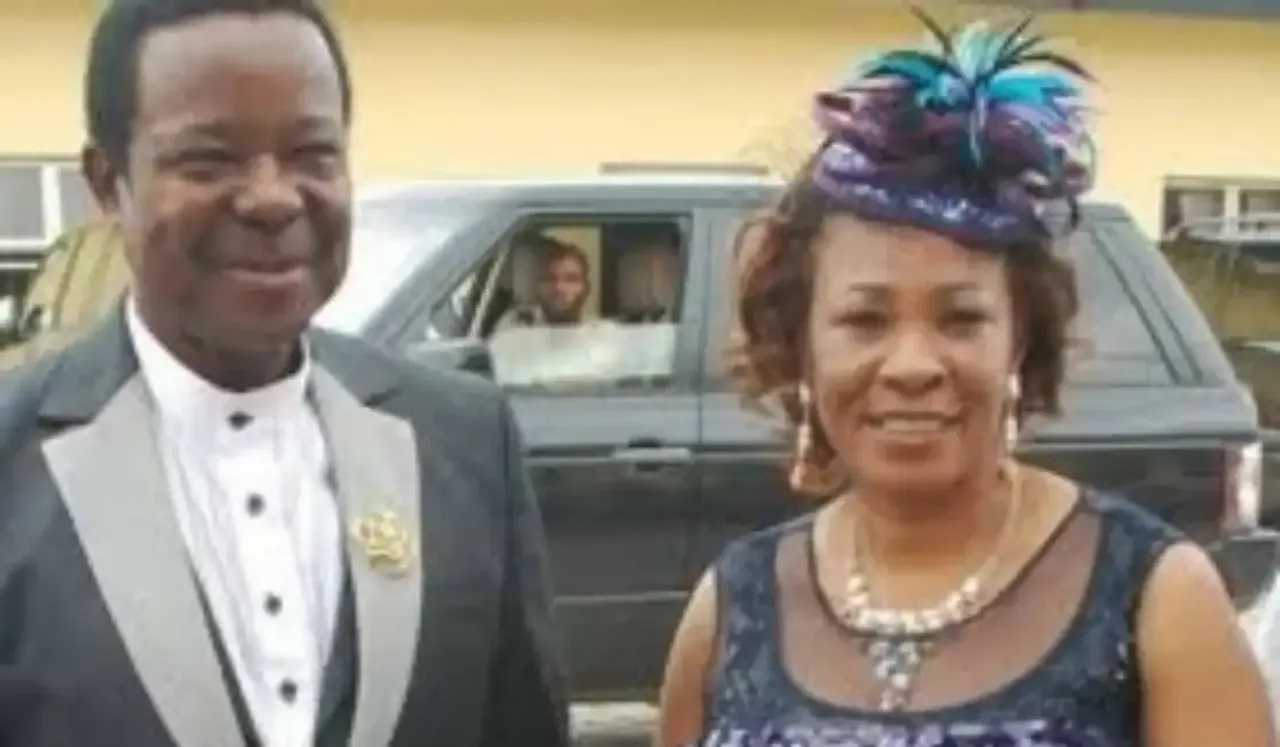 One of the wives of Nigerian music legend, King Sunny Ade (KSA), Mrs Risikat Adegeye, has passed on.

Mrs Adegeye, who was a former member of the Lagos State House of Assembly, Amuwo Odofin constituency 1, and former commissioner, reportedly died in the early hours of Tuesday, September 21, 2021.

A statement issued by one of her sons, Mr George Folarin Olawande, on behalf of the family, confirmed that she died after a brief illness and that her remains have been deposited at the TOS Funeral Homes in Lagos.

“We wish to formally inform, friends, well-wishers, political associates, and the general public that Risikat Ajoke Adegeye passed on after a brief illness during the early hours of Tuesday, 21st September 2021.

“Risikat Ajoke Adegeye was a member in the 6th Assembly of the Lagos State House of Assembly.

“She will be greatly missed not only by her immediate family but also by her political associates and followers.

“Further information in respect to her burial ceremony will be announced later after extensive consultations with the family.

“Thank you as we pray that she continues to rest peacefully and eternally with the Almighty God,” the statement read.

Assumed to be in her late 50’s, late Mrs Adegeye was the third of seven wives of King Sunny Ade.

She gave up the ghost some hours to her husband’s 75th birthday, which is on Wednesday, September 22, 2021. 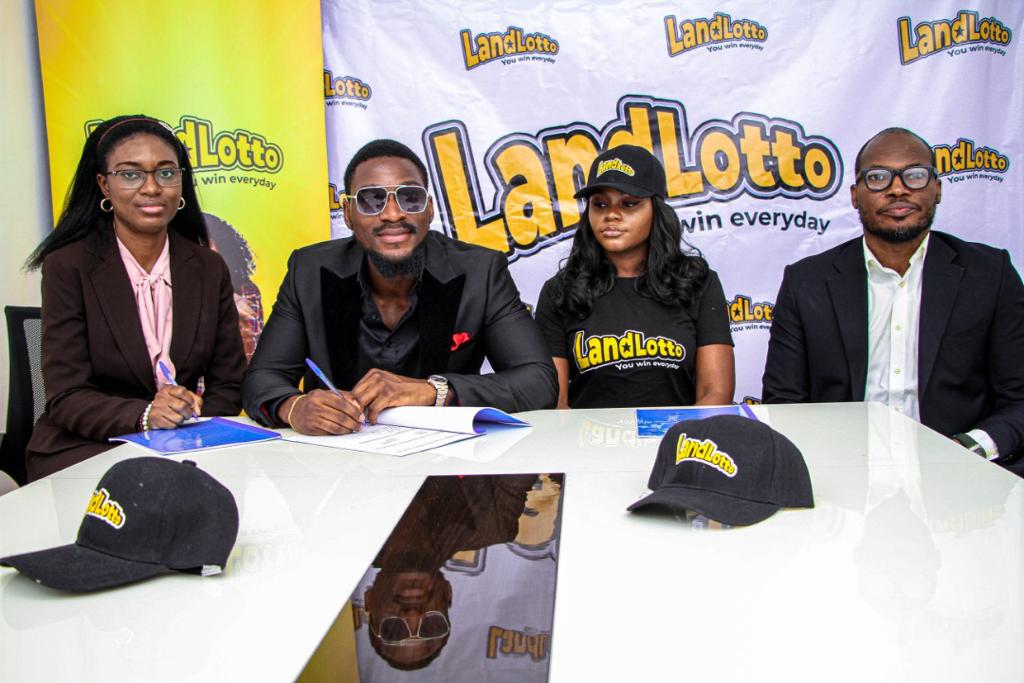 Reality TV star, Mr Tobi Bakre, has been appointed as the brand ambassador for a lottery platform in Nigeria, Landlotto.

He was chosen to use his influence to promote the brand and make it very popular among Nigerians, who are exposed to many lotto brands.

Tobi Bakre shot into prominence when he featured in season 3 of the Big Brother Nigeria show and made it to the final. He later delved into acting and also became an influencer.

Over the years, he has garnered a huge following on social media. This is one of the things that attracted the management of Landlotto and both parties agreed to work together.

The firm said the new partnership consolidates its position as a trusted platform offering Nigerians a genuine shot at financial stability, as well as the chance to own landed properties and apartments in Lagos at a cost as low as N200, though this is only opened to persons who are 18 years or older.

Landlotto, which is licensed by the Lagos State Lottery Board, allows participants to win these various prizes on a daily, weekly, monthly, bi-monthly and quarterly basis.