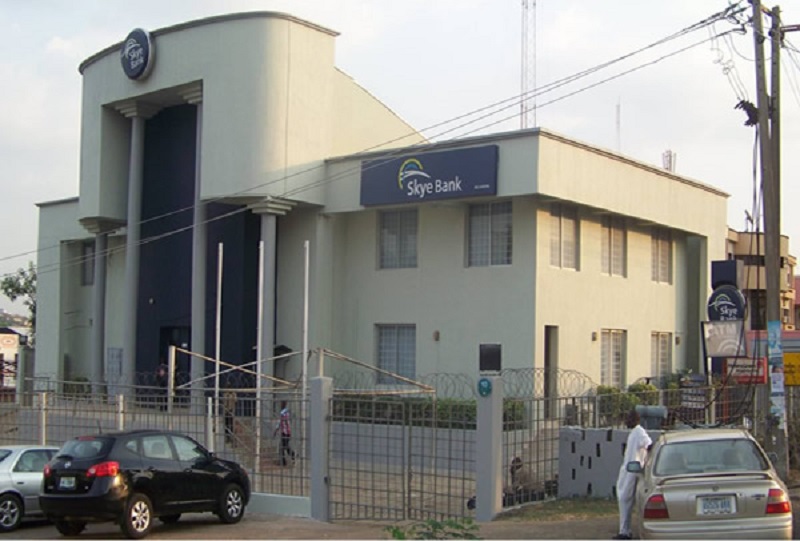 Two members of staff of Skye Bank Plc have been arraigned before a Magistrate’s Court in Lagos for allegedly duping customers of the sum of N500,000.

According to the prosecutor, Sergeant Chinedu Njoku, the accused persons and two others, Ekeolere Sheriff and Auwa Garba, who are still at large, committed the alleged crime on Friday, July 14, 2017.

Mr Njoku, who arraigned the suspects on Tuesday, slammed a three-count charge of conspiracy, impersonation and stealing on them.

He said Tolulope of 12, Aric Close, Bariga; and Okunade of 8, Alayaki Street Mushin, both in Lagos, impersonated as both Transaction Officer and Customer ‎Service Officer and fraudulently transferred the said amount to Sheriff and Garba’s accounts.

The policeman informed the court that the defendants allegedly carried out the act at Skye Bank Plc branch located on Apapa Road at about 12:30pm.

The money was the property of the bank’s customer named Hassan Ibrahim, who approached the bank to convert Euros to Naira.

Mr Njoku explained that when Ibrahim met Tolulope and Okunade at the bank, he (Ibrahim) was given a fake form to fill which he did and then asked them to transfer the money into his bank account, which they did in his presence with a fake alert confirming that the money was in his account.

But unknown to him, the money was transferred to the two suspects.

The customer realised that he had been duped when he tried to withdraw the amount, but found nothing in his account.

The prosecutor said the offences were punishable under Section 411, 325 and 285 of the Criminal Law of Lagos State, 2015.

But when the charges were read to the suspects, they pleaded not guilty.

However, Magistrate Botoku admitted each defendant to N500,000 bail with one surety in the like sum and adjourned the case till September 13.

Related Topics:fraudSkye Bank
Up Next