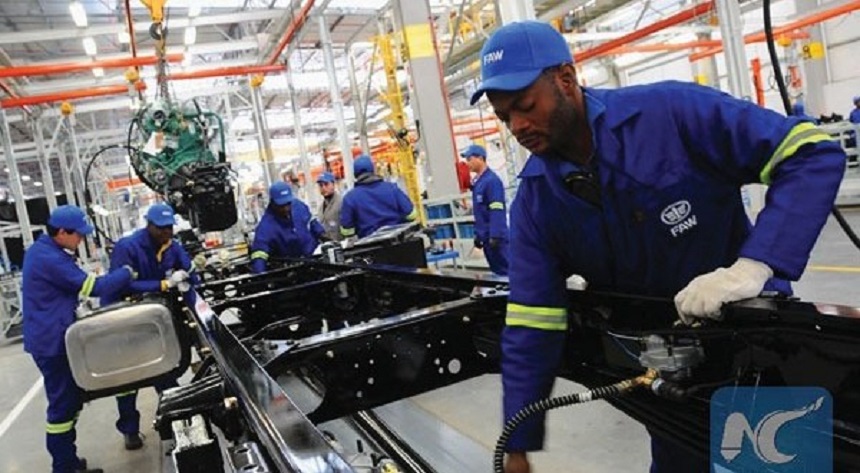 The high-interest rates commercial banks charge for loans in Nigeria have again come to the fore, with the Manufacturers Association of Nigeria (MAN) describing it as an enemy of productivity in the nation’s manufacturing sector.

In a report by the group, it was revealed that most of the Chief Executive Officers interviewed disagreed that the lending rates of commercial banks to manufacturers kill productivity in the sector.

The respondents also said loan seekers also go through difficulties when assessing loans from the lenders, adding that the cost of borrowing in the country remained at double digits even amidst the reforms meant to culminate in lower rates to engender the country’s economic recovery process.

“Special single-digit loans offered by development banks are still hard to leverage as conditions to assess the loans through commercial banks are often overwhelming and laden with additional charges that will eventually make the interest rate double-digit.

The report also showed that 64 per cent of respondent disagreed that the size of commercial bank loan to manufacturing sector had encouraged manufacturing productivity.

It said, “The very high presence of the government in the money market, particularly through the sales of treasury bills, had been crowding out the private sector from the market.”

“This finding clearly highlights the need to continuously monitor and ensure effective implementation of the Loan to Deposit Ratio policy of the Central Bank to ensure the actualisation of the objectives behind its formulation.

“This will further promote economic recovery and ensure a quick return to the path of growth from the trap of recession that is currently holding the economy down,” it said.

The report also revealed that 52 per cent of respondents disagreed that government capital expenditure implementation encouraged productivity in the sector.

It said, “While appreciating the efforts of the government to improve the state of infrastructure in the country, respondents’ opined that the low allocation for the provision of infrastructure facility in the yearly budget, the poor implementation of the budgetary provisions and the absence of monitoring and evaluation mechanism to interrogate the implementation of the budget and relevant Executive Orders.

“This development has left the country’s infrastructure in a dilapidated state and has not been able to spur the desired economic growth through enhanced real sector productivity.”