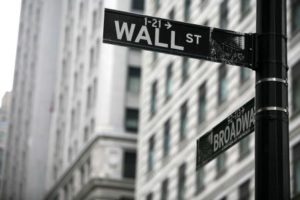 The major U.S. index futures are pointing to a higher opening on Wednesday after stocks moved notably lower over the course of the previous session.

Bargain hunting may contribute to early strength on Wall Street, as traders pick up stocks at relatively reduced levels following the drop seen on Tuesday.

Following the lackluster performance seen on Monday, stocks moved mostly lower over the course of the trading day on Tuesday. The tech-heavy Nasdaq showed a particularly steep drop, underperforming the other two major averages.

The weakness on Wall Street came following news that the International Monetary Fund lowered its outlook for U.S. economic growth.

The group said its forecast uses a baseline assumption of unchanged policies due to uncertainty about President Donald Trump’s ability to accomplish his goals on tax reform and spending.

Negative sentiment was also generated by news that Senate Republicans have delayed a vote on their bill to repeal and replace Obamacare until after the July 4th recess.

The move by Senate Majority Leader Mitch McConnell, R-Ken., comes as several Republican Senators indicated they would vote against a procedural motion to begin debate on the bill.

McConnell reportedly told Republicans the bill would be rewritten over the recess and receive a new score from the Congressional Budget Office.

Additionally, a notable decline by shares of Alphabet (GOOGL) weighed on the Nasdaq, with the parent of Google sliding by 2.5 percent.

The drop came after Google was hit with a record $2.7 billion fine by European Union regulators over claims the company favored its own comparison-shopping service in search results.

Meanwhile, the Conference Board released a report showing an unexpected improvement in U.S. consumer confidence in the month of June.

The Conference Board said its consumer confidence index rose to 118.9 in June from a downwardly revised 117.6 in May.

The increase came as a surprise to economists, who had expected the index to drop to 116.7 from the 117.9 originally reported for the previous month.

Biotechnology stocks showed a substantial move to the downside on the day, resulting in a 3.2 percent slump by the NYSE Arca Biotechnology Index. The index pulled back further off the nearly two-year closing high set last Friday.

Alder BioPharmaceuticals (ALDR) led the biotech sector lower after releasing the results of a phase 3 trial of its migraine prevention drug.

Significant weakness was also visible among semiconductor stocks, as reflected by the 2.7 percent loss posted by the Philadelphia Semiconductor Index. With the drop, the index fell to its lowest closing level in over a month.

Gold, internet, software, and utilities stocks also saw considerable weakness, moving lower along with most of the other major sectors.