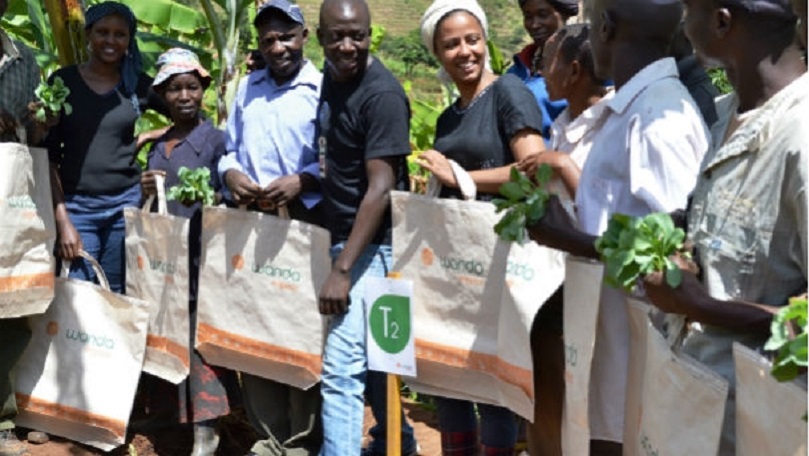 He noted that with a potential to conclude 5 cycles per year, efficient farmers stand to make between 37.5% and 75% profit per annum, making natnuPreneur “broiler out-grower” the most profitable poultry scheme in the country.

Mr Adewole made the revelation while addressing journalists at a press briefing on Tuesday, August 15, 2017 in Lagos.

He also disclosed that between October 2014 and July 2017, poultry farmers registered under the three year ‘pilot phase’ have reared over 4 million birds and the firm has off-taken birds to the value of over N4 billion.

Mr Adewole stated that the natnuPreneur initiative is not only in the business of providing a ready market for broiler farmers, but also in ensuring that they are consistently in business and that they make profits that can be sustained consistently over time.

“We treat our farmers’ farms as our own and invest a lot of time in ensuring their poultry businesses are run with global best practices as we run and manage ours, because we believe that our success is closely tied to the success of our farmers.

“Our vision is to create passionate, knowledgeable, and wealthy poultry farmers nationwide through sustained profitability.

“It is not enough to help farmers achieve profitability after just one cycle. We have heard of many out-grower schemes in the past where farmers make millions but couldn’t retain it afterwards. What we are most concerned about is that the profit our farmers make increases and is sustained. In other words, we make and retain broiler millionaires through frequent training on poultry management processes and continuous monitoring/supervision of farm activities,” he said.

He further emphasized, “We help our farmers understand the dynamics of poultry business through effective and regular training, monitoring and mentorship.

“We also help them increase efficiency of production by taking them through good management practices on how to manage their resources, using our Net profit calculator to understand the details of the economics of broiler production, and how to reduce mortality of birds.”

He further said that in their three years of operation, they have been able to increase the capacity of their farmers in terms of number of birds stocked, thereby making them grow profitably.

“natnuPreneur has a standard operating manual used in monitoring optimal farm management, such that, lapses in standard processes are quickly noticed and brought to the attention of the farmer.

“Aside from this, we pay weekly visits to farms to monitor their progress and offer business and technical advice when needed. These activities have helped to achieve the success level recorded by our farmers so far,” he added.

According to him, “these processes are what distinguish natnuPreneur from other broiler out-grower schemes the country has witnessed in the past.”

In terms of societal impact, Mr Adewole pointed out that natnuPreneur has created thousands of direct and indirect employment across the country.

“natnuPreneur has directly employed 150 graduates, working as extension officers (Farmer Satisfaction Representatives, in the Feed mill, hatchery and abattoir) and there are plans to recruit 60 more to manage the increase in capacity.

“Presently, the initiative indirectly influences the employment of over 5,000 people, who work at various levels with farmers and farmer cooperatives.

“There is a potential to have additional 1 Million people, directly working with natnuPreneur in different capacities, within the entire value chain (Feed Mill, Hatchery, Logistics and transportation, Chicken processing, Chicken distribution/sub distribution and our Retailers, called natnuPreneur Seller,” he said.

He further revealed that the scheme, which has engaged several small and medium scale broiler poultry farmers, is intended to help boost supply of high quality locally bred chicken for consumption across the country, making quality chicken available as well as affordable to all Nigerians.

Mr Adewole revealed that the credibility of the scheme, has over the years, earned them partnership with many commercial banks like Sterling bank, Heritage bank and Jaiz bank, as well as many microfinance banks in the country, while adding that the scheme has also attracted the Anchor Borrower programme of the Central Bank of Nigeria (CBN) where we have partnered with Bank of Agriculture (BOA), Nigeria Incentive Based Risk Sharing System for Agricultural Lending (NIRSAL) and Bank of Industry (BOI).

“We have collaborated with these institutions and shared resources in the process. The learning, data gathered and analysed over this period has been used constantly to optimize our processes and improve our systems.  This is then feedback into our systems and in house application developed specifically to monitor our performance,” he disclosed.

He concluded that the natnuPreneur scheme is set to reposition poultry out-grower service in Nigeria by supporting the establishment of new broiler farms and expanding existing ones in the nooks and crannies of the country.

While also addressing newsmen, Deacon Toromade Francis, General Manager, Policy and Strategy, Amo Group and Mr Oloruntoba Emmanuel, General Manager, Amo Byng, a member company of Amo Group called on governments at all levels to be more proactive in curbing the menace of smuggling chicken products into the country and also support the local production of maize and soya, adding that if this is done, the initiative will be able to create more employment opportunities, absorb over 10 million people and add significantly to the overall GDP of the nation.

Related Topics:farmersinvestmentnatnuPreneurnatnuPreneur Farmers
Up Next