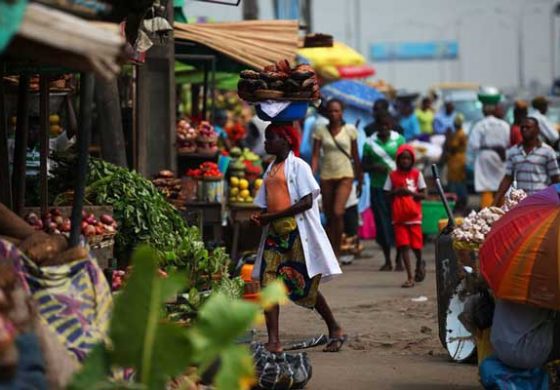 A new report released by Nielsen Holdings Plc, a a global performance management firm providing a comprehensive understanding of what consumers watch and buy, has revealed that Nigeria climbed three points to 116 in the fourth quarter of 2016, after a steep decline in the third quarter.

In the latest Consumer Confidence Index (CCI) figures for Quarter 4 of 2016, it was observed that sentiment in the west of Africa is on the increase with Ghana rising by two points to 111.

Managing Director of Nielsen East and West Africa, Mr Abhik Gupta, while explaining the reasons for Nigeria’s improved consumer sentiment in a statement made available to Business Post, stated that, “Despite previous drops in consumer confidence, Nigerians are now more positive than Kenyans, South Africans and Ghanaians, in terms of their job prospects and personal finances and as the country’s macro, business and retail prospects recover we expect to see continued positivity amongst Nigerian consumers.”

Adding to this positive outlook, the latest Nielsen Africa Prospects Indicator (APi), which integrates macro-economic, business, retail and consumer factors points to the fact that predictions are that the worst is over and it will not take much to drive the Nigerian economy into positive growth levels in 2017.

Immediate-spending intentions increased four percentage points, rising to 39 percent while more than four in 10 Nigerian respondents (44 percent) said they had spare cash, up from 36 percent in the third quarter.

In terms of what they would use this spare cash for, the highest number of Nigerians are seeking to batten down the hatches on their current financial future, with 80 percent saying they would put it into savings.

The second highest number (69 percent) wants to use their spare cash on home improvements and decorating and 62% on investing in shares and mutual funds. Unsurprisingly, 60 percent would spend it on out-of-home entertainment as they seek some respite from their current daily stresses and strains.

The overall increase in Ghana’s CCI, was due to a higher proportion of “Excellent” responses even though “Good” responses have declined.

This means that despite the positive outlook for jobs dropping two percentage points from Q3 to an overall 55 percent, this was made up of 12 percent saying “Excellent” (up from 10 percent previous quarter) and 43 percent saying “Good”.

This was followed by positive personal-finance sentiment decreasing by one point to 76 percent, of which 23 percent said “Excellent” (up by 4 points) and 52 percent said “Good”.

Less than half of Ghanaian respondents said they had spare cash (47%) – a drop of 3 percentage points from the third quarter, however this proportion of consumers is higher than Nigerians (44 percent) and Kenyans (42 percent).

Overall Gupta comments; “In the backdrop of improved confidence levels, businesses need to adjust to the altered daily habits that consumers are displaying to deal with the tough market conditions.  As consumers have been forced to reduce consumption, only buying on an immediate need basis, businesses need to meet these new consumers realities with agility, flexible product offerings, packaging and pricing.”

Sage Makes Case for SMEs in Kenya Ahead of Polls