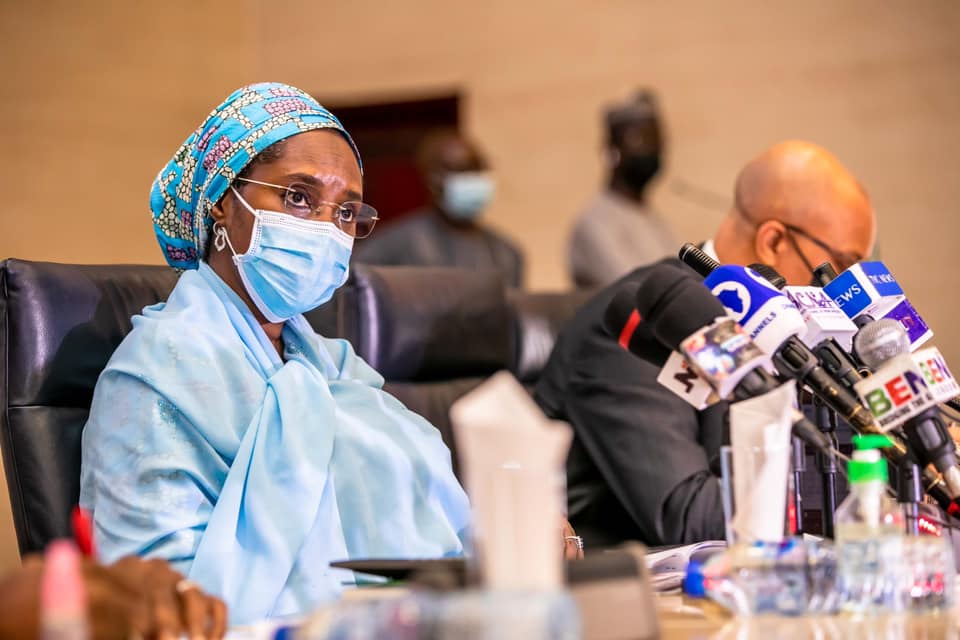 The Federal Government of Nigeria has said that it was looking towards a period when it would no longer require borrowing from both local and international sources to fund the nation’s budgets.

The Minister of Finance, Budget and National Planning, Mrs Zainab Ahmed, said this last Friday when she presented a breakdown of the 2022 budget proposal submitted to the National Assembly a day earlier by President Muhammadu Buhari.

Mr Buhari had last Thursday asked the parliament to approve N16.39 trillion to run the country next year with over N6 trillion deficit, which many analysts said was too much.

But Mrs Ahmed said at the moment, Nigeria has no other option than to borrow to finance the budget because revenues generated by the government are not enough to cover all the expenditures.

However, she noted that the government intends to run a balanced budget, where the nation would have enough or more earnings to meet the various expenditures, which means the government would have to stop borrowing to fund the budgets.

In her view, this is what the government wants to achieve in the medium to long-term but stressed that it is not a feat that can be achieved overnight.

The Minister said the global health crisis caused by COVID-19 forced many governments, including Nigeria, to resort to borrowing to finance budgets.

“Germany used to run a balanced budget but during the COVID-19, they had to also resort to borrowing.

“Borrowing, in itself, is not a bad thing to do as long as you are making sure you are borrowing on a sustainable basis and applying the funds to expenditure items that are very important and that would, themselves, yield good returns,” Mrs Ahmed said at the event attended by Business Post.

But she emphasised that balanced budgeting is an achievable goal, though not necessarily through cutting down on the government’s expenditures.

“Yes, it is an option, but you also have to know that it is not something that we can do overnight and it is not easy.

“It means disengaging people from work, and the President has consistently said ‘make sure you pay salaries, pensions’ because we don’t want to create more crisis within the polity,” Mrs Ahmed stated.

According to her, while reducing the cost of government is on the table, there is a process going on that is reviewing the total size of government as led by a special committee to critically look into this alternative.