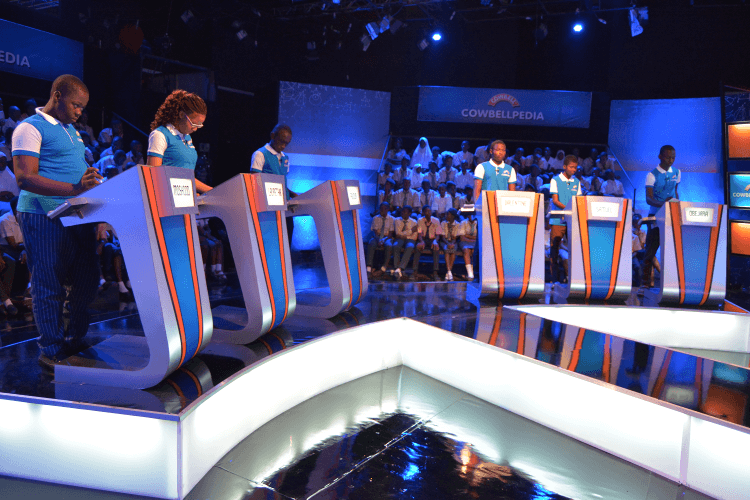 Anita Alabi of Gloryland Secondary School, Igarra, Edo State and Henry Famuyiwa of Model Secondary School, Alagbaka, Akure, Ondo State triumphed over their counterparts to proceed to the semi-finals in the Junior category of the competition sponsored by the flagship brand of Promasidor Nigeria Limited, Cowbell, Our Milk.

But Alabi and Famuyiwa, who garnered 90 and 105 points respectively, could not conceal their excitement as they screamed and embraced their teachers who expressed their confidence in the students’ ability to advance to the finals.

Alabi, the only female in the group, had a perfect score in the qualifying examinations which was conducted in March 2017. She said her performance in the competition would make her father proud.

Famuyiwa, whose hobbies are drawing and singing, said he looked forward to celebrating his success with his schoolmates.

In the Senior category, Michael Paul of Excelgrace Academy, Gboko, Benue State and Margaret Chibuzo of Dority International Schools, Aba, Abia State with 105 and 110 points respectively scaled through to the semi-finals. Paul had a perfect score in the qualifying examinations while Chibuzo scored 95 percent.

Chibuzo, 15, who is visiting Lagos for the first-time desires to become a computer engineer. She prays for more confidence and to improve her speed in the journey to actualise her dream of becoming the Senior category winner of the 2017 Cowbellpedia Secondary Schools Mathematics TV Quiz Show.

Paul, who wants to be a medical doctor, traced his interest in Mathematics to the encouragement he received from his father. “My father, a civil engineer, trained me, encouraged me and got me prepared for this competition and I can only hope for the best,” he said.

The ultimate prize for this year’s edition is N1 million and an all-expense paid educational excursion outside the country while the first and second runners-up will go home with N750,000 and N500,000 respectively.

In addition, the winning schools will be rewarded with Mathematics textbooks, desktop computers and printers.

The competition continues this weekend while the programme will be aired to millions of Nigerians on Africa Magic Family, Africa Independent Television (AIT) Network and other six television stations across the country.

Meanwhile, parents and stakeholders in the education sector have also lauded Promasidor Nigeria Limited for bankrolling the initiative which is aimed at discovering and celebrating young scientists and future inventors in the country.

Related Topics:cowbellpediaMathematics Quiz Show
Up Next