The Nigerian Midstream and Downstream Petroleum Regulatory Authority (NMDPRA) has said the resurgence of queues at fuel stations in Abuja was caused by flooding in Lokoja, Kogi State.

In a statement issued on Thursday, the regulator noted that the flood witnessed in the north-central state was making mobility difficult for the distribution of petroleum products to Abuja and its environs.

“The authority wishes to state that the fuel queues are caused by unprecedented flooding in Lokoja, Kogi State, which has submerged a greater part of the city and grounded all vehicular movements. This, unfortunately, has affected the distribution of petroleum products to the Federal Capital Territory, Abuja and environs,” the statement noted.

The agency used the medium to quell speculations around the insufficiency of fuel, adding that it was working towards alternative routes to deliver the products to consumers in the nation’s capital.

“As part of measures to mitigate the situation, trucking via alternative routes is currently ongoing. The authority assures the public that there are sufficient petroleum products inland,” it stated.

NMDPRA advised and cautioned those who engage in panic buying as well as marketers who hoard the product to drive up prices to desist from doing such.

“Consequently, the general public is advised to avoid panic buying at fuel stations as the NMDPRA is working assiduously with relevant stakeholders and Government agencies to ensure product availability across the country.

“In the same context, marketers are advised to desist from hoarding the product so as not to inflict hardship on Nigerians,” the statement said.

“The authority wishes to reiterate its commitment to Nigerians to ensure seamless supply and distribution of Petroleum Products nationwide,” the notice concluded.

An unprecedented flood over-shadowed the Lokoja-Abuja highway, causing the gridlock since Monday. Thousands of commuters and travellers were held up in the gridlock caused by flooding on the Murtala Muhammadu Bridge in Jamata Community of the Koton Karfi area of Lokoja.

The situation has also left a lot of passengers stranded due to the lack of vehicles to ferry them to their various locations. 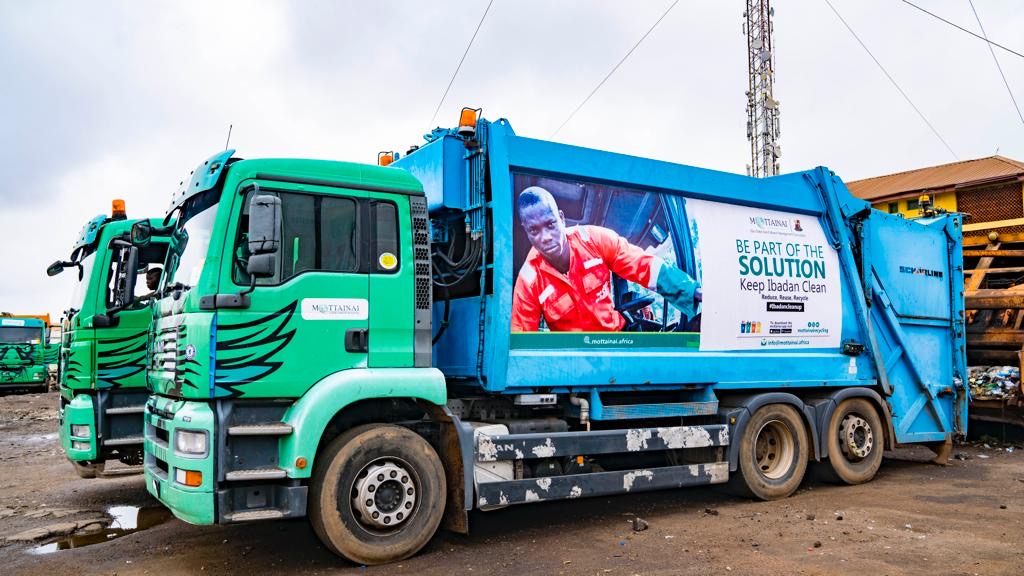 The numbers for residents of Oyo State to call for the prompt evacuation of wastes within the state have been released by Mottainai Recycling Limited.

Mottainai is the waste management consultant for the Oyo State Government. The company was appointed some months ago to manage waste in the state.

The Managing Director of Mottainai Recycling, Mr Adey Adewuyi, said the numbers would create a structure to guarantee a quick response to residents who need quick evacuation of wastes.

He said these phone numbers could be dialled by residents of the state for waste disposal, assuring them of quick response from Mottainai or any of the accredited Private Sector Participants (PSPs).

The statement further assured residents that the present administration under Governor Seyi Makinde is putting in so much effort to improve waste management in the state to harness job creation potentials and other environmental benefits. 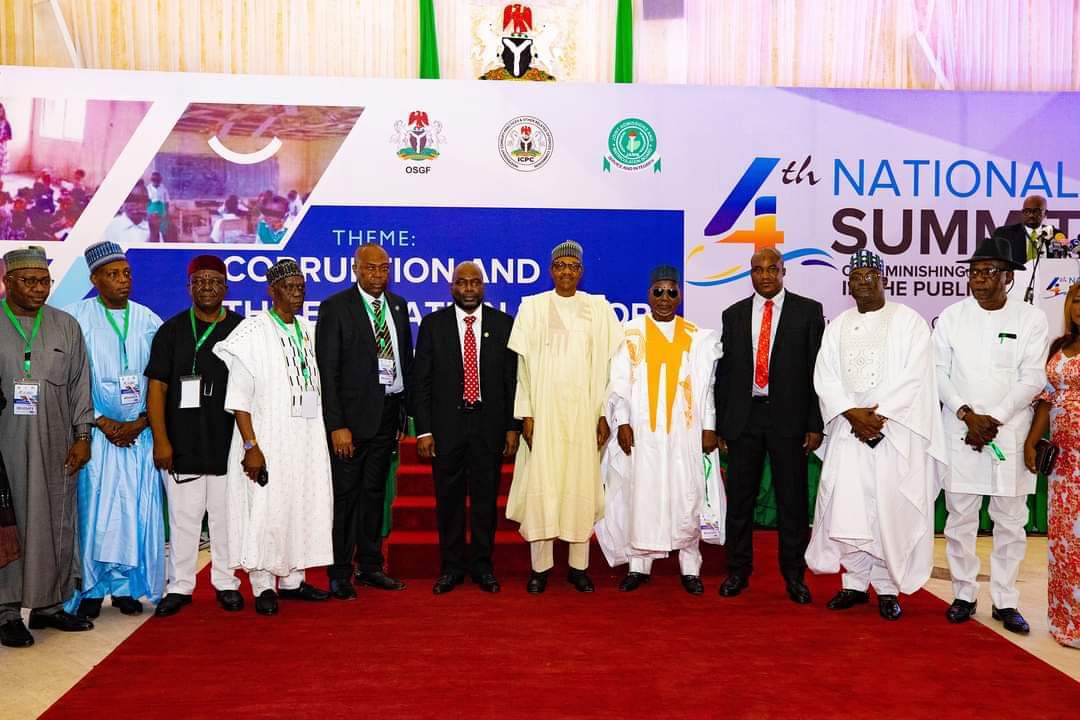 The chairman of the Independent Corrupt Practices and Other Related Offences Commission (ICPC), Mr Bolaji Owasanoye, has disclosed that the agency has discovered the fraudulent insertion of over N7 billion in the budget by some politicians as empowerment projects.

He made this disclosure at the 4th National Summit on Diminishing Corruption in the Public Sector held at the State House Conference Centre on Tuesday in Abuja.

“Just last week, the commission, in collaboration with the Budget Office and stakeholders, met with some MDAs on the recurring surpluses in their payroll to determine proactive measures to improve the budget process. We also actively review the budget to prevent abuse by senior civil servants and PEPs who sometimes personalise budgetary allocation for direct benefit. In one case, a PEP successfully increased an agency’s budget for the agency to buy a property from him.

“In another case, the PEP inserted soft projects worth over N7 billion for a catchment population of about one million in the name of empowerment. Both cases are under investigation,” Mr Owasanoye revealed at the event.

He further said that the intensified scrutiny of personnel and capital cost of Ministries, Departments and Agencies (MDA) by ICPC has led to proactive restrictions of surpluses or duplications in the budget, decrying how some unscrupulous persons undermined the system by abusing the budgetary process for their gains.

He said ICPC reviews of special funds meant to improve education delivery such as UBEC and TETFUND has also revealed continued abuses and breach of procurement standards and compromise of statutory mandates while a System Study and review on SUBEB in six states for 2019-2020 revealed that the intention of UBE law to support states to improve basic education is frustrated by lack of commitment by state governments in not providing matching grants amongst other defaults.

The ICPC boss also disclosed that the commission, in support of the government’s effort to improve revenue generation, has recovered N1.264 billion in tax in 2022, maintaining that the organisation would continue to investigate the diversion of tax and other statutory revenues.

The keynote speaker and former chairman of the Independent National Electoral Commission (INEC), Professor Attahiru Jega, decried how some reform policies formulated with good intentions are often circumscribed by endemic in the education sector.

He listed such reforms to include the Procurement Act 2007, which requires that contracts of certain threshold should seek approval either at the Ministerial Tenders Board (MTB) or the Bureau for Public Procurement (BPP), the requirement by members of the National Assembly that every Vice-Chancellor must appear to defend their budgetary proposals before funds would be appropriated and the recent requirement by the federal government that no university should recruit any staff, even to fully existing vacancies, without at least three layers of approvals by the Federal bureaucracy at the NUC, Head of Civil Service of the Federation and the Office of the Accountant-General of the Federation.

“All these three policies/measures, in spite of the good intentions, which may have underlined them, not only undermined the relative autonomy of the universities but have also introduced extraneous relations and influences laden with corrupt practices. Submissions made by Vice Chancellors to, especially, MTBs often returned with reversed contract awards for extraneous and inexplicable reasons,” he said.

“In the past, the NUC presented and defended the budget for federal universities, and appropriated funds were shared/allocated to universities transparently, using a widely known formula. Nowadays, VCs who go to the National Assembly to present/defend their universities’ budgets are ‘compelled’ or ‘induced’ to make deals in order to either prevent cuts in their budgetary proposals or so as to get substantial padding in their appropriations for projects to be executed solely by the Senator who negotiated the deal.

“With regards to obtaining approval, prior to recruitment or replacement of staff, there is evidence to suggest that VCs have to guarantee slots for the approving authorities to secure approvals. In filling those slots, no regard is paid to advertised vacancies, and required qualifications for the positions and, almost invariably, more unrequited non-academic staff are employed, further distorting the ratio of non-academic staff to academic staff in the NUC guidelines,” he added.

While speaking on the negative consequences of corruption in the education sector, Professor Jega observed that its solutions could not be found in isolation, saying strategies for its resolution would necessarily have to be in the context of a comprehensive grand strategy for addressing corruption in the wider public sector.

He also called for an active citizenry to demand quality education for their children, saying doing so would make the sector accountable.

The high point of the summit was the presentation of the Public Service Integrity Award to Superintendent Daniel Itse Amah, a police officer who rejected a bribe of $200,000 from an armed robbery syndicate, and the presentation of a plaque and a painting made by an ICPC officer,  Mamman Kuru John, using the most recent and modern mode of painting known as impacto.