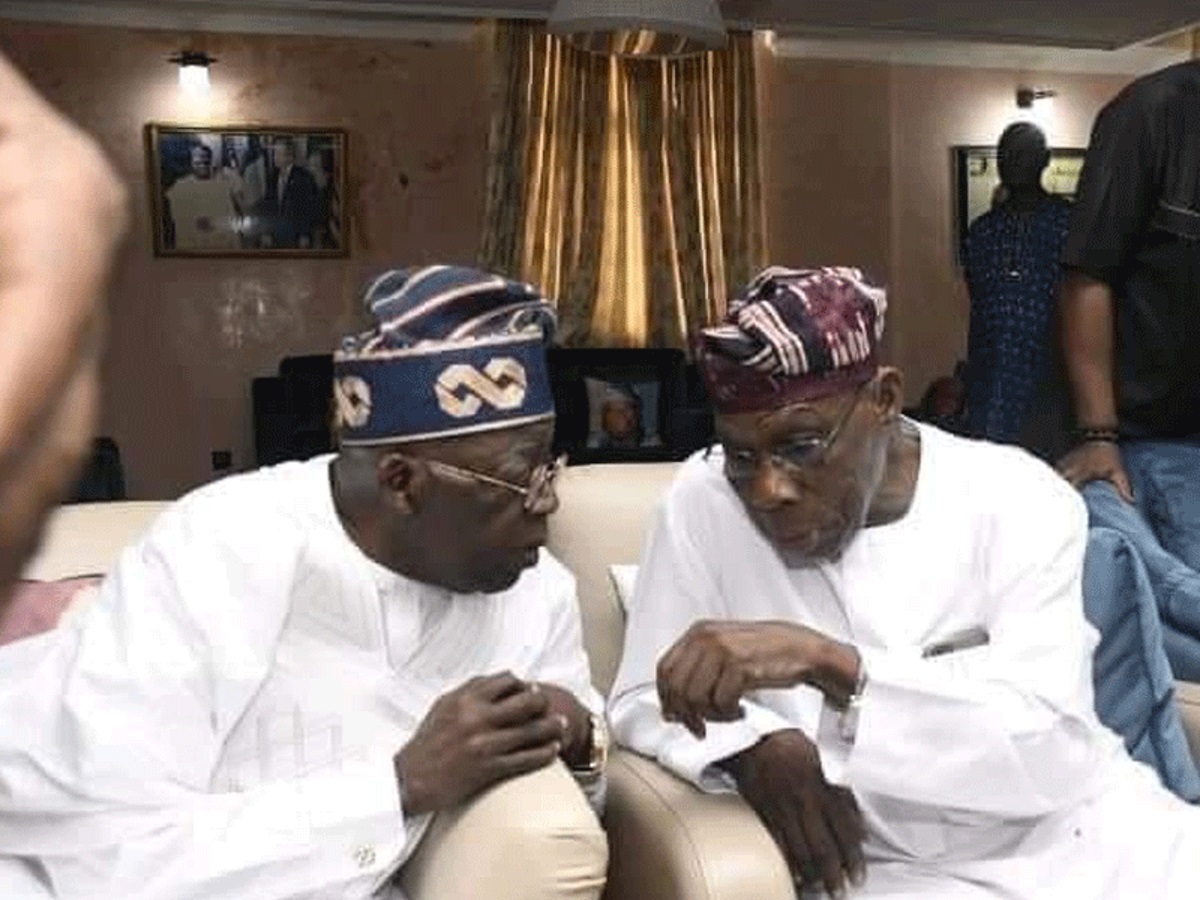 The campaign group of the presidential candidate of the ruling All Progressives Congress (APC) in the 2023 polls, Mr Bola Tinubu, has described the endorsement of the candidate of the Labour Party, Mr Peter Obi, by former president Olusegun Obasanjo, as “worthless.”

On Sunday, Mr Obasanjo released a letter to announce his support for Mr Obi, but in a swift response, the Director for Media and Publicity for the APC Presidential Campaign Council (PCC), Mr Bayo Onanuga, rubbished the endorsement.

Mr Onanuga declared that the former Governor of Lagos State would not “lose sleep over Obasanjo’s move, as Obasanjo is notorious for always opposing progressive political forces, as he did against MKO Abiola in 1993.”

The group said it pities Mr Obi because it is “confident that Chief Obasanjo cannot win his polling unit and ward in Abeokuta for Obi in the coming Presidential election on 25 February, 2023.”

“From our records, President Obasanjo has not successfully made anyone win an election in Nigeria since then.

“Not even in Ogun State can anyone rely on his support or endorsement to become a governor or Councillor,” the statement said.

Read the full response below:

We read with amusement the endorsement of Mr Peter Obi, the Labour Party Presidential Candidate by former President Olusegun Obasanjo in his New Year message on Sunday.

Following calls by journalists from various media houses who asked for our reaction we decided to make this preliminary statement, though we didn’t consider the so-called endorsement to be of any value.

We respect the democratic right of former President Obasanjo to support and endorse any candidate of his choice in any election.

Except that he made it known formally in his new year message, any discerning political watcher in Nigeria knows that Chief Obasanjo’s preference for Peter Obi is expected. He had earlier stated his position at various public events, the last being at the 70th birthday anniversary of Chief John Nwodo, former President of Ohaneze Ndigbo in Enugu.

We make bold to say that our party and candidate, Asíwájú Bola Ahmed Tinubu will not lose sleep over Obasanjo’s move, as Obasanjo is notorious for always opposing progressive political forces, as he did against MKO Abiola in 1993.

The endorsement is actually worthless because the former President does not possess any political goodwill or leverage anywhere in Nigeria to make anyone win a Councillorship election let alone win a Presidential election. He is a political paperweight.

He is also not a democrat anyone should be proud to be associated with.

We recall that in 2003 and 2007 general elections when he was a sitting President, Obasanjo used all the coercive instruments of State at his disposal to railroad people into elective offices against the will of Nigerians as expressed at the polls. In 2007, he declared the polls a do or die affair after he failed in his bid to amend our constitution to have a third term.

From our records, President Obasanjo has not successfully made anyone win election in Nigeria since then.

Not even in Ogun State can anyone rely on his support or endorsement to become a governor or Councillor.

We pity Peter Gregory Obi as we are confident that Chief Obasanjo cannot win his polling unit and ward in Abeokuta for Obi in the coming Presidential election on 25 February, 2023.

History will repeat itself in February as our candidate Asíwájú Bola Ahmed Tinubu will equally beat Obi by a large margin.

We take a particular notice of the part of the endorsement statement where Chief Obasanjo said none of the presidential candidates is a Saint.

We want to state here that Chief Obasanjo is not a good judge of character. He is a man who considers only himself as the all-knowing Saint in Nigeria.

Over the years, Chief Obasanjo has also convinced himself that integrity, honesty and all good virtues begin and end with him.