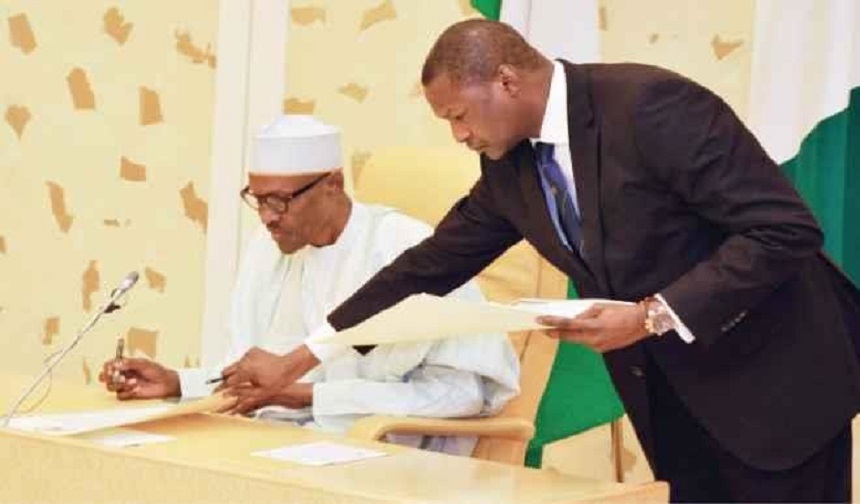 An umbrella association of all registered political parties and political associations in the county, the Conference of Nigeria Political Parties (CNPP), has demanded the immediate sacking of the Attorney General of the Federation (AGF) and Minister of Justice, Mr Abubakar Malami.

The group wants Mr Malami removed over what it described as the unwarranted invasion of the house of the second most senior Justice of the Supreme Court, Justice Mary Odili, by security operatives last week.

A few days ago, the home of Mrs Odili, wife of the former Governor of Rivers State, Mr Peter Odili, was invaded by some security officials. The incident generated reactions and the CNPP has asked President Muhammadu Buhari to remove his Justice Minister from office over the matter.

In a statement signed by its Secretary-General, Mr Willy Ezugwu, the CNPP wondered “why President Buhari is still keeping Malami as the chief law officer of the federation despite several embarrassing comments and actions.”

According to the group, “Malami’s continued stay in office as AGF and Minister of Justice has become one of the biggest threats to democracy and rule of law in the country.

“Under his watch as AGF and Minister of Justice, there have been obvious state-sponsored invasions of houses of justices of the Supreme Court and judges of the Federal High Court, without any justification.

“The CNPP, therefore, calls on the National Executive of the Nigerian Bar Association (NBA) to rise up to the occasion and ensure the protection of the country’s judiciary and judicial officers in view of the unwarranted threats and intimidation of officers in the temple of justice, using security operatives under Malami’s watch.

“His comments on national issues in recent times have equally portrayed him as a grave danger to rule of law and Nigerian democracy.”

Meanwhile, the group has congratulated the opposition Peoples Democratic Party (PDP) for the successful conduct of its national convention, urging other political parties to emulate the rancour-free convention and the emergence of the youngest national youth leader in any major political party in the country.

Reacting to the successful conclusion of the PDP’s national convention, the CNPP noted that “democracy can only grow in an atmosphere of transparency and fair play.

“The PDP has demonstrated that it is ready to get things right by departing from the era of unbridled impunity in the conduct of its affairs to become an example of a truly repentant political party.

“We commend the emergence of a 25-years old national youth leader of the PDP, a giant step in accommodating the younger generation of Nigerians who have been desirous to contribute to nation-building.

“We, therefore, congratulate all the elected party leaders in the extraordinary convention of the PDP and urge them to work towards deepening of Nigeria’s democracy and promotion of good governance in the country.”