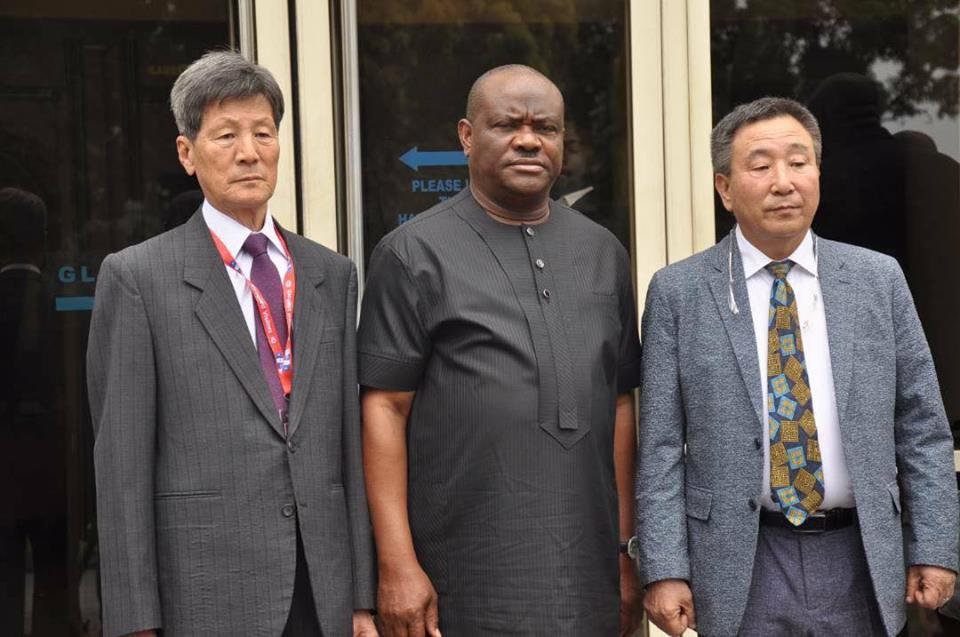 No fewer than 2,000 direct jobs are expected to be created in Rivers State by the time the Korean investors complete their agricultural projects in the state.

Governor Nyesom Wike of Rivers State made this known when he received the investors at the Government House in Port Harcourt on Saturday, May 5, 2018.

According to Mr Wike, his administration places premium on agriculture. He promised to always provide a friendly environment for businesses to thrive.

The Governor stated that agriculture would be developed by the state government in liaison with private investors to create jobs across the state.

He assured the Korean Investors that the state government will create an enabling environment for their company to thrive. He said a certificate of occupancy will be processed for the 10,000 hectares to be used by the company.

“Our priority is how to attract investors to the state. Agriculture if well harnessed will be highest employer of labour after government. That is what we are trying to do.

“Rice production is very key. Ours is to make sure that the right environment is created for foreign investors to bring their funds to the state,” he said.

The Governor directed that details of further involvement of the state government in the investment be worked out by the Commissioner of Agriculture, Commissioner of Commerce and the Attorney General of Rivers State in liaison with the investors.

In his remarks, Managing Director of Chang B2B Company Limited and leader of the delegation, Mr Kim Kyochang, assured that the company will invest in rice production in Emohua Local Government Area.

He said that over the last 50 years, South Korea has witnessed massive development, noting that his company like others have committed themselves to investments outside South Korea.

The Wike administration has developed a framework to promote foreign direct investments in the state, especially in the agricultural sector where a flexible land acquisition scheme has been entrenched.

Benson Joins Board of Royal Exchange as Director