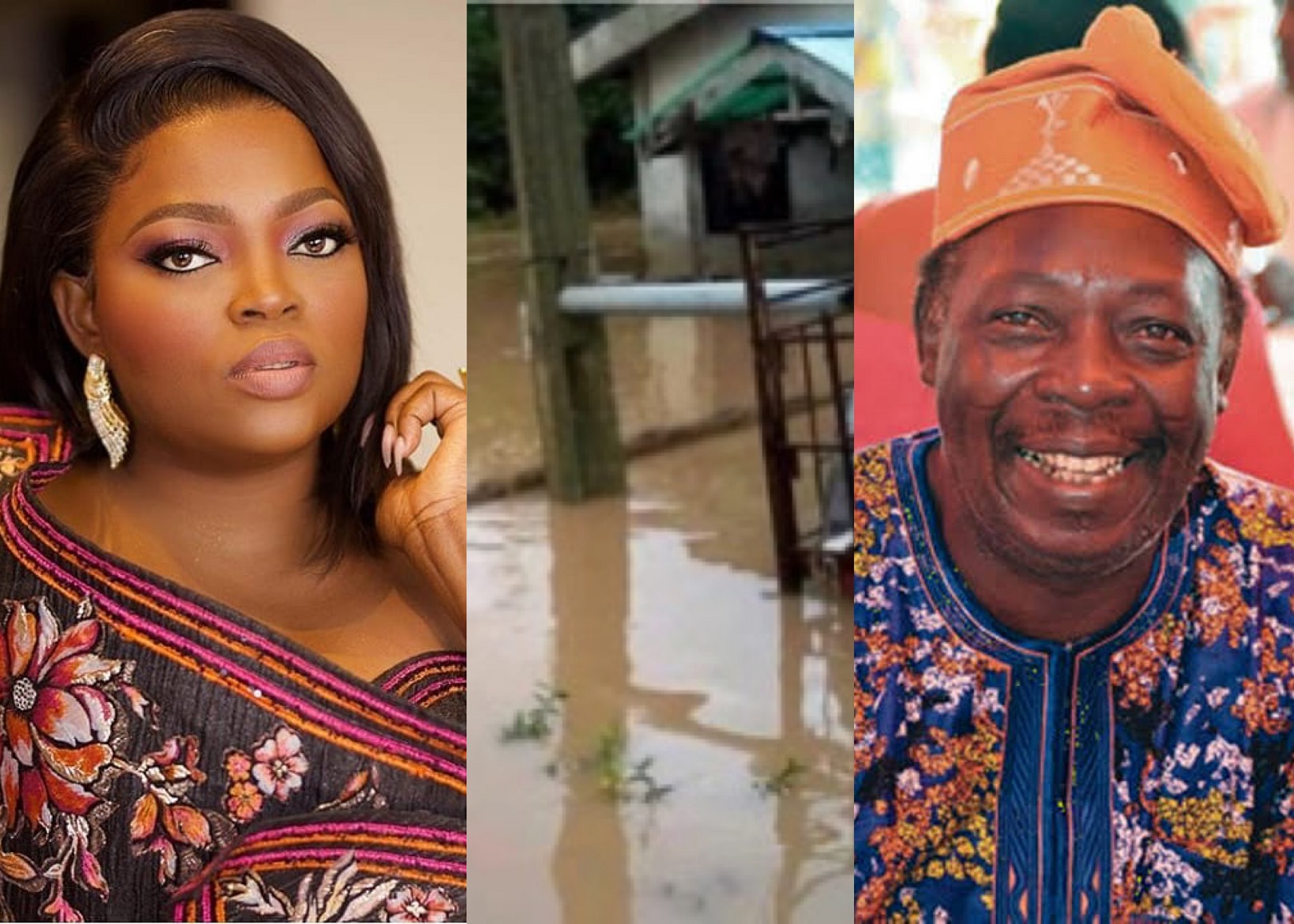 There were reports about the plight of Pa James when his house was swarmed by flood in Oke Isagun community of Oke Odo, Lagos and this touched the heart of Jenifa.

Although Mrs Funke Akindele-Bello herself never announced the philanthropic act, another actor, Mrs Oluwakemi Adetoro Ojo, known as KemmyKorede, shared the good news, asking fans to thank the giver for her kind gesture.

She wrote via Instagram, “On behalf of PA JAMES, I want to say [a] big thank you to @funkejenifaakindele for the new apartment given to him by you. God bless you so much for your good heart Anikeademi your type is so rare… you are a gem. Almighty God will continue [to] make way for you where dier (sic) seems to be no way.”

Following the flood, some of his industry colleagues had taken to the social media to raise awareness and seek help for Pa James.

Sharing a picture of the flooded house, they urged well-meaning Nigerians to donate whatever they can afford to assist the veteran, who is known for his comedic roles in Yoruba movies and the humourous Wale Adenuga produced family sitcom, Papa Ajasco and Company, which has aired for over 20 years since its debut in 1996.