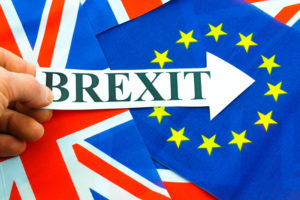 A member of the United Kingdom’s House of Lords, Mr Paul Boateng, has stressed that Brexit does not mean the British government will turn its back on Africa.

Mr Boateng made this known while speaking at the first ever Africa Trade Forum which is being hosted by the Economic Commission for Africa and the African Union.

However, he said it presents Africa and the UK with an opportunity to “put development at the heart of our trading relationship with Africa in a way frankly that it has not always been in relation to the EPAs, let’s be frank about it.”

Contributing to debate on Africa-EU Economic and Trade Cooperation and Brexit implications for Africa, Mr Boateng assured participants, including African Ministers of Trade, Finance and Transportation as well as senior government officials, heads of Regional Economic Communities (RECs), African CEOs and executives, representatives of international development agencies, civil society and others, that trade relations between the UK and Africa will not be affected following Brexit.

“There is clearly a need in the aftermath of Brexit for there to be a degree of reassurance given to Africa that Brexit doesn’t mean that the United Kingdom is going to turn its back on Africa and I’m able to assure you that right across the political divide in the UK, in both Houses, Africa and the UK’s historic link with Africa remains central to our thinking,” he said.

“Yes there’s uncertainty at this time, that is inevitable, when such a momentous decision is made,” said Mr Boateng.

“Yes there is a hazard always when you think about the scale of the task that lies ahead in terms of mapping out the future of the trading relationship between the UK and Africa but I think I can give the absolute assurance that we see this in the UK as an opportunity to be seized,” he added.

He said he was concerned by the issue of infrastructure in most African countries.

Mr Boateng was born and brought up in the Gold Coast in Ghana.

“I am the grandson of cocoa and cassava farmers. My grandmother grew cassava, my grandfather grew cocoa and when I look at our village in Tafo in the eastern region of Ghana, two things strike me, first of all, that in the 1950s there was a direct rail link between Tafo, a heart of cocoa growing region and Takoradi, which at that time was our main port,” he told participants.

“That rail link no longer exists and that has had a damaging effect on agriculture in Ghana but Ghana is not alone in seeing the deterioration of its infrastructure so the United Kingdom recognizes the importance of infrastructure in terms of promoting intra-African trade.”

“The second matter which I can’t but help notice, he said, is that right next door to my grandmother’s farm was a West African Cocoa Research Institute and that was a major resource for West Africa in terms of agricultural support and extension and research at the highest level so it produced every year a handful of PhDs now sadly due to decades of neglect and the impact of the structural adjustment of the 70s and the 80s, that emphasis on higher education and the link between higher education, science, technology and innovation and agriculture simply went now we are seeking to revisit that but I would argue that that too is a very important part of our struggle in order to increase agricultural productivity of Africa.”

“Without that we are going to be in difficulties but the good news is it seems to me that is changing and the UK and our department of international development is making its contribution to that,” Mr Boateng said.

Participants will be in Addis Ababa for the week attending the first ever Africa Trade Week, a multi-stakeholder platform for the advancement of the Continental Free Trade Area (CFTA).