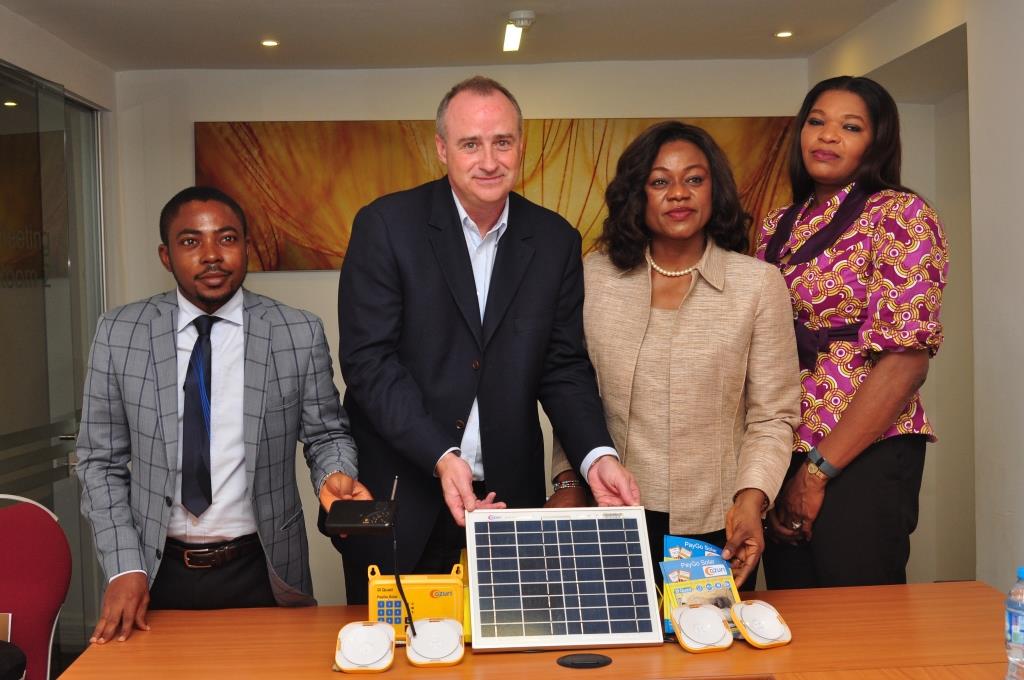 There is no doubt that there are several communities in Nigeria yet to be connected to the national grid and government is still finding it difficult to bring them in.

But a commercial provider of PayGo solar systems to rural off-grid communities, Azuri Technologies Limited, has made that very easy and affordable with its Azuri Quad.

At a media briefing in Lagos on Tuesday, the company’s executives disclosed that since its launch in 2016, Nigerians already enjoying its services have had sweet stories to tell to the world.

According to the General Manager of the firm in charge of the West African region, Mrs Vera Nwanze, over 300 people subscribed to its PayGo solar system in the first three weeks of the launch in Kano, adding that over 100,000 people spread across sub-Sahara Africa are already enjoying the services of the firm.

Mrs Nwanze disclosed that Azuri Technologies Ltd has the mandate to deploy 20,000 units of the system to northern part of the country within a year.

The General Manager further said that firm’s PayGo solar system has made it possible for students in rural areas of the country to study at night, excelling in schools because of this, while the system has also helped parents save money as well as reduce health hazards associated with kerosene explosions and others.

Explaining what makes Azuri Technologies different from other brands already in the market, Mrs Nwanze said the Azuri Quad is simple to install with all components provided.

She added that when properly used, the solar system can last more than 10 years, pointing out that the system has a HomeSmart intelligence technology, a unique control system which adapts its output depending on weather conditions and customers’ energy usage patterns, which is unique to the company.

In addition, the company’s Vice President of Market Development, Mr Paul Foster, who also addressed the media yesterday, disclosed that subscribers can have their battery box (Azuri Quad) changed if faulty.

He assured Nigerians that they can never regret obtaining the solar system from company because it was made of high quality and due diligence.

The PayGo system, the 10W Azuri Quad, has a lithium battery, a solar panel fixed outside and four individually powered high brightness LED lamps to illuminate the home.

It also has a USB port, with charging cable and connectors for most mobile phones, making it possible for users to stay in touch with friends and family.

In addition, the customer enjoys a payment plan spread over three years, after which the system is unlocked to use for free thereafter.

It is also important to stress that the unit comes with a transistor radio to keep users abreast with happenings around the world.

The system has full digital switching, allowing the user to control all lights and charging from the central unit.

Mrs Nwanze, who appealed to the government to put in place stable policies, disclosed that an enabling environment will help grow the renewable energy sector, which she said can be the solution to Nigeria’s power problem.

She said the Azuri Quad system, since its launch last year, has helped boost the country’s economy, which fell into recession in 2016.

Mrs Nwanze explained that this was made possible with the employment created such as agents of the firm who help in recharging accounts of customers.

She further noted that the firm regularly sensitise its customers on how to maximally use the product.

The General Manager said the company, in partnership with the Niger Delta Power Holding Company (NDPHC), will illuminate rural areas in the region.