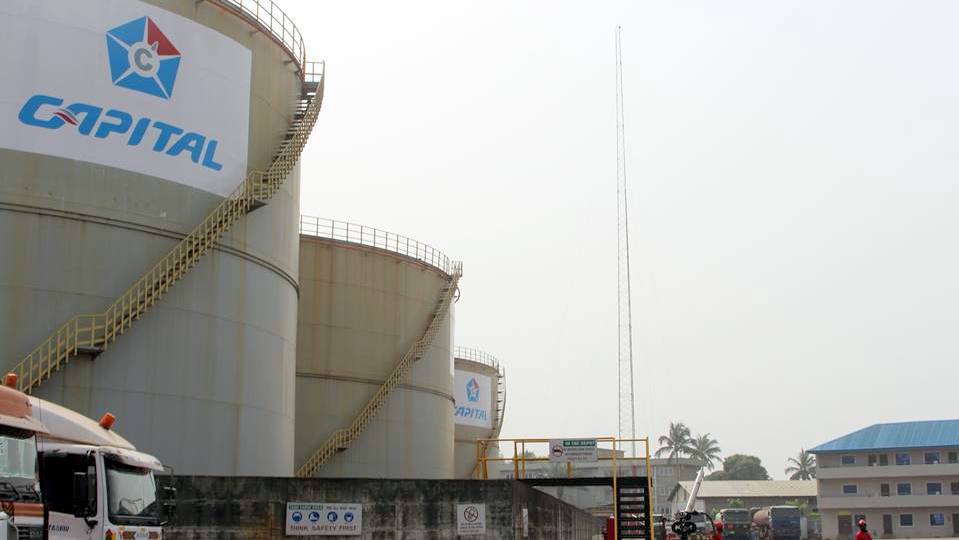 Providing details of the act by the companies, Mr Henry Ikem-Obih, NNPC Chief Operating Officer, Downstream, told journalists in Abuja that the infraction was discovered earlier in the year when the agency had need to access the over 100 million litres of petrol stored at the Capital Oil & Gas depot for NNPC Retail and just over 30 million litres in MRS Limited depot all in Apapa area of Lagos.

“We instructed the Nigerian Products Marketing Company (NPMC) a subsidiary of NNPC, to send additional trucks to those locations to move products for distribution aimed at meeting a supply shortfall we discovered in the market, but after days of not being able to access the terminals, we had to take a decision as NNPC Management to invite auditors and inspectors to go and do a physical check on the inventories,” he said.

The COO said the visit revealed that there was no molecule of product for the NNPC to evacuate.

Mr Ikem-Obih said the infraction by the two downstream companies was a clear violation of existing throughput contract which prohibits the owners of the facilities from tempering with the volumes in their custody without express permission of the corporation.

“Armed with this information, we promptly called them in to explain to us what happened to our product in their custody. After the meeting with them, we issued them with letters and told them in clear terms to do either of two things: return to us the full volume of what has been stored in their depots  litre- for- litre or pay the full value of the products they took without our approval,” he explained.

Mr Ikem-Obih disclosed that the Corporation alerted the Department of State Service (DSS), the Economic Financial Crime Commission (EFCC) as well as the relevant committees of the National Assembly with oversight function on the corporation’s downstream operation to help recover the assets contrary to the insinuation that NNPC kept mute over the infraction until the Senate uncovered it.

He said so far, MRS has fully complied by returning the 30 million litres of Premium Motor Spirit (petrol) that it expropriated while the Corporation had not achieved much progress with Capital Oil & Gas which was yet to return 82 million litres of petrol, valued at N11 billion, out of over 100 million litres which it took.

The COO further disclosed that NNPC had set up two committees to evaluate the roles played by some of its staff in the illegal product evacuation and review its entire throughput policy in order to align it with global best practices.

According to the COO Downstream, as part of efforts to forestall a repeat of similar occurrence in the future, a disciplinary committee was already investigating the level of involvement of its staff with a view to applying appropriate sanctions as a deterrence measure.

The second committee, he said, was reviewing the Corporation’s policy and guidelines for engaging in throughput arrangements with third parties to establish control measures that could help avert a similar incident in the future.

On possible punitive measures to be meted out to culpable staff and erring firms, the COO said it would be better to allow the committees decide that in line with existing laws and regulations.

On the impact of the product diversion on the supply system, he said there was no fear of under-supply as the Group Managing Director of NNPC, Dr Maikanti Baru, has graciously approved an increase in importation of petrol to make up for the shortfall.