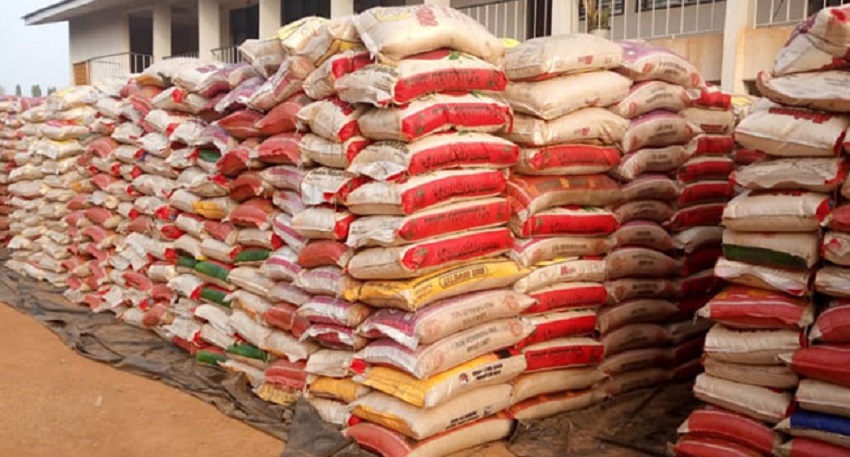 The federal government has expressed worry over the resumed smuggling of foreign rice into Nigeria through the land borders, warning that this could jeopardise the achievement made in the promotion of local production.

On August 20, 2019, the authorities shut down all land borders in an effort to curb the smuggling of foreign food items as well as arms into the country.

The embargo was lifted in December 2020 as the continent prepared for the implementation of the African Continental Free Trade Area (AfCFTA) on January 1, 2021.

In a statement signed on Sunday, November 7, 2021, by Mrs Mabel Mbosire, the Senior Information Officer in the Ministry of Agriculture and Rural Development, the Minister, Mr Mohammed Abubakar, said all hands must be on deck to ensure that the gains recorded in the domestic rice industry are not wasted.

Speaking in Abuja when he met with the Steering Committee of the National Taskforce on the Illegal Importation of Rice Through Land Borders, Mr Abubakar stated that the ban on rice importation had been in the interest of Nigerians as it has created a favourable environment for rice investors in the country while boosting local production. He noted that this needs to be sustained.

He also noted that the federal government and the private sector had invested a lot of resources in rice production and processing over the years in line with a commitment to developing the sub-sector through its various interventions.

However, the Minister noted that, “The resumed smuggling of foreign rice, primarily through the land borders is constituting a serious threat to these achievements.

“Therefore, if the smuggling is left unchecked, it will jeopardise all government efforts to enhance the domestic rice industry and make them ineffective.

“There is no better time than now to maintain the rice production momentum to achieve self-sufficiency for food and nutrition security, job creation, wealth generation and import substitution.”

According to the Minister, these concerns have necessitated the need to convene the meeting to discuss critical issues to strategize and develop concrete measures to enable the committee to carry out its duties effectively.

In his contribution, the Comptroller-General of the Nigeria Customs Service (NCS), Mr Hameed Ali, pointed out that the agency needs collaboration from other security agencies, such as the Nigerian Security Civil Defence Corps (NSCDC), in the operation of the border patrol.

The significant resolutions reached at the end of the meeting include the continuation of border patrol operation by the NCS with additional equipment, the deployment of the Nigeria Security and Civil Defence Corps (NSCDC) officers to support the border patrol, and severe punishment for rice smugglers caught.