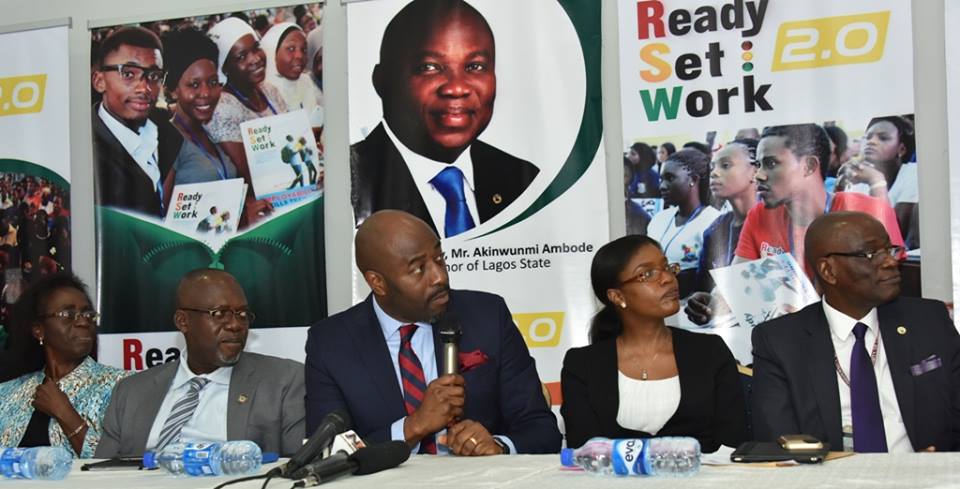 Plans have been concluded by the Lagos State government to train 12,000 undergraduates in tertiary institutions in the state on entrepreneurship and employability skills.

Out of the 12, 000 students, it was gathered that 2,000 final year students would be selected for the training at the three designated centres, while the remaining 10,000 would be selected from students in their penultimate year at the institutions and trained.

The beneficiaries, Special Adviser to Governor Akinwunmi Ambode on Education, Mr Obafela Bank-Olemoh explained, would been chose from those who register for the 2017 edition of the Ready, Set, Work (RSW) scheme of the state government.

On Thursday, government opened the programme’s website, www.readysetwork.com.ng, for intending applicants to register.

Mr Bank-Olemoh told newsmen that while registration begins from June 16, the training will run from July 1 to September 16, 2017.

He said as an improvement on the initiative which started in 2016, students of six tertiary institutions in the State would benefit, while three centres have been designated to host the training.

“When the administration of Governor Ambode came on board, one of the issues he was confronted with from the private sector was that there were major gaps in the work readiness of graduates, and his immediate response was to come up with a scheme to equip graduates from our tertiary institutions with the right skills needed to add value to the society.

“And so, the vision of the RSW is that every graduate from a tertiary institution situated in Lagos must have the knowledge, skills and attitudes required to gain meaningful employment or be self-employed and our plan is to train all graduates in tertiary institutions through the RSW,” the Governor’s aide said.

He said beneficiaries of the scheme would be selected to participate only on competence, and would be trained for thirteen weeks on labour market, mindset reorientation, 21st century skills, entrepreneurship, employability skills and teacher track.

He said about 750 of the beneficiaries would be helped to secure internship placement and given skill for life, while there would also be seed funding for winners of the business pitch competition to be held as part of the training.

Responding to questions on sustainability of the scheme and the need to accommodate other tertiary institutions in the state, Mr Bank-Olemoh said plans are afoot to integrate the RSW into the education curriculum of the state, and also expand the modules as well as the benefiting institutions.

Out of the 500 students that were registered for the scheme in 2016, only 422 graduated after the rigorous training with Sarunmi Oluwafemi and Dada Samuel who emerged as the overall winners of the pitch competition walking away with N6 million seed funding and N100,000 monthly working capital for six months.

Related Topics:Ready Set Work
Up Next