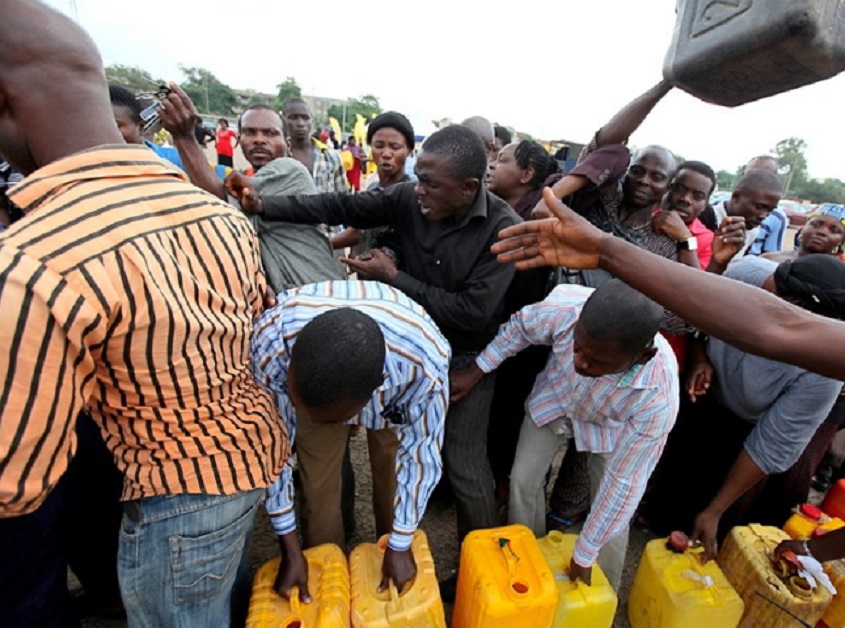 Except the Federal Government pays all petroleum subsidy arrears of over $2 billion (N720 billion) owed oil marketers, many employees in the downstream sector may soon be thrown into the labour market.

Already, the oil marketers have disclosed plans to embark on mass retrenchment of workers as government fails to pay the outstanding subsidy owed on the importation of petroleum products, accrued interest on loans from banks and exchange rate differential.

The government’s delay in the payment of the over N720 billion debt has made marketers to halt the importation of petrol, leaving the Nigerian National Petroleum Corporation (NNPC) to become the sole importer of the essential commodity. The marketers said as a result of the non-payment of interest and foreign exchange differentials, they had gradually become financially handicapped to continue operating profitably.

Both the Ministry of Finance and the Petroleum Products Pricing and Regulatory Agency (PPPRA) could not be reached for comments last night. Text messages sent to the mobile phones of their spokesmen — Lanre Oladele (finance ministry) and Salisu Saleh of the PPPRA— did not elicit any response as at press time, even as several calls put to their phones rang out. But presidency sources had confirmed to The Guardian that efforts were being made to settle all outstanding issues in the sub-sector.

A statement by the marketers after their joint meeting in Lagos yesterday which was signed by their legal adviser, Patrick Etim Esq, revealed that many petrol sellers and oil companies are owing their workers over eight months’ salaries due to the inability of the Federal Government to pay the debt.

The marketers appealed for an urgent intervention of government by the authorisation to pay outstanding interest and foreign exchange differentials owed them to date to save their businesses from total collapse. They alleged that government violated the agreement reached with them on payment schedule.

They claimed that the commercial banks that lent money to them for the importation of petrol were still in despair following the weight of the indebtedness of the oil sellers, even as their operations nationwide were fast grinding to a halt. They said the hope that the outstanding subsidy would be paid following the intervention of the Vice President, Yemi Osinbajo, appeared to have been shattered as the payment promised to be effected in July 2017 was yet to materialise.

The statement reads in part: “This is devastating to marketers as we are being dragged daily by banks on debts owed and under threat of putting our tank farms under receivership.

“The government approved the landing cost which fluctuated as it depended mainly on the international price of petrol and exchange rate of naira/dollar. A key term of the government’s contract with marketers is that the under-recovery payments shall be paid to marketers within 45 days of submission of documents evidencing discharge of petrol cargo and trucking out from storage.”

According to the marketers, it was also agreed that after 45 days, the government should pay the interest charges on the loans taken to finance the importation of petrol.

Explaining their ordeal, the marketers said they opened letters of credit at the approximate exchange rate of N197/$1.00 while petrol cargoes were supplied and sold at the selling prices approved by government and the repayment was calculated using the above exchange rate.

The marketers stated that it was only in the first quarter of 2017 that the banks were able to liquidate the letters of credit from 2014/ 2015 at N360/$ as against the N176-195/$ at the time the LC’s were opened because of lack of foreign exchange from the government, leaving their accounts with the huge differential.

“The recent further devaluation of the naira from N195 to N305, and later to over N365 to US$1, while the Federal Government agencies based their reimbursement calculation on N197 to $1, left petroleum marketers within our association with additional debt burden in excess of N600 billion. This is in addition to the over N250 billion arrears owed.

“The downstream sector as a whole, is now saddled with a debt burden of over N850 billion which keeps rising because the banks are still charging interests until the total debt is fully liquidated,’’ the marketers claimed.

On the implication, they said the operations of the marketers had been halted with a backlog of staff salaries remaining unpaid for about eight months now.

But the other stakeholders called for dialogue, emphasising the need for the government to provide incentives and create an enabling environment for the establishment of private refineries.

The Chairman, Lagos Chamber of Commerce and Industry (LCCI) Petroleum Downstream Group, Ken Abazie, described the planned retrenchment by oil marketers as a normal business decision in a challenging environment.

He said that the oil marketers were in business to make profit and therefore may be forced to retrench if there were no returns on investment.

According to Abazie, “if you are no more making money, I wonder why you should still be keeping employees in the company. The current fixed price of N145 a litre for petrol is not profitable for marketers. If we are not importing, automatically, we are not in business and if we are not in business, there is no need to keep the workforce. This is the current challenge for every investor in the downstream sector.”

He said that businesses were crumbling, as NNPC became the sole importer of petroleum products in the country.

To Abazie, the funds the government is using for the importation of petroleum products should be directed to capital projects.

The Executive Secretary of the association, Obafemi Olawore, urged the Federal Government to pay the outstanding debts of $2 billion owed on the importation of petrol products and the accrued interests on bank loans.

According to him, the delay in the repayment of the loan debts owed the banks by marketers has led to the retrenchment in the banking and the oil and gas sectors.

“The debts have impacted grossly on marketers. Only a very few are presently importing insignificant quantity of petroleum products into the country,’’ he said.

Olawore said that the plea was to avert the scarcity of petroleum products in the country.

According to him, the inability of the marketers to import fuel has impacted negatively on loading activities at the Apapa and Dockyard private depots in Lagos.

Head, Programmes and Membership, Institute of Directors’ Centre for Corporate Governance, Nerus Ekezie, said that government should verify and pay all the subsidy arrears.

He said that the impact the retrenchment would have on the economy would be too much for the country to handle, especially during this period of economic recession.

Ekezie pleaded with the oil marketers to exercise patience and engage in a dialogue with the Federal Government in respect to the settlement of the subsidy arrears.

He stressed the need for the Federal Government to find a lasting solution to the issues of fuel subsidy arrears.

He said that government should encourage the establishment of private refiners through the provision of incentives to bring a lasting solution to the issue of petroleum imports. “Government should pay what it is owes the oil marketers and fully deregulate the downstream sector.,” he added.