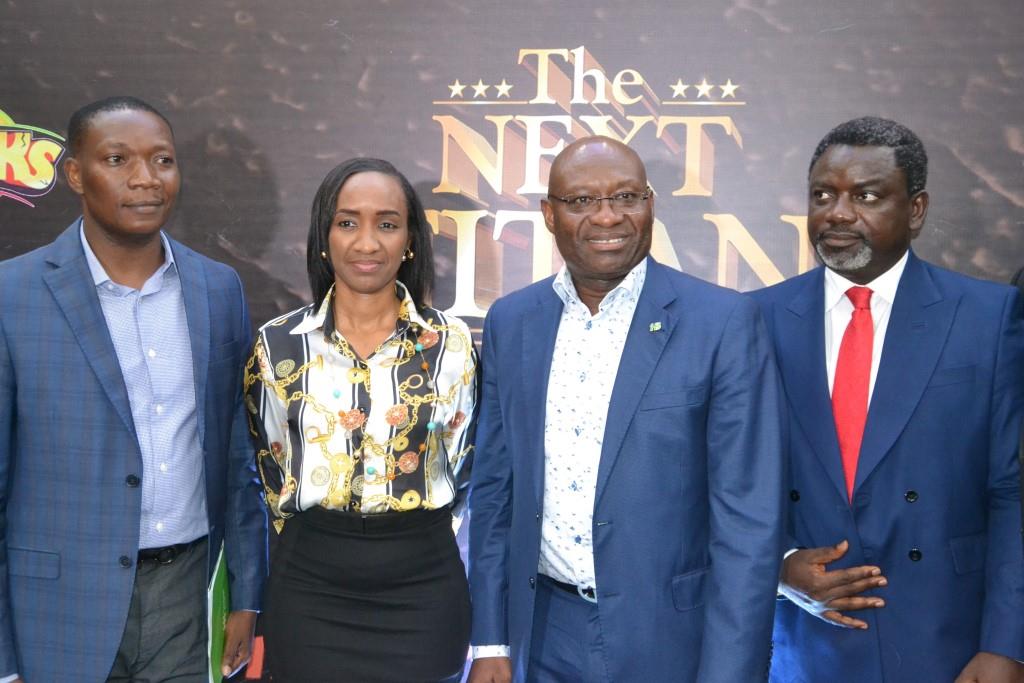 Managing Director of Heritage Bank Plc, Mr Ifie Sekibo, has encouraged the budding African entrepreneurs of the Next Titan Housemates to talk to small and medium enterprise (SME) desks of banks because the Central Bank of Nigeria (CBN) has a policy for disbursing money to banks for SMEs sector.

Mr Sekibo stated this while delivering a keynote address titled: Why African needs new breed of entrepreneurs and why is Heritage Bank championing it, at the premiere of the 5th edition of the Next Titan TV reality show in Lagos over the weekend.

The Next Titan is Nigeria’s entrepreneurial reality TV show where thousands of ambitious young entrepreneurs across the country compete with one another for a grand prize of N5 million and a brand new car to start his or her dream business.

He, however, challenged the budding entrepreneurs to stir up their entrepreneurship DNAs in a bid to allow innate ideas to flow and blossom.

According to Mr Sekibo, the entrepreneur is not the risk taker but the person who relentlessly pursue opportunities without recklessness, without regard to not having money, house or car or any strong financial support from family members, remarking that in most cases, he is the one that drops out at of school.

He said during the pre-colonial era in Africa, Africans, (our fore fathers) who were the entrepreneurs of those days in places like Lagos Island and Badagry were engaged in fishing and farming as well as trade across the west coast among themselves under an organised system.

The bank’s boss said during the colonial period, (our fathers) were affected by the culture and traditions of the colonialists a development which affected their psyche, thereby making what is foreign to be more important than what is local.

Mr Sekibo said western tradition became the order of the day as Africans moved away from entrepreneurship to white collar jobs to earn monthly income and the word job came into play, adding that work was no longer defined as the work of a tough man or woman on the farmland but depended on how much of the colonial language one understand.

In order to reverse the trend, Mr Sekibo contended that budding African entrepreneurs should relive the DNAs that their forefathers left for them by uncapping them so that their innate ideas could flow and blossom.

He said Africans burn with ideas but they needed to mine them so that they could blossom, remarking that they need to have mentors that will enable them to achieve their goals.

The Chief Executive also said money is very critical to entrepreneurship and they had to be bold and courageous to get it, adding that there is a spirit behind getting money which is largely influenced by character and integrity. He enjoined them to collaborate to bring down the cost of money.

Also speaking, Mr Folusho Philips, Managing Director of Philips Consulting, listed some factors for successful entrepreneurship. They are competence, character and behaviour, study and steadiness as well as compliant and chemistry of the prospective entrepreneur.

Mrs Yetunde Odejayi, Permanent Secretary to the office of the Deputy Governor of Lagos State, noted that entrepreneurship was part of key programmes of the current administration. She encouraged them to be bold and resilient and be prepared to face challenges and also informed them about state’s Ministry of Wealth Creation and the Lagos State Trust Fund (LSSTF).

Mr Babarinde Abiona, General Manager (Marketing) with Coscharis Motors, tasked them to believe in themselves and be focused, adding that Coscharis, a major dealer of Ford Motors in the country will give a brand new Ford Focus to the winner.

One of the boardroom judges, Mr Chris Parkes, commended Heritage Bank for investing in the project and noted that judges would be very critical of their ideas because they want ideas that could add value to the country’s economy.

About 60 finalists were unveiled at the premiere out of more than 2,000 contestants that were screened at various auditions in Port Harcourt, Enugu, Abuja and Lagos, however only 16 made it to the house while Heritage Bank used a wild card to add two more contestants: Kalu Sylvester and Ugochi Ogadi to bring the number to 18.