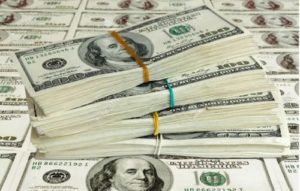 The Nigerian Senate has expressed shock at the recommendation by the Nigerian Law Reform Commission (NLRC) for a review of the Nigerian Foreign Exchange Act that the Central Bank of Nigeria (CBN) should be empowered to punish anyone found guilty of keeping the Dollars for more than 30 days with a two-year jail term.

In a statement issued on Monday the Chairman, Senate Committee on Media and Public Affairs, Mr Aliyu Sabi Abdullahi, the upper legislative chamber of the National Assembly said such law would scare investors away from the country.

The suggestion, if given a nod, would jail people for up to two years or fine them for 20 percent of the amount of the foreign currency held in their possession for more than 30 days.

But members of the red chamber argued that with the focus on boosting investor’ confidence in the nation’s economy, such move as proposed by the Commission will prevent investors from making free entry and free exit from the market.

The Senate said for this singular reason, it would out rightly rejected it.

“The measure is disruptive and counterproductive, threatening to undermine many of the reform efforts already underway in the legislature and by government ministries intended to boost investor confidence.

“The Senate would never pass such a punitive and regressive proposal. Overall, some of the Commission’s recommendation has many sound attributes and could help Nigeria’s investment climate. We believe the CBN should have the authority to regulate the forex market and determine the exchange rate policy as already enshrined in its enabling Act.

“A market-oriented exchange rate policy is the best recipe for guiding the operations of the foreign exchange market. This will ensure the supremacy of market mechanisms in efficiently allocating the scarce forex resources,” the Senate stated in the statement.

It added that, “We will continue to work with the Executive to halt the worsening recession and return to economic growth.”

The proposed changes are said to be intended to help control capital flows and prevent foreign exchange from being taken out of the country. Analysis of the proposed rules changes, that were posted on the Commission’s website, states that “the amendments are necessary for effective monitoring and control, and to ensure probity in foreign-exchange transactions in Nigeria.”

Also in June, the CBN was cheered for loosening its control over exchange rate policy in a bid to encourage investors to return to Nigeria and prevent capital flight. Hopes were high after the Nigerian government finally allowed the naira to float, as was recommended by domestic and international investment advisors. Currently, however, the markets do not reflect a loosening of CBN control over the forex market, leading to the emergence of multiple exchange rates.