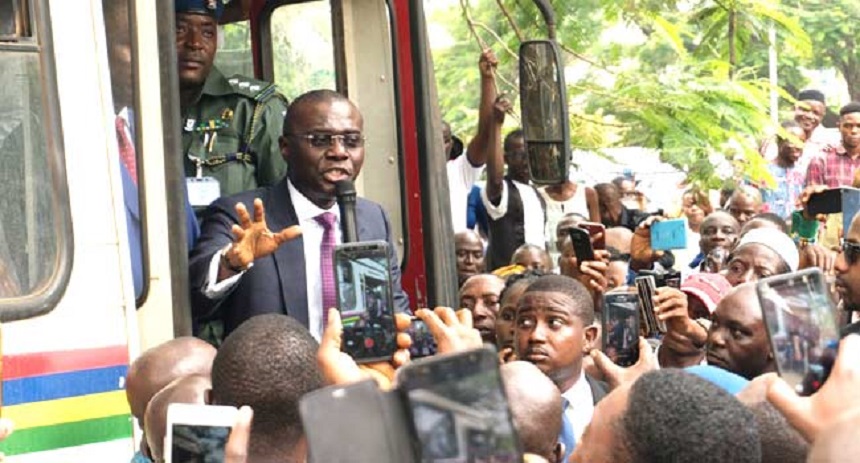 This was revealed by the Director-General, Lagos State Pension Commission (LASPEC), Mr Babalola Obilana, at the Retirement Bond Certificates Presentation to the 84th batch of the Contributory Pension Scheme (CPS) retirees held in Lagos.

Mr Obilana noted that the fund has been transferred by the state to the retirees’ various Pension Find Administrators (PFAs) who have confirmed receipt and would begin disbursement within a couple of days.

He said Lagos state has been consistent with its leadership role in the implementation of the CPS in line with the provision of the Lagos State Pension Reform Law of March 19, 2007, now amended.

He posited that the event was organised to celebrate the elder statesmen who had laboured in the State’s Public Service and also to present them their retirement benefit bond certificates.

According to him, the bond certificates shows the accrued rights due to the retirees for the years spent in the service of Lagos state under the discontinued Defined Benefit Scheme.

He called on the retirees to ensure that they take their health into cognizance considering the current global health issue.

“You have worked for 35 years and by God’s grace, you will not spend your money on illness.

“Please take very good care of yourself, as health is wealth and the coronavirus is still very much around.

The LASPEC boss hinted that the state government was also working on modalities for the implementation of the Health Insurance for the pensioners, which is expected to tentatively kick-start before the end of the year.

Mr Obilana commended Governor Babajide Sanwo-Olu for his commitment to the efficient and effective administration of the CPS in the state.

He explained that the effort of the governor has culminated in the regular issuance of the retirement benefit bond certificates to the retirees.

He appreciated the unflinching support of the Commissioner for Establishment, Training and Pension, the state’s approved PFA’s and the insurance companies for their efforts at ensuring that all retirees have unrestrained access to their benefits.