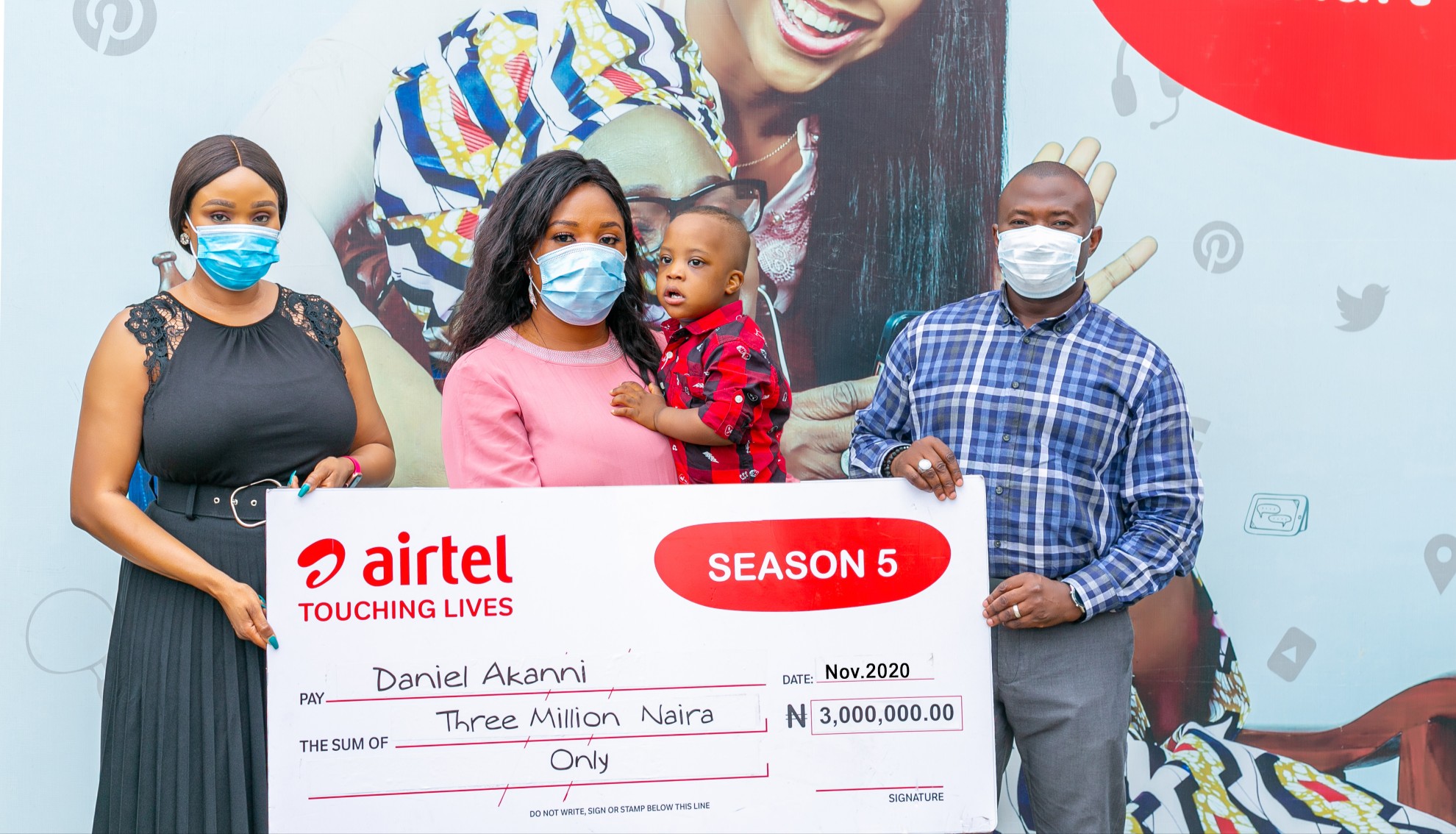 An unemployed single mother known as Ms Adeola Ayoola is presently happy and the reason is not far-fetched.

A prominent telecommunications services provider, Airtel Nigeria, has touched her life and made her happy again through the company’s initiative known as Airtel Touching Lives.

Ms Ayoola was thrown into a depression when her child, an infant named Daniel Akani, was diagnosed with atrial septal defect popularly known as a hole in the heart.

Though the seven-month-old physically challenged toddler has been a source of joy for his mother, the demand for N3 million for a surgery to treat the heart issue weakened the mother, who had nowhere to run to.

But Airtel came around like an angel to shine the light on her and fill the hole with laughter once again.

Today, Ms Ayoola confirmed that “Daniel’s health has improved and I just can’t tell you how much that means to me. Thank you, Airtel, for touching our lives.”

She confessed that, “Since Airtel’s intervention and subsequent surgery, my son’s physical and mental health has been perfect. He plays heartily now and can do things he usually was unable to. I really can’t describe how grateful I am to Airtel for what they have done.”

Daniel’s story reached Airtel after an acquaintance nominated the mother and child for the telco’s Touching Lives initiative season 5.

The child was diagnosed with a hole in the heart after his mother noticed his abnormal way of breathing few months after birth and she was told by the medical doctors the child needs to undergo a surgery as well as physiotherapy treatment to help improve his physical state.

The story was aired on national TV during an episode of the acclaimed programme and saw Ms Ayoola narrate her ordeal and revealed she has no financial support.

During the episode, Airtel promised the family financial support for medical treatment and the company has since fulfilled this commitment.

Airtel Touching Lives is an inspiring corporate social responsibility initiative that seeks to offer practical relief, succour, hope, opportunities and credible platforms to liberate and empower the underprivileged, disadvantaged and hard-to-reach persons in the society.