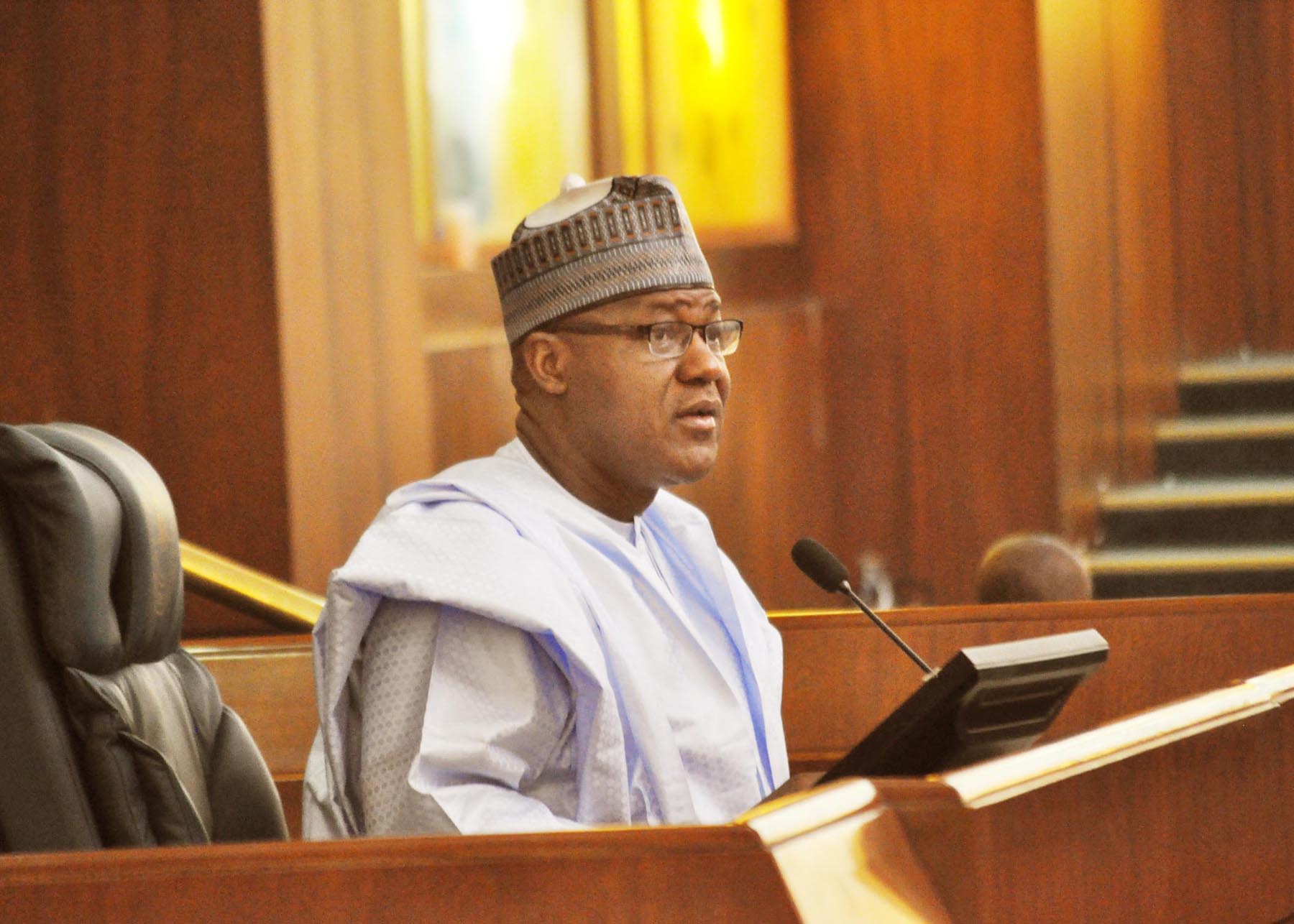 Speaker of Nigeria’s House of Representatives, Mr Yakubu Dogara, has submitted that African nations need the assistance of international communities to succeed in its war against corruption.

Mr Dogara, while delivering a keynote address at the 28th plenary meeting of the Inter-Governmental Action Group against Money Laundering in West Africa (GIABA) in Abuja, said Africa will defeat money laundering and others if Western countries stop providing safe haven for looters.

He therefore called for stronger synergy among impoverished countries in Africa in order to achieve desired outcomes in the fight against money laundering and terrorist financing.

The Speaker noted that due to lack of effective international cooperation and collaboration, criminals have globalised their activities, connecting across the globe seamlessly whilst the enforcers of the laws are hampered in no small measure.

Mr Dogara expressed the National Assembly’s, and indeed, Nigeria’s readiness to fully comply with the global standards required of her by demonstrating political support to the relevant competent authorities in the country to deepen the anti -money laundering and combatting the financing of terrorism culture in Nigeria.

The lawmaker also stressed that the administration of President Muhammadu Buhari is wholly focused and effectively poised to deal with the issues of corruption, money laundering, insecurity and terrorism in the country.

“There must be synergy between the impoverished countries where monies may have been stolen and laundered from and countries where considered as safe havens where these proceeds of crime are kept.

“As stated earlier, the fibres of international cooperation must be strengthened if we must win the fight against money laundering and terrorist financing.

“Nigeria is fully committed to complying with the global standards required of her by demonstrating political support to the relevant competent authorities in Country so as to deepen the anti -money laundering and combatting the financing of terrorism (AML/CFT) culture in Nigeria.

“The National Assembly will, when called upon for any legislative intervention to bring our system in tandem with global realities and requirements, do so with utmost sense of responsibility knowing the central role the subject matter of anti-money laundering and combatting terrorist financing play in the attainment of economic prosperity and global peace.

“Nigeria is open to forms of cooperation permissible under the law and also in line with prevailing global best practices which could be expressed in unhindered Financial Intelligence Unit (FIU) to Financial Intelligence Unit (FIU) information exchange, or request for Mutual Legal Assistance (MLA) through the office of the Attorney General of the Federation and Minister of Justice,” he said.

Going further, the Speaker highlighted the connection between stolen and criminally acquired funds and sponsorship of terrorism, which he stressed continues to be a major challenge for policymakers in both developed and developing countries, with the magnitude of wanton destruction and loss of lives it leaves in its trail.

“As you all are well aware, terrorism and illicit financial flow have become a major scourge and an issue of global concern. Repeated calls have been made for effective global collaboration to deal with the menace of terrorism, terrorists financing and money laundering.

“The Financial Action Task Force (FATF), United Nations, the World Bank, International Monetary Fund and others have at different times created global frameworks to guide countries who are enjoined to pass relevant laws and take other counter measures to deal with individuals, entities and assets of money launderers and terrorist financers in their jurisdictions.

“It’s difficult to imagine an organised terror activity without some form of financing. As a matter of fact terrorism feeds on money more than ideology.

“Terrorists adopt the techniques usually deployed by money launderers to evade the attention of relevant authorities and to help mask the identity of their sponsors and of the terrorists who may ultimately be the beneficiaries of the funds.

“The frequency of terrorist attacks in Africa has necessitated its recognition as a region warranting special counter-terrorism measures. In particular, the Boko Haram in Nigeria has been associated with the death of numerous Nigerians and destructions of properties worth billions of Naira.

“This is in addition to the disturbing trend of illicit financial flows orchestrated by corrupt public officials who at different times abused public trust for personal gains thereby occasioning the worsened economic woes of unemployment, infrastructural decay, insecurity and a host of other socio-economic problems.

“In moving their funds, terrorists may use the formal banking system, informal value-transfer systems or the oldest method of asset-transfer, the physical transportation of cash, gold and other valuables through smuggling routes.

“All these contribute to the complexity of dealing with the problem. Unfortunately, as complex as the war against these hideous crimes are, our generation cannot afford to lose the war otherwise bedlam will continue to spiral and spread its deathly blanket upon nations of the earth.

“It will take effective networking and the coming together of nations to be able to deal with this global scourge,” he stated.

The Speaker commended the openness and willingness of many countries across the world that partner with Nigeria to fight corruption and return to Nigeria, monies and other assets that have been stolen and stashed away in their jurisdictions, adding that the National Assembly will, when called upon for any legislative intervention, bring its system in tandem with global realities and requirements with utmost sense of responsibility, knowing the central role the subject matter of anti-money laundering and combatting terrorist financing play in the attainment of economic prosperity and global peace.