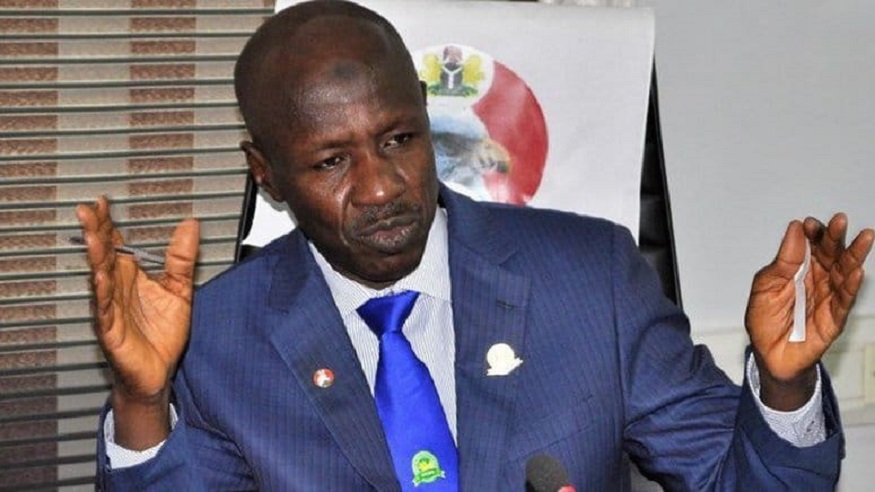 The anti-graft agency boss had reportedly been arrested on Monday by agents of the Department of State Security (DSS) and was whisked away to face the Presidential Advisory Committee Against Corruption (PACAC) over allegations of corruption, a panel led Mr Ayo Salami, retired president of the appeal court.

Business Post had reported on Monday that Mr Magu was arrested at the Wuse II office of the EFCC in order to prevent him from damaging documents meant for the investigation.

He was later said to have been detained at the headquarters of the Force Criminal Investigations Department (FCID) in Abuja where he spent the night.

It has been speculated that Mr Magu may continue to stay in detention as the evidences against him are overwhelming and may find it very difficult to deny them.

The Attorney-General of the Federation (AGF), Mr Abubakar Malami, had reportedly accused Mr Magu of insubordination and re-looting some recovered funds from some corrupt government officials.

His suspension is coming swiftly so that he can face the allegations levied against him.

Before news of his suspension from office, it was reported a moment ago that the panel established by the President to look into the allegations against Mr Magu resumed sitting.

Those in the camp of Mr Magu have accused the Attorney General of the Federation and the Minister of Justice of being behind the EFCC chief’s woes.

It is speculated that Mr Malami wants full control of Mr Magu, especially how he executes his duties and who to go after in the anti-corruption war in the country.

Mr Magu has been acting as the EFCC chairman since President Buhari assumed office in 2015. His nomination was rejected by the Senate at least two times because the DSS said he was not capable for the post.

Related Topics:suspends Magu
Up Next