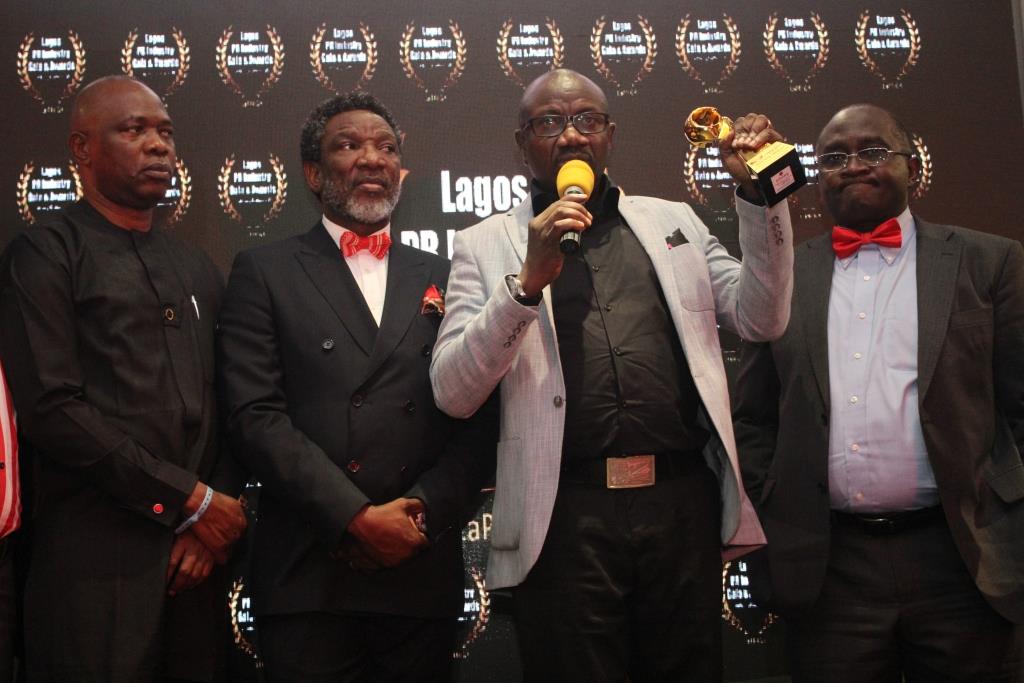 Mr Israel Jaiye Opayemi, Managing Director/Chief Strategist of Chain Reactions Nigeria, one of the country’s leading Public Relations and Integrated Communications Consulting Firms and the Exclusive Nigerian Affiliate and Preferred West Africa’s Partner of Edelman, the world’s largest PR firm with presence in 65 countries across the globe, has won the ‘PR Practitioner of the Year’ at the 2018 edition of the Lagos PR Industry Gala Awards (LaPRIGA).

Mr Opayemi was named winner of the prestigious award category during the award ceremony in Lagos on Thursday, December 20, 2018, organised by the flagship Lagos State Chapter of the Nigerian Institute of Public Relations (NIPR).

Commenting on the honour, Mr Opayemi dedicated the award to God and to his team of ‘creative rebels’, and said the award was a motivation for him and the team to improve on the great work Chain Reactions Nigeria has been doing.

“This is not just a recognition award; you have challenged me and my team tonight. And let me say before this circle of professionals that, we will continue to raise the bar of excellence. We will bring more honours to this great profession in our own lifetime”, he enthused.

He thanked the Lagos State Chapter of NIPR for the award, and commended LaPRIGA as a great initiative that promotes professional excellence amongst PR practitioners in Nigeria.

Speaking at the event, the National President of NIPR, Muktar Sirajo, described LaPRIGA as one of the creative ways to keep PR practitioners on their toes while encouraging more PR professionals to aspire for excellence by ensuring they approach their works in a competitive manner.

He also revealed that the national leadership of NIPR was intensifying the fight against quackery as part of steps to ensuring standards and professionalism in the industry.

“The fight against quackery in the profession is still on. We don’t want to make a lot of noise about that because we don’t want to give away our strategy. But we are on top of it and very soon, we intend to visit the Attorney – General of the Federation who is mandated by the law to set up a tribunal to try people found to be practising Public Relations without licensing by the institute”, he stated.

Also speaking, the Lagos State Commissioner for Information and Strategy, Mr Kehinde Bamigbetan, said Public Relations is a very important tool for the Lagos State Government to effectively communicate its policies and programmes to the residents of the state and other stakeholders.

“It is always a real challenge every time when we have to convince over 20 million people to buy into our policies. I believe tonight, through the awards, we will see those whose experiments have worked so well that you can learn a few tricks and then try and use one or two in packaging our own policies in government”, he said.