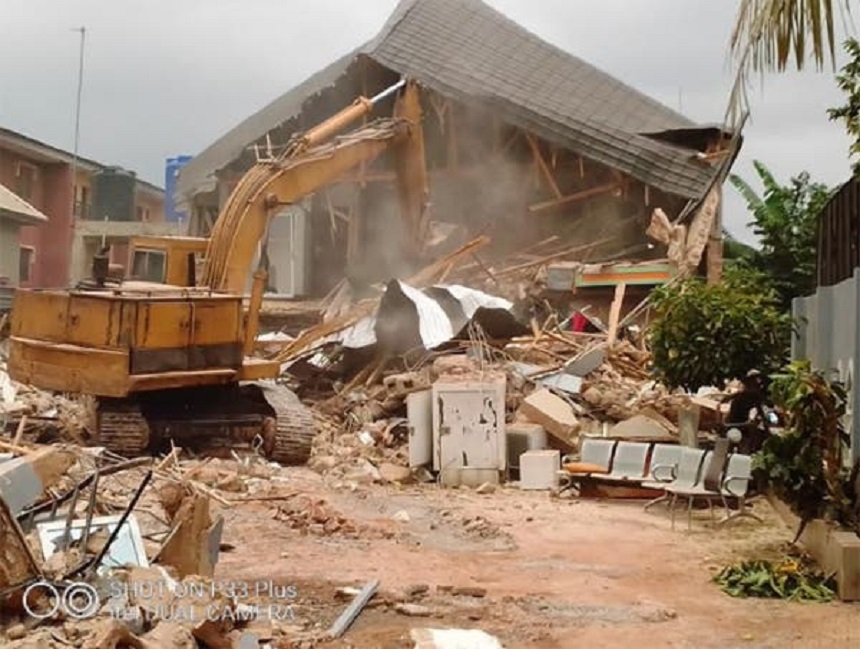 The decision of the owner of a mall under construction at Sabon Lugbe in Abuja to change its use without authorisation has angered the Department of Development Control of Federal Capital Territory Administration (FCTA).

As a result, the agency has moved into action by demolishing the property on Tuesday.

The department has also marked another building, a school in Abuja, for demolition for the same reason as the owners did not obtain approval.

Speaking with journalists yesterday after the demolition of the mall, the Director of the Department of Development Control, Mr Murktar Galadima, lamented that property owners and developers changed their land use after obtaining approval during the COVID-19 lockdown imposed by the federal government.

He described this development as worrisome but emphasised that his agency would make every effort to correct the wrongs and bring sanity to the city.

“The pulling down of structures and marking of others is because of cases of land-use conversion, whereby property owners are converting their premises to other use than the designated land use; that is why we have gone round to give them notice to revert within 48 hours,” Mr Galadima said.

Speaking further, he said, “The property owners didn’t change the structure, they only converted to another use than the approved one without our approval, and it is against the master plan.”

He said the department would stop at nothing to ensure that the structures marked by the agency, especially the British Springhall School, revert to original use else it would be sealed.

“All the places that we have marked, we have given them 48 hours to revert or it will be sealed,” he declared.

Mr Galadima said those who have breached the land use will find it tough as the department would not sleep until the needful was done.

The places asked to revert to approved use by the department included Kim’s on plot 17 B and 18 B, Colorado Crescent; and British Springhall School on  35, Danube Street and 2 others, all in Maitama District.

NHRC Receives 754 SGBV Complaints from Lagos, Others in Six Months