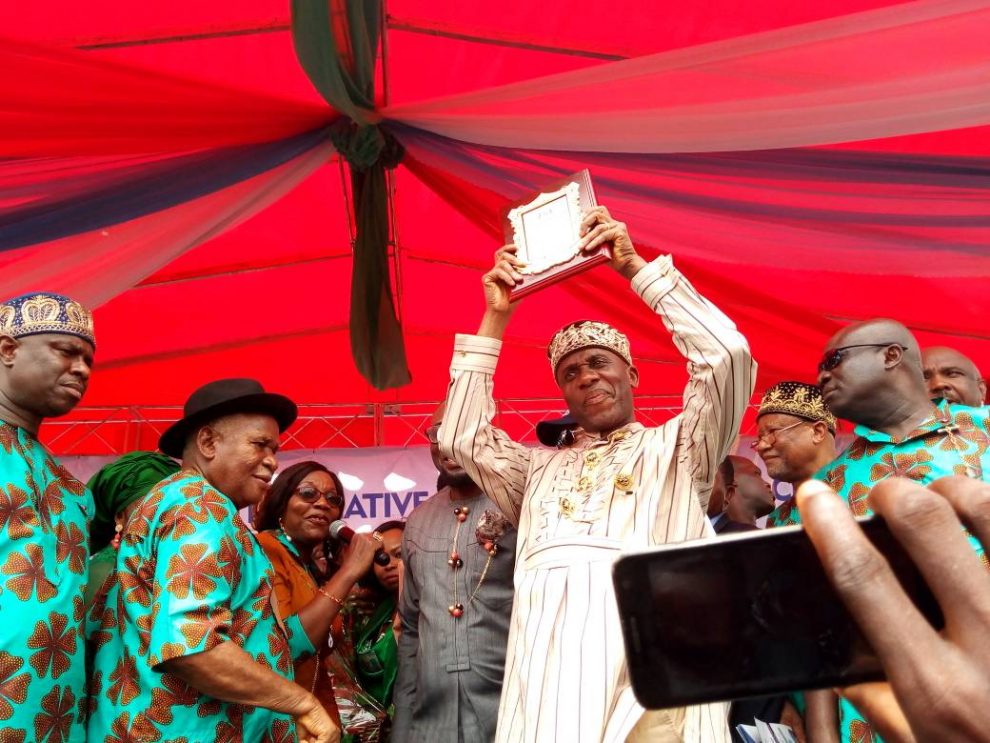 Rivers State chapter of the All Progressives Congress (APC) has congratulated Mr Adams Oshomhole on his emergence as the national chairman of the ruling party on Saturday.

At the national convention of the party held at the Eagle Square, Abuja over the weekend, the former Governor of Edo State emerged unopposed.

Speaking to journalists shortly after the convention, Chairman of the party in Rivers State, Mr Ojukaye Fag-Amachree, said the emergence of Mr Oshiomhole will engender fresh innovation in management of the affairs of the party going into the 2019 elections and even beyond.

“For sure, the popular emergence of Comrade Adams Oshiomhole will bring about fresh air and new innovations that will prepare our party to win the 2019 elections.

“His skills in managing individuals of diverse backgrounds, interests and aspirations will come handy in unifying our party for the task ahead of the 2019 elections and thereafter,” Mr Ojukaye declared.

In a related development, Mr Flag-Amachree has hailed the election of Mr Victor Giadom and David Okumgba as Deputy National Secretary and Zonal Secretary (South-South) respectively.

He attributed the development to the sagacious, focussed and transboundary leadership style and influence of the Minister of Transportation and Director General, Buhari Campaign Organisation, Mr Rotimi Amaechi.

“I believe that the successful election of Chief Giadom as Deputy National Secretary and David Okumbga as Zonal Secretary (South-South) came about because of the political networking skills and national outlook of our leader, Chibuike Amaechi. Before our eyes we witnessed the central role he played with other leaders to ensure that the national convention was successful.

“I would like to use this opportunity to appeal to all APC members in Rivers State to come together to promote a peaceful common ground and the lofty and progressive ideals of our great party with the common purpose of chasing Wike out of the Brick House come 2019. This must remain the central focus of every APC member going forward.

“I will continue to extend an olive branch to all our party members irrespective of their leanings or tendencies so that we can collectively agree and work together for the benefit of our party and our people. Rivers people deserve better; Wike’s mediocre government must come to an end come 2019,” Mr Ojukaye concluded.

Related Topics:Rivers APC
Up Next