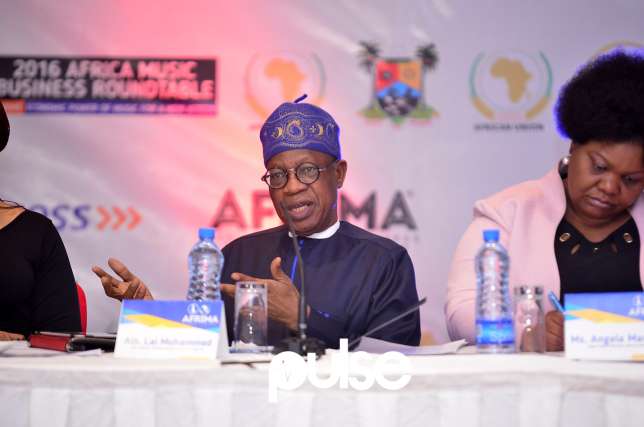 Minister of Information and Culture, Mr Lai Mohammed, has hailed Nigerian musicians for putting the country’s name on the global map, urging them to pay more attention to the need for socially-relevant messages in their music.

“The whole country is listening, dancing and sending via all forms of social media, our music and videos, and our artists clearly have more influence and reach than our law enforcement agencies. As 9ice and 2Baba boasted, they are the ones with Street Credibility,” he said.

Mr Mohammed, who spoke on the topic ”Championing Social Justice and Advocacy Through Music,” observed that for music to achieve the desired objective, it must have the right content to drive home the message, saying the works of foremost musicians in Africa, including Fela Anikulapo Kuti, Rex Lawson, Sonny Okosun, Victor Uwaifo, Dan Maraya Jos, Mamman Shatta, IK. Dairo and Ebenezer Obey continue to reverberate because of the message they contained.

He said the legendary musicians all used music to fight social injustice or for advocacy, listing many examples, including ”Unknown Soldier” by Fela; ”Fire in Soweto” by Okosun and ”Nigeria go survive” by Veno Marioghae.

The Minister described music as a powerful tool of communication, saying the federal government will leverage on the power of music to promote the National Re-orientation Campaign tagged “Change Begins With Me,” which was launched by President Muhammadu Buhari on Sept. 8th 2016.

“Because this campaign is about returning to those moral values that stood our country in good stead, a lot of that can be done through music. In order words, music is a powerful tool of advocacy. Good music has no tribe, no gender, no section, no religion,” he said.

Mr Mohammed hailed AFRIMA organisers for promoting, celebrating and elevating creativity in the area of music.

“This, to me, is one of the most important and credible platforms to promote African Music globally, using Nigeria as a pivot. My sincere hope is that you will do everything possible to sustain AFRIMA which, in your own words, is propelling African Music to the glorious pinnacle far beyond the borders of Africa.”

Related Topics:AFRIMAlyricsmusiciansrich lyrics
Up Next 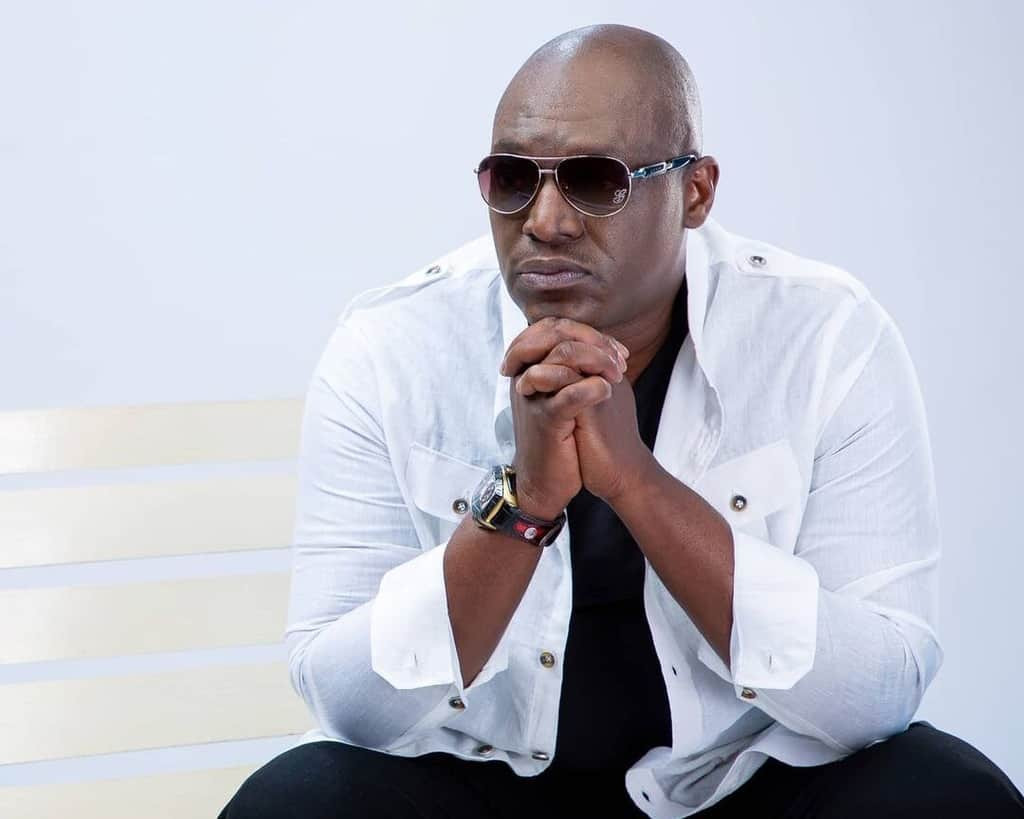 Popular Nigerian gospel singer, Sammie Okposo, will be buried on Thursday, December 15, 2022, details of his burial have revealed.

Sammie Okposo breathed his last on November 25, 2022, at his residence in Lagos. His death was shocking to many people as he hosted a praise event shortly before his demise.

In the programme of activities seen by Business Post, the late musician from Delta State will be laid to rest next week at a private ceremony, which is strictly by invitation.

Before then, there would be an Industry Tributes Nites organised by his friends tagged Sammie Okposo farewell Praise Party (SOfPP) slated for 5 pm at La Madison Place, Oniru, Lagos on Tuesday, December 13.

The next day, there would be a service of songs to be held at House on the Rock Cathedral, Lekki, Lagos at 6 pm, and on Sunday, December 18, an outing service would be held in his honour by 10 am at The Logic Church, Lekki, Lagos.

Sammie Okposo recorded many songs before his death last month. He was a worship leader and a choir director.

His marriage was an item of discussion earlier this year after he confessed to putting a lady based in the United States into the family way. 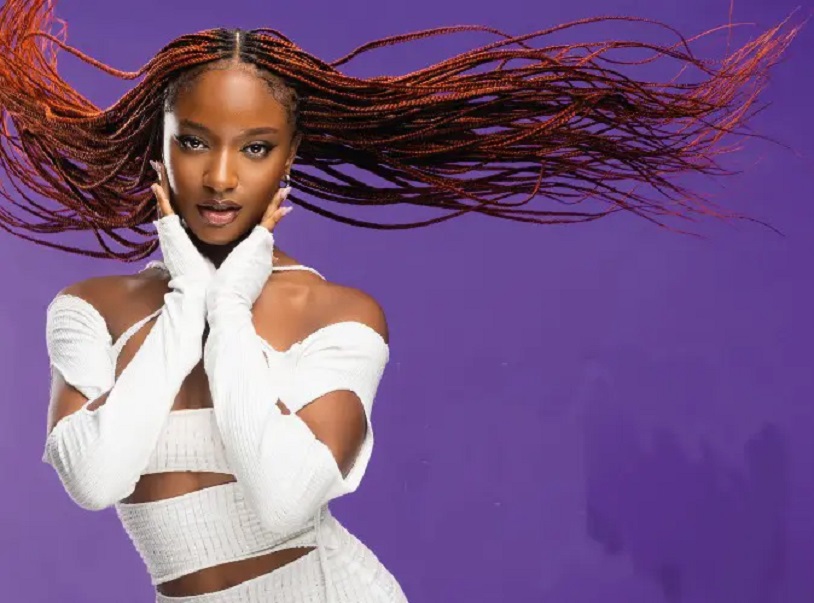 Mavins Record’s singer, Ayra Starr, has emerged as the most streamed female artist in Nigeria this year on the popular music streaming platform, Spotify.

In its 2022 Spotify Wrapped, the platform said the singer beat respected acts like Tems, Rihanna, Asa, Beyonce and others to clinch the top spot.

The Spotify listing is always anticipated because it gives an overview of what people listened to on the platform in the year under consideration.

This year’s data paints a picture of how Nigerian music captured hearts, both at home and around the world.

In 2022, Nigerian music has continued to hoist its flag in different global territories claiming its space on the world stage. The year in Afrobeats was defined by the emergence of a hybrid Amapiano sound, an endless pipeline of hits, and new heights for a generation of pop royalty who are questioning our ideas of what’s popular in style and sound.

“2022 ushered us into an era of cultural overdrive and we’re excited for fans and artists alike to share these insights on the music they created and listened to this year,” Spotify’s Artist & Label Partnerships Manager, West Africa,” Mr Victor Okpala, stated.

According to Spotify, Nigerians listened to nearly three times as much local music in 2022 than they did in 2021, with a 291 per cent year-on-year increase in local music consumption.

Also, they brought out speakers on Fridays, which is when they listen to the most music, and data showed that they listen to songs mostly at 11 am, right after morning commutes and to-do lists are taken care of.

The full breakdown of the top lists is below. 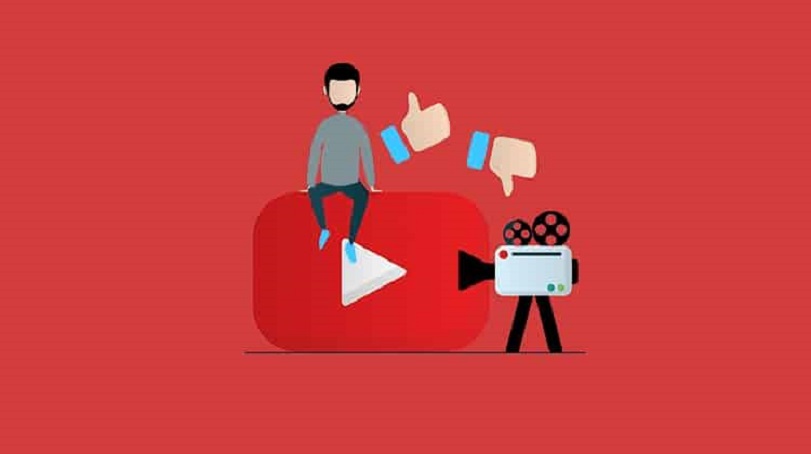 In its usual yearly tradition, YouTube has unveiled lists ranking the top trending videos, music videos, Shorts, and creators in Nigeria, capturing the most important moments in 2022 on and offline, such as the performance video for Mavins, Crayon, Ayra Starr, LADIPOE, Magixx and Boy Spyce’s song titled Overloading, Episode 24 Apocalypse of Selena Tested and SELINA, the Nollywood Romantic Comedy from Uduak Isong TV.

According to the video streaming platform, YouTube Shorts are being watched by over 1.5 billion logged-in users every month and averaging over 30 billion daily views. The company also announced that it paid more than $50 billion to creators, artists, and media companies in the three years before June 2022.

Also, more than two million people have participated in its partnerships program around the world, with YouTube Premium and YouTube Music now has more than 80 million users, including trailers, around the world.

“Every year, the YouTube End-of-Year Top lists give us a glimpse into what people in Nigeria were most curious about.

“YouTube is the place where everyone comes to see what has and is happening in the world while participating in, and having an impact on, today’s culture.

“Whether it’s Shorts creators making millions laugh such as Oga Sabinus, or fascinating events such as the 100 days building a modern underground hut with a grass roof and a swimming pool by Mr Heang Update, 2022 was an important year for us all and we cannot wait to see what the next year has in store for us,” the firm stated.

It explained that the Top Trending Videos list was based on a range of factors, beyond just views, that indicates how “trending” a video really is. The YouTube Culture & Trends team also considers engagement and looks at signals like shares and likes of a certain video.

Below are the full list End of Year Lists in Nigeria: