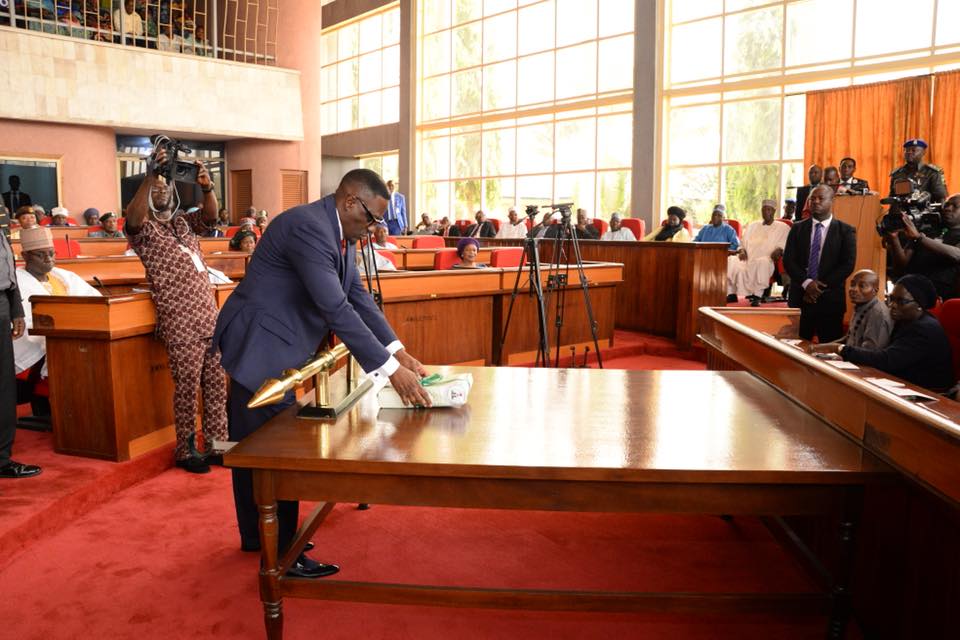 The government of Kwara State has released its federal allocation figures for the month of March 2018.

A statement issued by Permanent Secretary of the State Ministry of Finance, Mr Benjamin Fatigun, disclosed that a total of N3.6 billion was received as allocation last month, higher than the N3.5 billion it got in February.

The Permanent Secretary also announced that the 16 local government areas in the state received a total of N2.5 billion as allocation for March, the same amount they got two months ago.

Mr Fatigun said that the LGs’ allocation was made up of statutory allocation of N2 billion, Value Added Tax (VAT) of N496.8 million and excess bank charges of N2.7 million.

Related Topics:kwarakwara allocation
Up Next