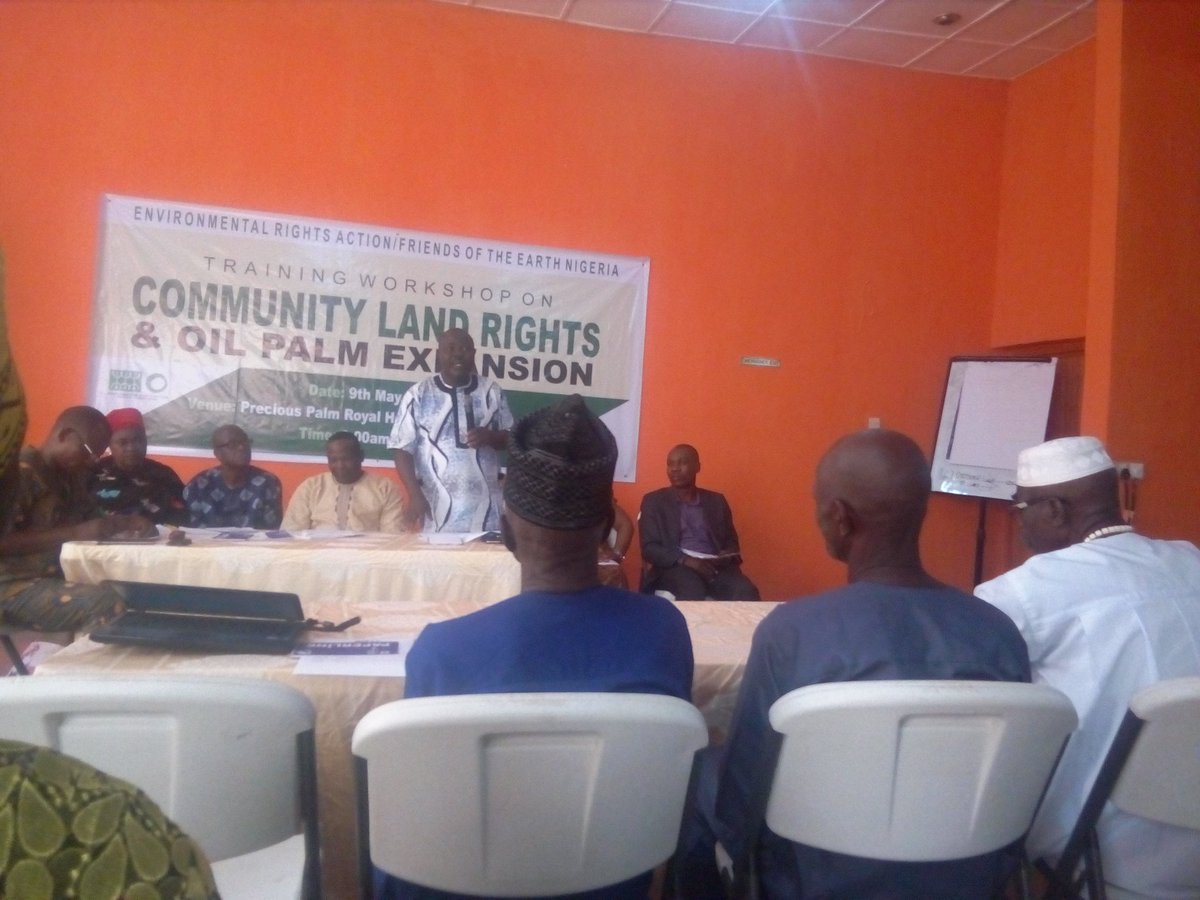 Nigeria-based company engaged in processing of oil palm, Okomu Oil Plc, has been accused of deceiving members of the public by falsely saying it has the Roundtable on Sustainable Palm Oil (RSPO) certificate.

RSPO certification is an assurance to the customer that the standard of palm oil production is sustainable.

Palm oil producers are certified through strict verification of the production process to the stringent RSPO Principles and Criteria for Sustainable Palm Oil Production by accredited Certifying Bodies, and can be withdrawn at any time in case of infringement of the rules and standards.

At a press briefing in Benin City, Edo State on Tuesday, a group known as the Environmental Rights Action/Friends of the Earth (ERA/FOEN) alleged that Okomu Oil Plc has not met the RSPO requirements and asked the firm to stop parading the certificate.

“Okomu Oil Plc, RSPO certification is a false solution because it does not address environmental and socio problems in a community. The oil firm should stop parading itself as having RSPO certified compliance.

“They are not meeting RSPO guidelines and standards yet they continued to enjoy the advertisement and putting this logo on their signpost. We called on them to remove the RSPO certification from their narrative forthwith,” the group told newsmen at the briefing.

According to the Executive Director of ERA/FOEN, Mr Godwin Uyi Ojo, who addressed the media, Okomu Oil Plc is not amongst the over 3,500 companies, who are worldwide members of RSPO.

He explained that the palm oil giant was not certified by RSPO, but pointed out that its mainstream shareholder firm, Socfin, which controls its major shares, is an RSPO member.

Recall that Okomu Oil Plc and other investors in the palm oil industry in the state last April presented and launched the Nigeria National Interpretation of Round table on Sustainable Palm Oil (RSPO) to the public in Benin-City.

“On Socfin’s website there are some certifications Okomu Plc has in Nigeria, but are not directly linked to RSPO certification, covering its acclaimed 36,000 hectares plantation. Okomu Plc is not known to have formally applied to be a member.

“Okomu Oil Plc has no RSPO certification. Still, it publicly claims to uphold RSPO certification procedures in its operations, whereas this does not amount to direct RSPO membership. It does not also suggest the certification of its plantations and socio-economic gauges. Evidently, the company was part of RSPO meeting. The company is not certified by the RSPO.

“Okomu Oil palm company Plc asserts to have been given some certification in the category of International Organization for Standardization (ISO), through a bureau Veritas. Nevertheless, Okomu Plc’s certification status with the main Roundtable on Sustainable Palm Oil (RSPO), is vague, but the company is hesitant declaring its true standing,” he informed journalists.

Mr Ojo noted that the RSPO categorically state that there shall be no deforestation in areas of oil palm, whether new or expanding plantation, stressing that from Odiguette community in Ovia North-East, Igbobazuwa, Okomu communities in Ovia South-West to Sabo-Gida community in Owan West and Uhunmwode local government deforestation has taken massively.

He maintained that with the continued deforestation, Okomu Oil Plc cannot parade itself as having RSPO certificate.

He further admonished Okomu Oil Plc to stop all forms of oil palm plantation expansion that are detrimental to community farmlands, biodiversity hotspots and historical sites, settle all outstanding cases of compensation arising from destroyed crops and farmlands, halt environmental and rights violations and evictions of communities in its areas of operation and halt using any form of armed military personnel to molest and intimidate the people among.

Meanwhile, efforts by Business Post to reach out to the management of Okomu Oil Plc proved abortive as at the time of filing this report.

However, we promise to intensify our efforts to reach the company to have their reaction to this issue.

Related Topics:Environmental Rights Action/Friends of the EarthOkomu Oil PalmRSPO certification
Up Next

Stock Market Value up by N210b as Investors’ Confidence Returns