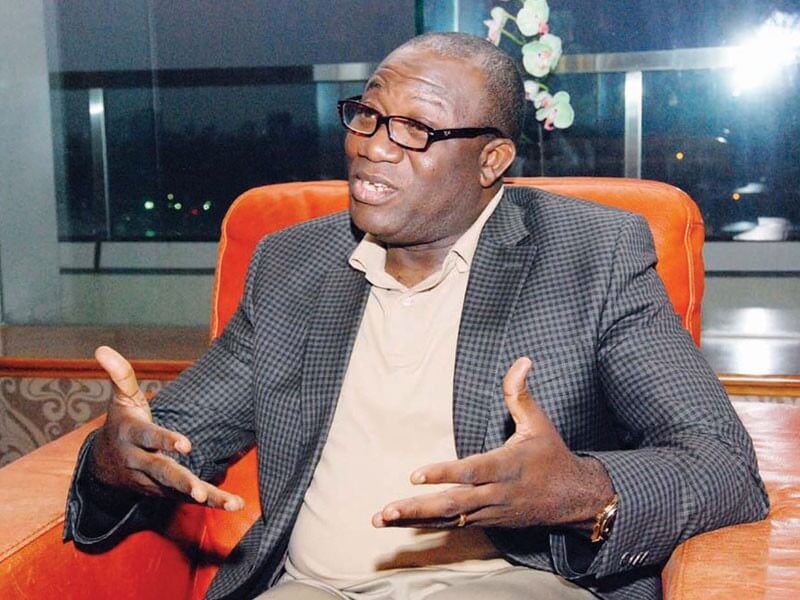 Minister of Mines and Steel Development, Dr Kayode Fayemi, has disclosed that the newly inaugurated National Council on Mining and Mineral Resources Development (NCMMRD), will help accelerate growth in the sector through adequate oversight and guidance as well as strategic input from states and host communities.

Mr Fayemi made this known on Thursday in Abuja while speaking at the inaugural meeting of the council members.

The Minister noted that the sector had witnessed an unprecedented consistent growth in the last two years, adding however that the growth would be accelerated with the emergence of the National Council.

He charged the council members, majorly state commissioners and Permanent Secretaries in the Ministries of Mining and Minerals, on the need to be alive to the responsibility of wealth and job creation.

He further said with their dedication, the sector would take a major leap in the quest to make Nigeria a mining nation.

Mr Fayemi said the sector was primed to experience massive growth over the long term through a robust institutional and governance framework that provides adequate oversight and guidance, stronger participation and shared responsibility from the states and communities as well as building a solid archive and database of geo-sciences research and data that actively encourages investor participation.

He added that through the council, the sector would enjoy a thriving enabling environment that provides the key support infrastructure and services that enables the industry to flourish.

“I am convinced that Nigeria’s Mineral Resource endowments can be optimally exploited for the benefit of Nigerians through collaborative governance of the Mining Sector by governments and communities at all levels – this event is a huge step in that direction and we appreciate you for being a part of it,” the Minister said.

Speaking further, the Minister noted that the ministry had recorded a major breakthrough in funding and in providing access to capital and financing to artisanal and small scale miners.

“Already, we achieved a 300 percent increase in revenue (royalties and fees) between 2015 and 2016, and as at July of this year, the sector had already surpassed the entire revenue of N2 billion generated for the whole of 2016.” he said.

Mr Fayemi identified the signing of a ‘Modified Concession Agreement’ between the Federal Government and Global Infrastructure Nigeria Limited, which resolved the protracted litigations surrounding the ownership of Ajaokuta and NIOMCO, as one of the major achievements of the ministry.

“The implication of the signing is that ownership of Ajaokuta Steel Company Limited has now reverted to the FGN, and we can now proceed to engage a new core investor with the financial and technical capacity to run the steel complex.

The operationalisation of ASC will provide the needed inputs to support the infrastructure requirements of the country and lead to import substitution, and save the country about 3.3 billion dollars annually spent on the importation of steel products.

“To stem the illegal trading of minerals, the ministry has registered over thirty Mineral Buying Centers, and enacted the Revenue and Reporting Compliance Agreement with the Nigeria Customs Service, which has improved the policing of mineral exports.

“With the successful hosting of the inaugural edition of the NCMMRD, we have covered a major milestone in the implementation of the Roadmap for the sector, and at the same time set in motion a chain of positive outcomes. As we look to the future, we remain focused on working with stakeholders to deliver on all other provisions of the Roadmap. He added.

Earlier in his welcome address, the Minister of FCT, Mallam Mohammed Bello, had lauded the ministry for the recorded growth in the mining sector, adding that he was optimistic that the sector would witness greater growth with the coming of the Mining Council.

Kebbi State Governor Abubakar Atiku Bagudu, said the necessary ingredients of growth were being put in place in the sector, adding that Kebbi State, though noted for its rice cultivation in recent time, is keen on making maximum gain from abundant gold deposit in parts of the state.