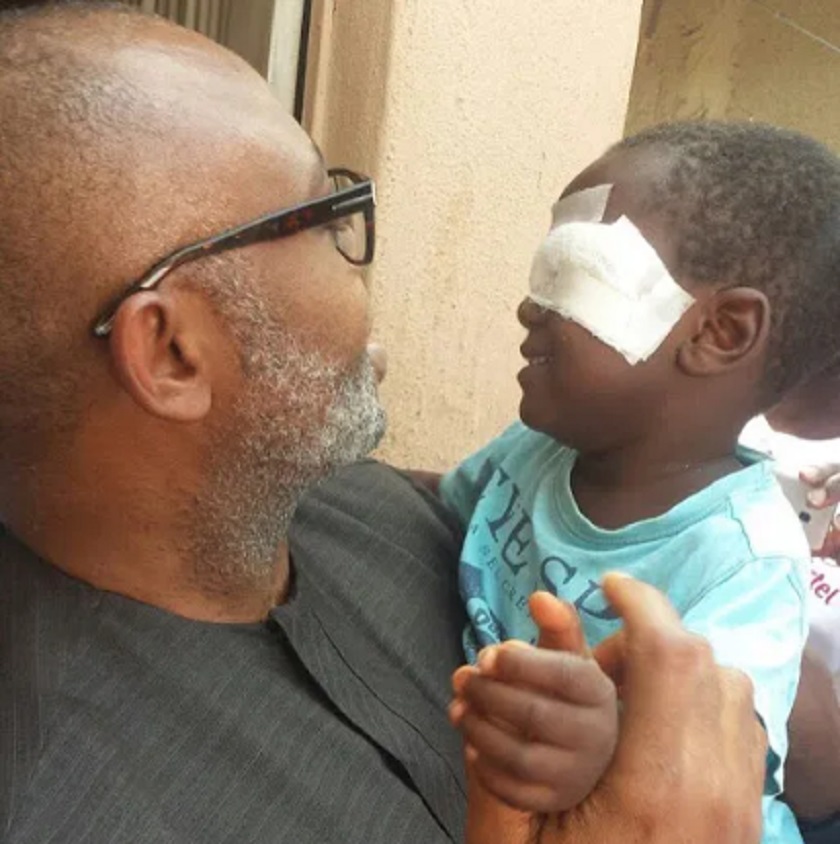 The prompt intervention of one of the leading telecom companies in Nigeria, Airtel, in giving succour to a little boy, Master Sadiq Usman, has been applauded by a teacher.

In 2016, Sadiq was kidnapped and blinded by unknown persons suspected to be ritualists and his life almost crumbled but Airtel came into the picture and today, he now lives a surprisingly more productive life as a young student.

According to one of his teachers, Mr Ibrahim Yusuf Morah, the cash and equipment donations from Airtel and its employees made it possible for the school to reintegrate the boy.

Mr Morah is the lead tutor and head of the Special Education Unit at Professors International Group of Schools in Tudun Wadan, Zaria, Kaduna State.

Today, the teacher said, “Sadiq is in Primary 2 and one of our best students in the school –we have a nickname for him; we call him Professor.”

As a three-year-old, Sadiq Usman was seized from his neighbourhood in the Jushi area of Zaria by suspected organ thieves still at large. The assailants gouged out the pre-schooler’s eyes and abandoned him in a remote part of the town. The horrific incident devastated the boy’s family of eight and threw the village into a panic.

After passers-by found Sadiq and took him for treatment at the Ahmadu Bello University Teaching Hospital, Professors International Group of Schools, Zaria offered to assist his indigent family by training him for free.

However, said Mr Morah, “We weren’t equipped with all the standard materials and apparatus needed to facilitate his learning. Although we were able to acquire the ones we could afford, what we had still wasn’t enough to fully help the boy with the academic support he really needed.”

Some of the items presented included a Perkins Brailler, a laptop computer, a Braille Coacher, a Crammer-style abacus, and a Taylor frame, among others. Since this intervention three years ago, the teacher confirmed that Airtel has continued to completely pay for Sadiq’s education.

“After Airtel started paying [Sadiq’s] tuition fees, more people have reached out to us, asking to help, too. Some have donated clothing materials, among other things, for his upkeep. One person even donated a car to help with his transportation,” he added.

Airtel’s donations towards Sadiq’s rehabilitation have been beneficial, not only to the boy but also to his teachers, according to Mr Morah.

“Really, not only has Airtel’s contributions significantly helped him; it has further propelled me to tutor him better than I ever could,” he said.

Remarkably, he noted, the pupil has taken well to all the equipment provided by Airtel. “He particularly likes using the laptop Airtel got him as it came with a computer program called JAWS, which allows the visually impaired to read and operate a computer, using text-to-speech.”

Sadiq is also said to have developed the needed capacity to use a typewriter when there is no power on his laptop.

This “is a remarkable feat, considering the fact that most visually impaired children do not operate Perkins Brailler efficiently until they are about ten years of age. He started to type efficiently when he was only in primary 1.

“Another remarkable achievement is that Sadiq is now multilingual as he speaks four languages fluently, including French, Arabic and, of course, English and Hausa,” Mr Morah noted.

When Sadiq learnt of how the telecom company had saved him, Mr Morah said the school staff observed his gratitude.

“It gave him hope and we saw him go from being withdrawn to jovial and cheerful. Today, he feels loved and he understands what compassion means,” the teacher said.

Related Topics:Sadiq Usman
Up Next 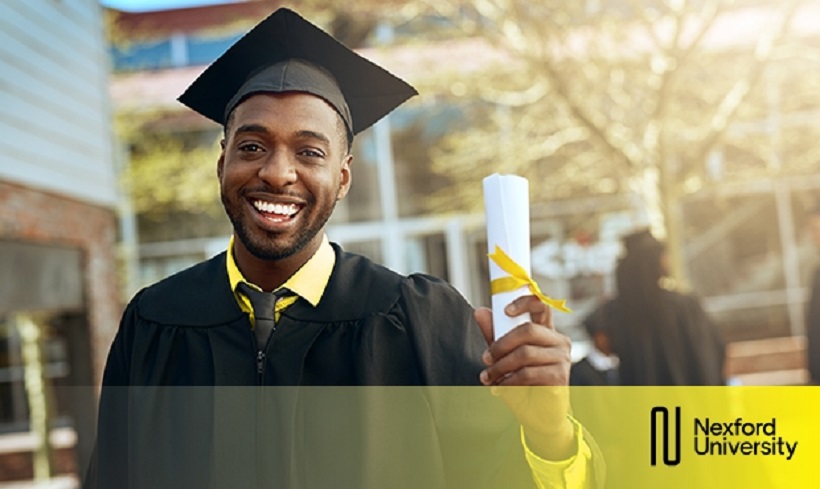 The latest round brings the total funds raised by the company to $15.3 million, following a $4.5 million seed funding gotten in 2019.

Its graduate degrees are business administration, advanced AI, e-commerce, hyperconnectivity, sustainability, and world business. Students study at their own pace once they get admitted into the school

The tuition structure is different from traditional universities. Its accredited degrees cost between $3,000 to $4,000 paid in monthly instalments.

In Nigeria, for instance, an MBA costs about $160 a month, while a bachelor’s degree costs $80 a month. The faster a learner graduates, the less they pay.

Nexford University has learners from 70 countries, with Nigeria being its biggest market. The school also has blue-chip partnerships with Microsoft, LinkedIn Learning, and IBM to provide access to tools, courses, and programs to improve the learning experience.

Speaking on the development, Mr Fadl Al Tarzi, CEO of Nexford University, “In 2021, it is not acceptable for less than 10 per cent of the world population to have a college degree, or for student debt in the US to be over $1.6 trillion. Now, with additional funding, we can invest in the technology and teams required to address these challenges.”

Adding his input, Mr Iyin Aboyeji, Future Africa’s founder and general partner, called the company a game-changer for higher education in Africa because it focused on the future of learning.

“During the pandemic, while many universities in Nigeria were shut down due to labour disputes, Nexford was already delivering an innovative and affordable new model of online higher education designed for a skills-based economy,” Mr Aboyeji said.

On his part, Mr Noor Sweid, general partner at Global Ventures said, “We are thrilled to partner with Fadl and the Nexford team on their journey toward expanding access to universal quality higher education in emerging markets.”

Launched in 2019 by Mr Fadl Al Tarzi, Nexford University is filling affordability and relevance gaps by providing access to quality and affordable education.

Nexford University is a Washington-based, tech-enabled institution that leverages machine learning and Artificial Intelligence to create a data and skills-driven curriculum.

The university was founded on the beliefs that a lack of education is the root cause of most world challenges and that people should be able to access economic opportunities irrespective of physical location. 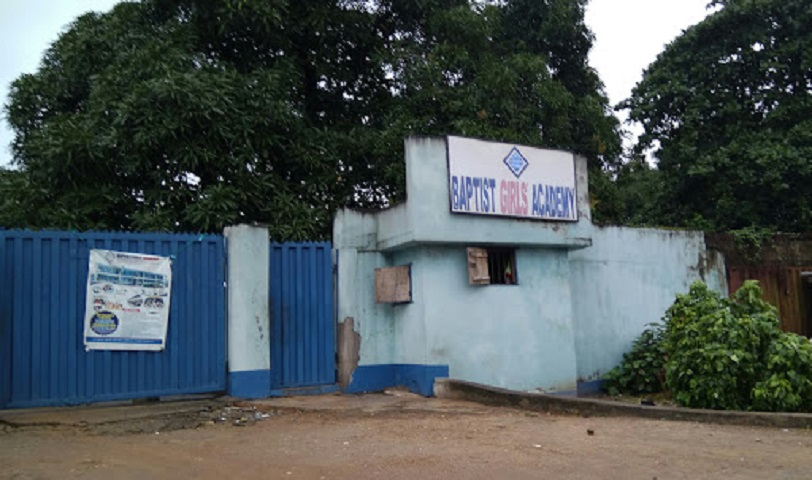 The Baptist Girls Academy defeated four other schools to clinch the 2021 edition of the Secondary Schools Quiz Competition organised by the Chartered Insurance Institute of Nigeria (CIIN).

Speaking on the competition, the President/Chairman of CIIN, Mr Muftau Oyegunle, said the quiz competition was borne out of the organisation’s desire to enlighten and introduce young minds to the amazing world of insurance.

He explained that the initiative is also aimed at promoting the significance of underwriting in humans’ daily lives, community development, poverty elimination, economic advancement and world peace.

“Insurance ensures that we have adequate safety nets against the misfortunes of life by providing compensation for its customers that enable them to survive the adversities of life.

“Hence, insurance provides us with a means of protecting ourselves and our families from unexpected but possible financial losses while also enhancing the capacity to build wealth,” Mr Oyegunle said.

He charged the students to consider insurance as a choice of career as the industry could do with the brightest minds the country has to offer.

“This competition is designed to create awareness amongst you, the young adults, who we consider the future of our industry, about the importance of insurance as a service and the career opportunities it offers to students like you.

“It is my belief that whatever you have learnt in preparation for the competition shall impact your lives positively. Similarly, the knowledge and information you receive here today would assist you in your carrier choice,” he said.

The insurance expert expressed hope that the students would maximize the opportunities which the competition provides and make insurance their course of first choice when going into the university.

He submitted that the competition was not all about winning but also about having fun while learning more about the sector.

Students who want to test their Mathematics prowess can begin to register for the QuickLearning Mathematics Contest (QLMC) Nigeria.

The organisers said intending participants have till Sunday, July 4, 2021, to enter the competition and entry into the competition is absolutely free with over N3 million cash prizes will be won.

QLMC Nigeria is open to JSS3 students attending full-time secondary education in both public and private schools in Nigeria and registration for the competition, which are in two stages: Stage One is the Qualifying Online Examination and Stage Two the TV Quiz Show, is going online at www.mathematics.quicklearning.africa

It was disclosed that for the 2020/21 maiden season of QLMC Nigeria, each school is allowed to register a minimum of five or a maximum of 20 of their best JSS3 math students, irrespective of their gender, religion, or state of origin, to write the online qualifying examination. This is to expose as many students as possible to computer-based testing methods at an early stage in life.

The qualifying examination will be on the QuickCBT platform which the students can write from anywhere, such as their schools, homes, or café using their laptops or smartphones thereby providing flexibility.

The idea is to encourage good participation without exposing the students to various hazards such as travel, logistics and health risks.

From the large number of students that are expected to write the qualifying examination, only the best 54 based on scores earned will be selected for the next stage – TV Quiz show for the ultimate prize (students and teachers) and bragging rights of ‘The Quicklearning Mathematics Champion, Nigeria’.

The contest, which is mainly for critical thinking math geniuses in secondary schools in Nigeria, is being packaged by JustMedia, Africa’s foremost developer of educational quizzes.

The organisers noted that there is a need to close the gap between the critical thinking ability of average African students and their peers across the globe.

It was disclosed that to assist the participants, all JSS3 students, including the duly registered students for the exam, will be offered free prep classes (weekend online classes manned by reputable math tutors) to help them prepare for the highly competitive qualifying exams with the support of the National Examination Council (NECO).

The free prep classes will be delivered on the Quicklearning platform, a secure e-learning platform for curriculum-based after-school studies, exam coaching and vocational studies.

Quicklearning offers unique features such as a secure teaching platform for students, a pool of verified competent tutors, a wide range of school subjects/curriculum, hobbies, periodic evaluation/aptitude tests with over 350,000 past questions – objective, theory and answers of major examinations, homework assistance and scholarships for outstanding students.