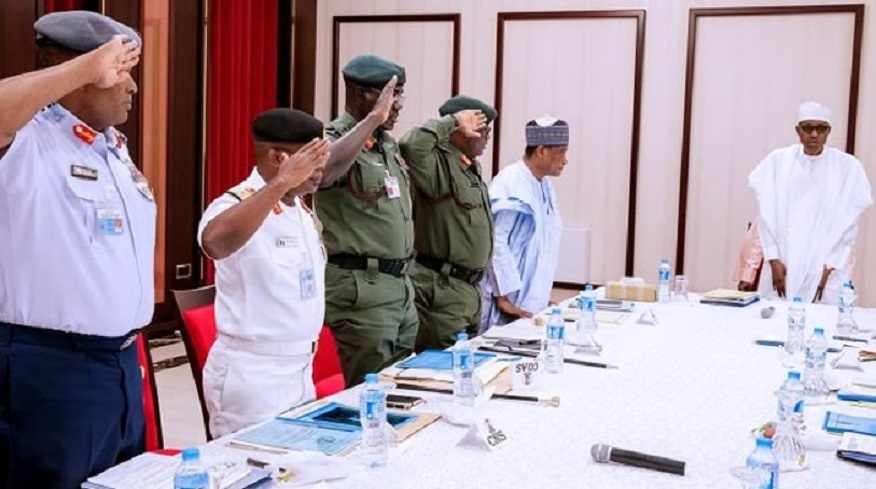 President Muhammadu Buhari has been asked to resign from office for not being able to govern the country appropriately.

This call was made on Wednesday by Senator Enyinnaya Abaribe, who is the Senate Minority Leader.

At the plenary today, the lawmaker said President Buhari has failed to adequately secure the lives and properties of Nigerians, one of the main responsibilities of government.

“If you want to treat an issue, you go to the head. We did not appoint the Inspector General of Police or the security chiefs. We will go to the president and ask him to resign,” Mr Abaribe declared at the plenary.

Despite being interrupted by the Senate President, Mr Ahmad Lawan, the interrupted the federal parliamentarian from Abia State emphasised that, “Nigerians voted (the ruling All Progressives Congress) APC because they promised to tackle insecurity but they have failed.”

The member of the opposition Peoples Democratic Party (PDP) said the President has failed when it comes to security in the country, lamenting that things are getting worse than they were before this administration came into power in 2015.

According to him, it is absurd for President Buhari to say he was surprised at the rising insecurity in the country, wondering what his security chiefs have been updating him about security situation in the country.

Mr Abaribe was making comments on the present situation in Nigeria when the Senate discussed a motion on national security challenges and the need to restructure Nigeria’s security system.

But his stance on the issue caused uproar at the red chambers as some members of the Senate, especially from the ruling party, kicking against his call for the resignation of President Buhari.

One of them, Senator Abdullahi Adamu, a former Governor of Nasarawa State, condemned Mr Abaribe for his comments, demanding that he withdraws them.