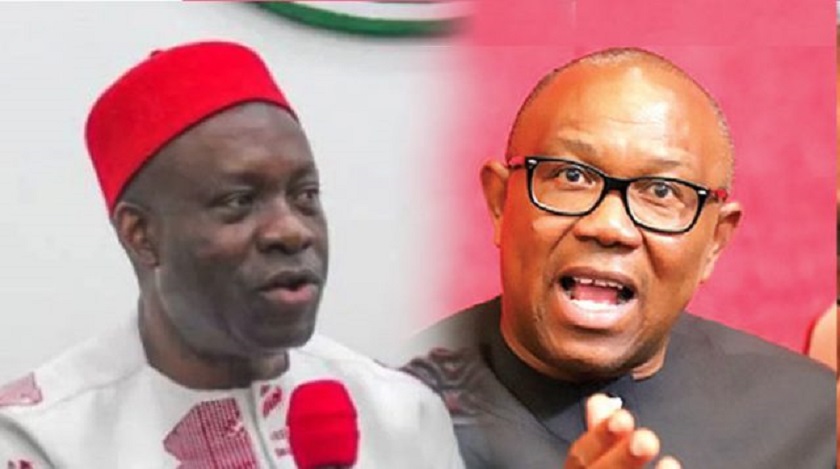 Nigerians have been urged to ignore a “few inconsistent and selfish” Igbo elites fuelling the anti-Peter Obi campaign ahead of the 2023 presidential election.

This appeal was made by a prominent pan-Igbo socio-political pressure organisation, the South East Revival Group (SERG).

In a statement, the organisation said these persons were “on a wild goose chase if they believe that any of the Peoples Democratic Party (PDP) and the ruling All Progressives Congress (APC) presidential candidates are interested in uniting the country through fairness and equity as they have equally exhibited selfishness in their quest to emerge as flag bearers.”

SERG was reacting to the reports credited to some elites of South East extraction, which have been making anti-Peter Obi comments.

In a statement signed by its President and National Coordinator, Mr Willy Ezugwu, the group said there was no going back in the “total support for the Labour Party presidential candidate, Mr Peter Obi, across the country.”

It maintained that “the fact that individuals who are part of the country’s failed leadership are exposing themselves is a good development in the build-up to an emerging new Nigeria.”

Recall that some PDP and APC chieftains have been urging the South East to support their presidential candidates in exchange for their support for the emergence of a South Easterner as President after their tenure.

But SERG said, “We recall that in 2017, a chieftain of the APC, Arthur Eze, had called for support from the people of the South East for the administration of President Muhammadu Buhari, stressing that it is only through President Buhari that the quest for Igbo presidency can be actualized.

“Arthur Eze, who is the founder and chairman of the oil exploration company, Atlas Oranto Petroleum, made the call in Abakaliki during Buhari’s visit to the state in 2017.

“At the end of the day, the Governor David Umahi he was positioning for President got disappointed when he didn’t get support from Mr President to emerge the presidential candidate of APC, despite dumping his party, the PDP, to join APC in anticipation that President Buhari will endorse him.

“The same game is on ahead of the 2023 presidential election, and this time, Anambra State Governor, Prof. Charles Chukwuma Soludo, is the bait they are using to deceive a few Igbo elites that a support for APC or PDP in the presidential election will ensure that a President of Nigeria of Igbo extraction will be made possible whenever the PDP or APC candidate may have finished his tenure.

“If the support of the likes of Arthur Eze and David Umahi for APC did not translate into support for an Igbo to emerge Presidential candidate of the APC in 2023, which is what is fair and just, it will be unthinkable to believe that the emergence of an Igbo as president will be possible as being promised over the years.

“Nigerians are fully aware that it is unjust, unfair and devoid of equity for another Northerner to succeed President Muhammadu Buhari in 2023. How can a Muslim northerner replace a Muslim northerner in 2023? Is it just? Is it fair? Is equity not lacking in that?

“Nigerians of good conscience know that PDP unjustly denied the Igbos the presidential ticket contrary to its zoning arrangement as enshrined in the party’s constitution.

“In the same vein, it is unfair and unjust to the South East for a Yoruba southerner to succeed President Buhari after Chief Olusegun Obasanjo, a Yoruba, completed an eight-year tenure as President and the Yoruba has a sitting Vice-President who would have completed his eight years in 2023.

“As for Senator Adolphus Wabara, who claimed that Alhaji Atiku Abubakar will hand over to an Igbo, how can that be when no South East man or woman was good enough for the position of a Vice-President in Atiku’s planned government in 2023?

“Is Senator Wabara telling us that an Atiku who desperately and deliberately usurped the turn of South East in his party and ensured the total desecration of the provision of the PDP constitution on zoning will now hand over to a South East person after his tenure?

“Therefore, we are happy that the 2023 presidential election has become a clear tool in the hand of God, and some individuals who hate Nigeria and love only themselves are being exposed on a daily basis.

“We’re equally happy that people of good conscience across the country, who are obviously in the majority, are rooting for justice and equity, which is what the presidential bid of Peter Obi represents.

“It is a quest for true unity, peace and prosperity of Nigeria as a country.

“Nigerians have seen that Peter Obi is competent, prepared and divinely favoured to win the 2023 presidential election, and they are set to actualise it.

“Peter Obi himself has on several occasions urged Nigerians to vote for him as a Nigerian, not because he is an Igbo man.

“That is a man who has a heart of a true leader and is ready to bring about a new Nigeria where peace and justice shall truly reign for the benefit of Nigerians from all works of life, irrespective of political party affiliation or religious beliefs.

“Peter Obi represents the true Nigerian spirit, not the selfishness of the leaders who have kept the country in captivity over the years for personal benefits.”