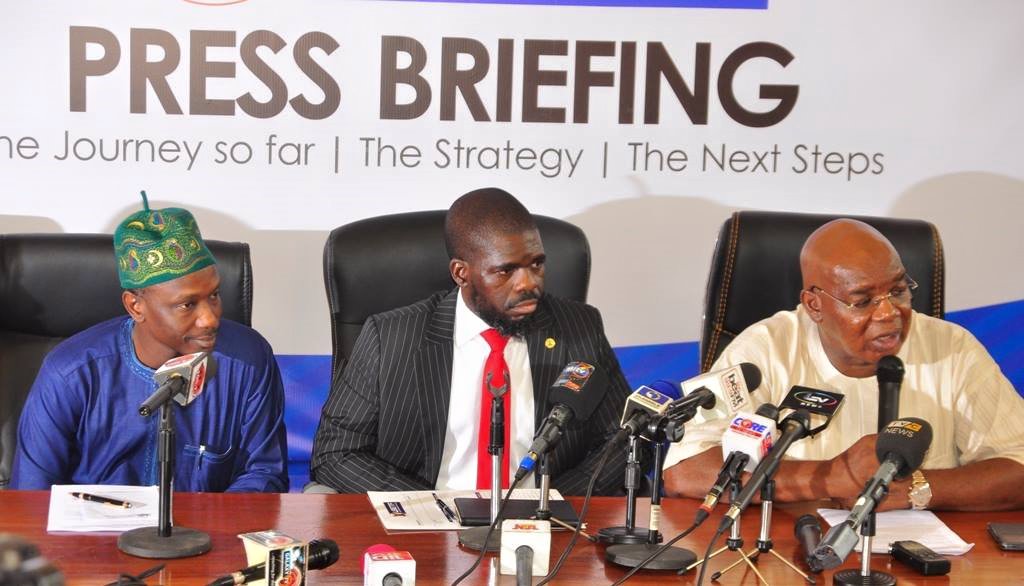 Not less than 100,000 entrepreneurs are expected to access the N25 billion Employment Trust Fund put in place by the Lagos State government.

Addressing newsmen in Lagos on Monday at the Bagauda Kaltho Press Centre, Executive Secretary of the Lagos State Employment Trust Fund (LSETF), Mr, Akintunde Oyebode, pointed out that the financial support was aimed at helping Micro, Small and Medium Enterprises (MSMEs) in the state grow.

According to him, by 2019, 100,000 entrepreneurs must have benefited from the trust fund, but stressed that beneficiaries would have to fulfil some obligations, including being duly registered by the Lagos State Residents Registration Agency (LASRRA) among others.

Mr Oyebode noted that the fund was in line with Governor Akinwunmi Ambode’s vision to create employment and entrepreneurship opportunities for all Lagosians.

He disclosed that the Board set up to manage the funds had spent the last few months perfecting strategies and addressing grey areas ahead of the commencement of the disbursement of the funds later this year.

Explaining further, he said the Board of Trustees embarked on several strategy sessions to define the mission, vision, core values and strategic framework to guide the Fund’s activities.

“After the completion of the research exercise, the Board working with its appointed consultants developed a strategic framework articulating the goals of the Board, the key interventions designed to enhance job creation, and the supporting infrastructure needed to deliver the set goals. This exercise has now been concluded and approved by the Lagos State Executive Council,” he said.

Highlighting some of the framework for the disbursement, Oyebode said the fund would provide loans to MSMEs at a single digit interest rates per annum, while training and capacity building and technical support would be provided to drive growth and job creation.

“The businesses we support must demonstrate capacity to repay our loans; be owned by Lagos residents duly registered by the Lagos State Residents Registration Agency (LASRRA); show evidence of tax payments to the Lagos Inland Revenue Service (LIRS); and have valid Bank Verification Numbers (BVNs).

“In addition to our MSME financing schemes, we will also train unemployed residents to either take up identified jobs or run their businesses,” he said.

Mr Oyebode added that in adherence with Section 6 of the Lagos State Employment Trust Fund Law of 2016, the Board has forwarded the Operating Guidelines outlining the proposed interventions and eligibility criteria for approval by the Lagos State House of Assembly.

He expressed optimism that the fund would have multiplier effect with the capacity to create 300,000 direct and 600,000 indirect jobs while about 200,000 new tax payers would be added to the State’s tax net.

He said that the LSETF Board, in order to ensure sustainability of the Fund, has set its target to raise a minimum of N25 billion from domestic and international donors, in addition to the N25billion already committed by the State Government.

“Once the pilot phase is completed, we will roll out our loan schemes in all 57 LGAs and LCDAs across Lagos State. The full rollout will see us visit all LGAs to hold stakeholder sessions, where our staff will educate applicants on the application process, and the eligibility criteria for our various schemes. We are also in the process of setting up liaison offices in 20 LGAs, to bring the Fund’s activities closer to the people, and increase our points of representation to serve Lagos residents,” he said.

Corroborating him, Commissioner for Wealth Creation and Employment, Dr Babatunde Durosinmi-Etti said Governor Ambode’s administration was committed to ensuring the fund impacts on the lives of Lagosians.

He lauded the plan by the LSETF Board to set up offices in 20 Local Governments in the State, saying that it would go a long way to ensuring that no area is marginalized.

“It is important that this process has taken considerable time, we need to make it work and also ensure that it is to the benefit of all Lagosians,” Mr Durosinmi-Etti said.

Adding his voice, Chairman, House Committee on Wealth Creation and Employment, Mr Sola Giwa, assured that members of the House would give the Operational Guidelines of the fund expeditious passage.

“This is one of the pivotal promises of Governor Ambode and I can assure you that the House would do its best to ensure that we do it right,” Mr Giwa said.