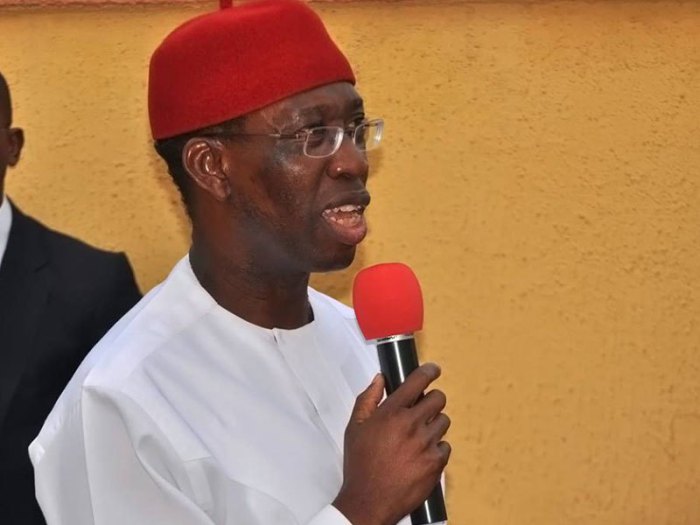 A statement issued by his Chief Press Secretary (CPS), Mr Charles Aniagwu, explained that the move was part of steps “to fully realise the administration’s SMART Agenda.”

He said further that the three Commissioners were redeployed so as to deliver on his electioneering campaign to the people of the state.

Also, Mr Chika Ossai, formerly of Special Duties, is the new Commissioner for Lands and Survey.

The statement disclosed further that the redeployment takes immediate effect.

Related Topics:okowaOkowa Reshuffles Cabinet
Up Next

UN Seeks $1b to Save Millions in Northeast Nigeria